I actually play with a controller.Only games i play with controller are action rpg.I usually just go passive builds as i am lazy af

.I doubt asylum or mamba would have a problem with implementing this into there mods as it’s a camera mod it doesn’t physically change the game play of the mod.Having this with super spawn can actually be fun to see there twisted smile while they pounding on you

I doubt asylum or mamba would have a problem with implementing this into there mods as it’s a camera mod it doesn’t physically change the game play of the mod.

Actually it does physically change the game play as it is locked in super close by default. I doubt they would add it in to their mods as-is… certainly not as restricted as that.

Another option instead of merging mods for someone who decided to use this mod
permanently is to hard mod the game with it and then use custom mods on top of it.

If the issue is the super closeness, I could try to release a version that has the closeness but also allows normal camera play for grimarillion or anyone else who would like to merge the mods. I did not do that at first because in my first experiments with Grim Cam, it seemed that having more camera positions available made the fps drop overall, so I locked close in for better fps.

However, I am not sure if that is an issue solely with Grim Cam as I`ve not tested otherwise. I might release it this weekend.

This simple mod really does literally give a new perspective on the game.
I not only intend to play with this much more, but it is also going to lead me to learning how to merge mods, so I can play with this camera angle with other content.
Thank you for making this mod.

@benderwaka
You should try modding, it is actually fun. Much better if you have friends who are receptive to changes. There are a few quirks in regards to the tools but once you figure them out, it is a nice experience.

On a side note: I sent a message to ASYLUM101 asking about a merge with grimarillion. Let’s see what he says.

That would be wonderful, of the mastery mods, Grimarillion is my favorite.

The script makes the camera rotate

You could define it to work only at edges of the screen
but then it wouldn’t be really automatic because you’d have
to purposely move your cursor there whereas with more
aggressive config / bigger regions where it works when you
move to i.e. North East camera rotates naturally (automatically)
when you do it and you don’t have to do anything else.

Here’s the video with cursor 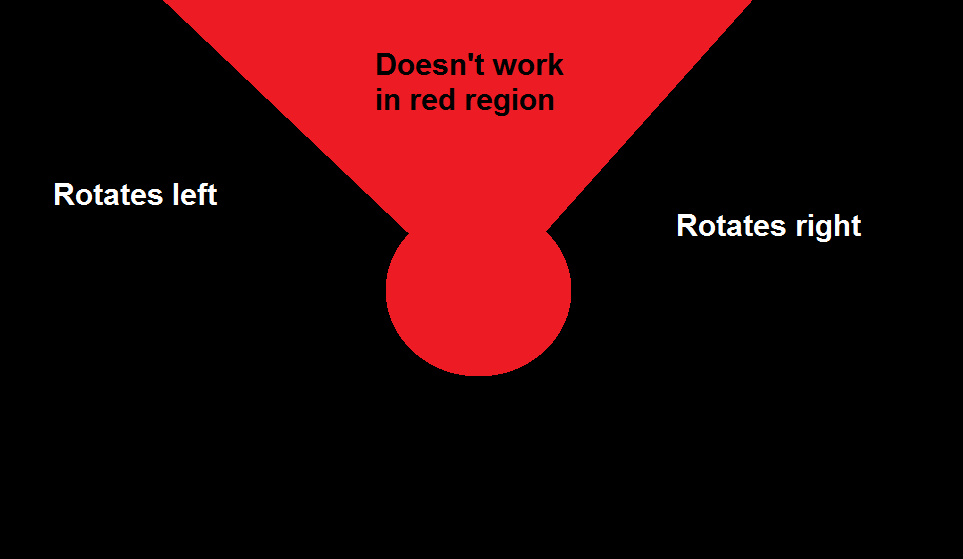 [edit] I should say clockwise for Left Side of the Screen / counterclockwise for Right really.
These right / left directions probably match in-game keybindings terminology.

How does the camera fare in more difficult content? Anyone test that yet?

By the way this looks amazing, not gonna lie.

I’m doing a playthrough with a friend and we are reaching Burrwitch by now.

In terms of gameplay, you can consider it a small handicap against you since you do not have the full view of the field, therefore if your thing is to attract an huge crownd and do an area skill to kill them in one strike, you might find it slightly harder to perform since your field of view is changed.

In terms of fps, more closed in camera angles make a very small fps drop (1 to 3 points), but that might be because I am using shaders which already drop my fps naturally, so depending on your machine, you might not even get it at all.

Also dungeons look amazing. Did the infested well on the prison and boy, what an experience. Might post more pics this weekend.

@Pierre @powbam
Side note to whoever is interested: Asylum authorized me to make a merge of grimarillion and this mod. Will release it this weekend.

EDIT: Sent the merged mod to ASYLUM, as soon as he uploads it, I will put the link here.

New update is up. It should give some zoom control so you can adjust the zoom a little more to your liking. This is an intended feature that was not working for an unknown reason, it should work now. Thanks to the guys that reported it to me.

Asylum uploaded a version of grimarillion merged with this mod. Here it is.

A few more item reworks/tweaks and a bunch of fixes to some behind the scene stuff. (not listed in changelog) Back up your stuff before updating just in case, should be fine though.

Man Asylum added this to grimmilion and i have to say.This is the most fun i had in grim dawn in ages.Playing my second favorite class aka nature and those wolfs looks sick af close up.Thatnk you for bringing new perspective to Grim Dawn.

Only small problem is that you can’t see behind the walls but that’s not your fault as that has never been added to the game itself.Not a big biggy though as i play on a controller and it auto target in most cases.

EDIT:Ok just some places you can’t see through walls.

Some walls can be visible if you get close enough, such as house walls. Others seems to not do that like cave walls. I have to investigate further to know what can be done about it.

However if you are playing with a controller using the steam configuration you can easily rotate your camera with the right analog. I am not sure if the game default gamepad config comes with this, but I believe it can be configured.

It should rotate both up and down and left and right. It offsets a bit this problem. I assume grimarillion is using TPC 0.2 so you should be able to rotate up and down as well.

I will release a new version if I find a decent solution for this issue.

.I use an xbox controller and it works the same.I love this version as it let you appreciate the attention to detail.

A question about that video:
Your video shows no mouse cursor. When linked by meiamans in the opening post, it even shows an altered mouse cursor.
I´d love to change mine to a more distinguishable like that bright white one. How did you do it?

It’s YoloMouse. I change the color base on the damage type I play