Hello guys im new in the game havent created my first caracter yet waiting to get a build i like but …
is it me or all builds i see are like auto attack base builds? i come from poe i’m a melee player but this looks soo strange

Welcome to the game and to the forum.

What do you have game-wise? Just the base or the expansions as well? Makes a difference to the advice we give you.

No, they’re not, they’re separate expansions and to play Forgotten Gods you must have Ashes of Malmouth installed. So you need that as well.

If you have the expansions then I will recommend that your first build is based around a farmable set, for a stronger gear farmer.

One farmable set is the Krieg set, which I would recommend the deathknight class for, this is usually leveled as a forcewave build, a casting By but can be played as melee end game.
Such as:

[image] Picture with all permanent buffs + Ulzaad’s Decree active Deathknight is often said to be a good build for beginners, the reason being the uniqueness of Krieg set. Unlike most items in the game that are random drops, this set can be acquired by farming certain bosses in Malmouth. The fact that you still somehow need to farm it is often omitted though. This guide is intended to provide guidelines to playing Deathknight before he gets Krieg set and Mindwarp. Grimtools link (click me)

The dark of set is also farmable and can be played similarly to a PoE totem build as ritualist.
Such as this:

[download] ^How I feel everytime I make a build using eldritch pact. I love how those projectiles look like they are shooting out from my crotch. #turndown4what Thanks to…: @StrUktO @mad_lee @cinder @Nery @valinov @x1x1x1x2 (but fuck you too, because formatting this thing is such a pain

These two sets are versatile and can be played a few ways, search around.

Another option is blademaster. Not too flashy but good DW melee here is a guide for first character.

[rocky1] beaten-up player ready to quit Grim Dawn So you are near the endgame and your build just doesn’t come together, you are out of luck. In fact, you can’t catch a break: every big item you find is for someone else. The plan you had in mind (maybe you’ve been following some guide) falls apart because the game is almost finished and you can’t even farm lower shards or Crucible waves. Maybe you feel like trading is cheating or maybe you are just shy? Maybe you don’t like any of the existin…

These are but the tip of the iceberg. There are many beginner builds.

Looking for a Starting Build? Don't have gear? Are you Shiny and New? Classes, Skills and Builds

Thanks for all the tips! some of us have figured out “starter builds” already Here are some more:

Hope I was of assistance, and good luck. 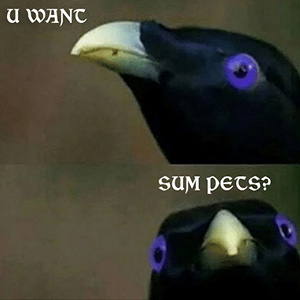 You beat me to the punch, I was just about to suggest pets or… Dark One Cabalist/Conjurer/Ritualist.

But if your goal is to reach end game and farmed, then you have to play something which isn’t too gear dependable.

But OP needs to decide what style prefers, so we can narrow down our suggestions.

But if your goal is to reach end game and farmed, then you have to play something which isn’t too gear dependable.

Pet builds can go more than half the way without any items. Once I find some motivation for my lazy butt, I need to see if I can make a Pet build reach 100 without items

Hey, figured I’d jump in on this topic, rather than starting my own, as I’m a similar position to the OP in terms of what I’m looking for (though I have got a few low level characters I’ve made and 2 characters in their 60s from when I played ages ago pre-expansion - before the group I was questing with stopped playing). Hope that’s okay.

Basically interested in eventually/potentially playing quite a few characters into the end-game so would like to start by focusing on one to get to ultimate/lvl 94 who can farm gear for the others. I’m keen on DW Melee Dervish or Ranged Purifier stylistically/thematically - what are everyone’s thoughts on turning these into gear-farmers without already having specific gear for them?

I had a look at Stupid_Dragon’s Dervish guide and it’s pretty helpful, but figured I may as well ask here in case anyone has any tips or alternatively wants to dissuade me from either of those classes for this purpose or if one makes much more sense than the other (I’m okay with the idea that it might be better to come back to them post-gear, though I guess I’ll have to work out for myself what impact that has in terms of fun vs efficiency).

Anyway, thanks in advance for any help!

Just read the above posts (and look at links) from mine down. That is probably the type of advise you would get too. Good luck.