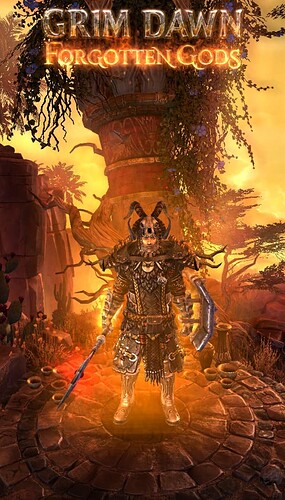 This was my first hardcore character. It was built from the ground up solo self-found. The primary goal for the build was to find a good balance between building up character defenses (over-capped resists, all crowd-control resistance capped, run speed capped, high enough DA to not get crit, reasonable armor/absorb, and at least one circuit-breaker) and building up enough pet offenses to have decent kill speed. I wanted the build to be able to clear a broad range of content, but wasn’t focused on it being the fastest at any particular clear/kill.

The build has 5 green MIs - which means it’s not practical to (legitimately) copy exactly, but which also gives a fair amount of flexibility to mix and match different affixes between all of them to fix any resistance holes etc. There are clearly better rolls / affix combos that could be found on the MIs in the posted build - but this is the best combined set that I’ve acquired so far. Note that as of the latest update for 1.1.9.3, the affixes here are pretty good - I’ve been playing this character for more than a year now and have spent large amounts of time target farming these items. So, don’t expect to find a similar set quickly. That said, the build can very much function with less rare/optimal combinations - you can take a look at some of the ones I used in earlier versions for ideas.

Here are some screenshots of the actual in-game stats (out of combat without any temporary buffs/procs active, except blood of dreeg). 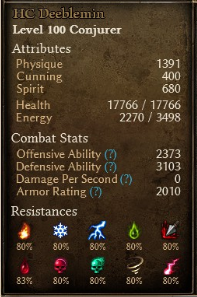 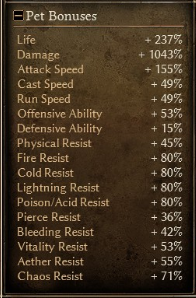 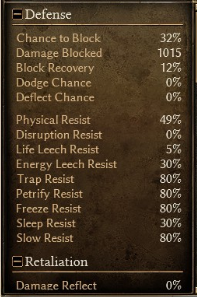 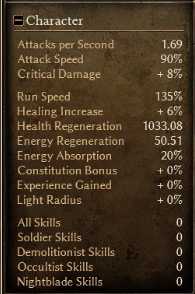 Here are some videos to demonstrate performance of the build (as of 1.1.9.3). Note that this is just me running around and doing each of these once - no time for multiple tries and cherry-picking especially good runs:

I have had a lot of fun with the build, and will no doubt continue to try changing details here and there - but I am pretty happy with how it is doing so far.

Description of updates for 1.1.9.3: Equipment wise, the most noticeable update is probably the move from Bloodsworn Codex to Fleshwarped Bulwark. The nerf to Bloodsworn Codex in 1.1.9.3, removing flat physical damage and reducing briarthorn % total damage, prompted me to explore other options to see how they compared. I was pleasantly surprised to find that for this build at least the Flushwarped Bulwark, which was obviously superior defensively, also seemed to be stronger offensively (based on dummy kill speed) due to the flat physical added to both Blood of Dreeg and Mogdrogen’s Pact as well as the additional skill points to Mogdrogen’s Pact - this was even the case with my well-rolled “Houndmaster’s Bloodsworn Codex of Caged Souls” which has 22% pet attack speed (perhaps partially due to already reaching 200+% attack speed most of the time even with the Bulwark?). The main thing I miss from the Codex is the decreased cooldown on Summon Briarthorn… but that’s mostly a minor convenience right when entering the game world, since circumstances where the pets actually die in battle are pretty rare. Aside from this change, other changes are mostly that I’ve spent a lot of time farming the green MI’s in the build and have managed to obtain a collection of them which all have the “of the Wild” suffix along with some useful resistances on the prefix. This allowed me to move some points from Summon Briarthorn to Vulnerability for the DA shred, and kept pet attack speed high even with the move from the Codex to the Bulwark.

During 1.1.8.1, I leveled up another character targeting this build so that I could post a possible progression to follow for those interested. Not focused on being the strongest/fastest leveler, but shooting for a similar play style / skill set as the endgame build. I tried to grab a grimtools link every 10 levels or so, here they are:

Looks interesting but being a total newbie here, would it be possible for you to add the Devotion path you took please ?

I just added some grimtools links at the end of the original post for a possible character progression targeting this build (up to level 70 so far). Note that these were from a character that I was leveling up targeting the build as of 1.1.7.2, so I’ll be doing a bit of a respec when I continue the leveling to grab Dire Bear instead of Typhos. Hopefully though this gives an idea of one possible devotion path.

Damn, that is well done. Even more impressive since it is on HC. 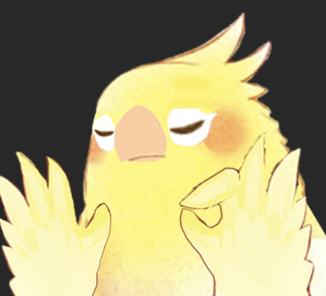 Please, can anyone tell me if this build is still good today, 16th of October 2020?
Is it first tier for all content even on the highest difficulty?

I love summoners/conjurers and want give Grim Dawn a go for real!

Yeah, the build feels stronger to me as of 1.1.8.0 than when I recorded the videos in the original post. I haven’t had a chance to play since the very recent hotfix - but from glancing through the notes it seemed like the most relevant changes may be improvements for crucible buffs for pets, which would obviously only improve performance there.

I don’t know how “first tier” is defined exactly, but I’m happy with its power and ability to clear content. I haven’t played any other pet builds on current grim dawn versions to compare first hand. I know Maya has a wide variety of good pet builds and guides posted if you want to compare to some others.

I will note that this build isn’t the easiest to throw together exactly as shown in a short period of time since it is likely to take some time to farm the MIs with reasonably complimentary rolls so that all resists can be properly overcapped while also including some good pet stats. That said, personally I found it to be a nice power progression to start with just the base MIs without good rolls (which doesn’t take long at all to acquire) and then farm a bit over time to find better rolls that enable different better combinations and allow some more aggressive augments to be substituted in etc. I still include these items in my regular farming runs on the lookout for even better ones.

Hey, Deeble: Thank you so much!

I’ll give your build a serious go starting today. It may take a while but I’ll be back for feedback. Thanks for all the work and the reply!

Sounds good! I’ll be interested to hear about any new ideas you integrate in!

Honestly, this build is probably the best pet build i’ve seen out there.

Just curious if you think your build can beat the Crate of Entertainment boss on softcore only instead of hardcore since its too risky? I know its risky based on how you need to kite away from his crates and not do much aoe to not spawn many crates, but I tested it out on my skeleton cabalist and RE oppressor and couldn’t beat him.

I have little doubt that Crate and Calla should be doable with this build - I do expect there would be some real risk of dying though, depending on piloting etc. I haven’t tried these (yet, at least) since my char is on hardcore and I didn’t need any loot from them.

In case anyone is curious, this build is still very much alive and well as of patch 1.1.9.0. I probably won’t update the original post and record new videos etc. until after any hotfixes settle out and I have time to do so. That said, here’s the build as I’m currently playing it (after a few hours trying out the new patch):

Some changes are due to new MIs with better rolls that I’ve picked up in the interim. The main change I made after the patch was moving points from Conjure Primal Spirit to Summon Hellhound. Primal Spirit is just a 1 pointer now. I didn’t like feeling like so many points were in an ability that was only active ~1/2 of the time, and checking out DPS in GI against a dummy showed nearly comparable damage with the points in Hellhound as well (and notably higher damage while the Primal Spirit was down). I prefer this setup so far for consistency. Another change I made a while back (prior to the patch) was moving 10 points from Aspect of the Guardian into the Mogdrogen’s Pact buff line. With my current MI rolls, poison res on the character is WAY overcapped and phys res was already high enough for my taste without it. And my main tank pets (Briarthorns) already have overcapped poison res as a base stat and should be reasonably near capped on phys res as well.

Question-at l100, you show 4 points in Order on the Devotion tree, which I cannot replicate. I have matched all constellations, and end up at 2. Any info here?

Have you completed the Assassin’s Blade constellation and Ulo constellation completely? On the blade, you might have missed the node to the left of the starter on the hilt as it is optional to getting the proc at the end.

Yes on the Assassin Blade, but cant start the Ulo one, since I need 4 Order, only have 2

Pick up a constellation that provides at least 2 Order (like Lion), to unlock Ulo. Complete it, then refund Lion afterwards at a Spirit Guide.

how do you get more than one briar summon?

The Nature’s Call set when you have all the pieces equipped allows a second Briarthorn to be summoned.

Hey there. Sorry 4 being slow and stupid, english is not my native, so there is some things i can’t get. What is MIs, which is used several times in TS posts?

That stands for “monster infrequent”, a description of which can be found in the official game guide here: https://www.grimdawn.com/guide/items/the-hunt-for-loot/ (In this build, it’s referring to the items that have a green background in grimtools.)

Thank you a lot, man, got it finally