But still we have Thornhides as only options. So nothing remained, and this won’t make builders take other pants for retal, imo.

Nope. Venomskin Legwraps for acid and Runeplates of Ignaffar for fire. The latter specially because of flat OA which helps retal builds.

I agree that specific “Conduits” shouldn’t be removed (Not that I’ve lost any builds yet).

If you are considering doing it, my advice is to start merging certain Conduits together EG merge Chaos Jacks with Chaos Canister Bomb into a single prefix etc.

I have only really one thing that made me scratch my head in confusion and it’s the Frenetic Throw nerf. Last time i checked Vitality and specially Cold PB spam builds weren’t terrorizing Crucible and SR as far as i’m aware.

Removal of +1 to BS Conduit was completely unwarranted. Conduit was a core item on several strong but not op builds. Spite Blademaster did not rely on third Blade Spirit, it just needed Conduit for defenses, third Blade Spirit was merely a little AOE bonus to it. I love that it could be used on Pierce builds and on Cold builds, I personally made two quite creative yet strong builds with it: Pierce caster Infiltrator and hybrid Chillwshisper Trickster. With this item removal I will have to rethink the builds from the get-go. I feel really sorry for the people that followed those guides and got their builds destroyed by one stupid nerf.

Removal of Aether rr from Corruption was also a brainless move, imo. Yes, Lightning builds deserved it (but then, it should’ve happened BEFORE all lightning nerfs), but Aether builds? A lot of Aether builds have only one -RR in mastery (some like Battle Mage got none), that nerf gonna hurt them a lot. And again, for no good reason.

more nerfing/removal of racial damage
Other than that was a pretty great patch imo, and the removal of the BS conduit prefix didn’t hit my build as hard as I thought it did, Runebinder Gem is a pretty good replacement for it (Chillwhisper caster infiltrator).

I’ll just note that racial got added to a few tier one devotions. Gallows, Toad, Wraith, Wretch. These were most always bypassed because they had nothing comparatively substancial before. Now they are at least worth a look for an extra 6 % damage to some type.

Some got reduced, but imho these were and still are full of goodness anyways. Imho it’s better to spread it around. The component reduction (skull) was definitely warranted.

Removal of DA on Barb pants.

That needed to happen, those pants were best-in-slot for basically every physical build in the game.

As far as my thoughts go:

Lowering the distance on rush runes: why? Don’t most tryhards use the teleport one anyway?

Amatok is basically Bis where the damage type fits (conversions, etc.) It’s better than the class skills if you don’t have substancial cdr.

Amatok together with Fallen Kings and Violent Delights.

Every nerve in my body is screaming at me for even thinking of protesting a buff to Bane of the Winter King, but that item was already a staple for the builds that used it. It doesn’t really need that cooldown reduction (physical resist on the granted skill owns though, it really wasn’t worth using before).

3 - Strange retal nerfs. What is the purpose of nerfing the only and best pants for retal and chopping a piece of lightning retal? No person sane enough will take Dawnguard for 4-5 pieces as only 3 pieces fit perfectly with Dawnbreaker’s Set. And lightning retal warders also have never broken sth.

My god, just realized that they also add +10%phys res. This is crazy.

Honestly, that 2 buff need to go. It doesn’t make any sense.

My god, just realized that they also add +10%phys res. This is crazy.

It wasn’t added, it replaced the 20% armor (i forget the exact number) it had before

And until you show proof that it’s broken in any way, this “lel itz broken” is not gonna make the devs change anything. Show builds with this item actually overperforming or else nothing happens.

If this is just another secret OP build that people love to hide, it doesn’t exist until you show it.

It wasn’t added, it replaced the 20% armor i believe.

Oh ic, then it’s quite comparable, maybe. Still, I think 10% phys res is marginally better than 20% armor. And I even think that armor should be Nerf if it still exist.

And until you show proof that it’s broken in any way, this “lel itz broken” is not gonna make the devs change anything. Show builds with this item actually overperforming or else nothing happens.

Nah, I can just see from comparing this weapon to soulrend or any other 2H weapon. Bane of the winter King towering all of other 2H weapon in existence.

Nah, I can just see from comparing this weapon to soulrend or any other 2H weapon. Bane of the winter King towering all of other 2H weapon in existence.

That’s a personal opinion and not actual evidence. And i completely disagree, i find several 2H weapons to be better.

Also, Soulrend and Winter King do different things. 8% CDR is not gonna beat 19% from Soulrend, meaning Soulrend is the best choice for 2H Cold CDR builds. 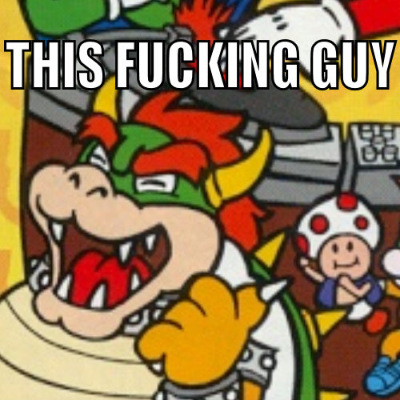 Chillwisper Reaper has been similarly weakened in this regard. Consider making up for them.

Don’t worry. I’ve seen a new winter king build on the chat recently and people in there don’t hide builds. If it’s successful then we’ll see it in a few days.