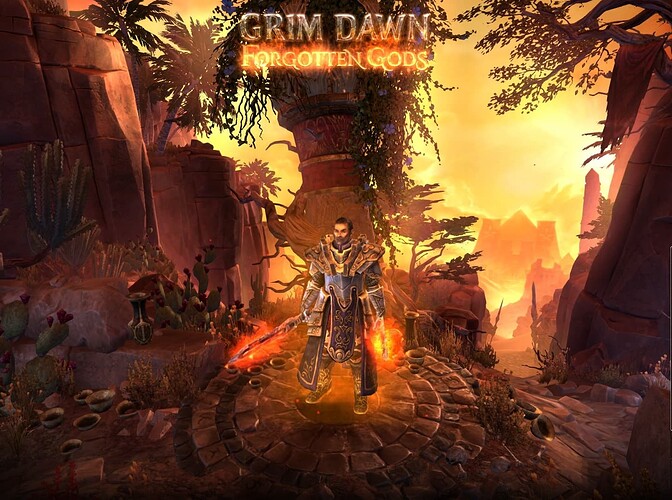 Since Purifiers are already well known for their ranged superiority, I was just curious to see if they would fare well with a melee playstyle. Kind of surprised by the end results myself. 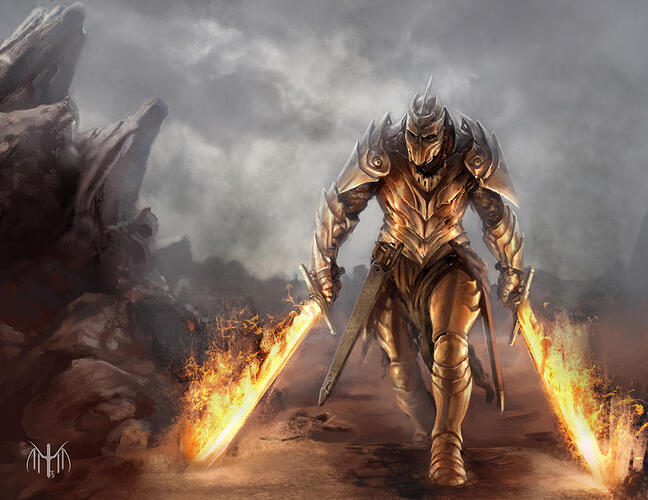 Overall, the build feels like a cross between a warlord and a spellbreaker (Maybe blademaster would be a better example, but I haven’t really made a blademaster yet.) Basically, this character feels like it is performing on the upper scale of damage and survivability, but only slightly. It’s a very fun play style for me, since I do enjoy seeing my character flail both weapons at max speed, but there were also more than a handful of times when I pushed my attack too far instead of backing up a bit. So while it is a very capable setup, one does need to assess the battlefield closely or risk being overwhelmed, due to the fact that it doesn’t clear certain mobs as quickly.

Hello there!
This line got me rather curious ngl!

What exactly has this build been able to archive in terms of endgame content?
Ulti SR 75-76, Gladi Cruci 150-170 (with time if possible), Dungeons, Celestials… you get the point.
Cheers, Mergo!

I haven’t exactly tried it for SR, Crucible or Celestials actually. Hence why I didn’t label this with the relevant tags.

I might do an extensive test on this and my other builds one day on non campaign content, but that will also be outside Hardcore since I’m not crazy enough to do post game content with one life.

No Searing Strike.
No Flat RR.
No Viper.
2350 base OA.
17% phys resistance.
I don’t think there is any endgame content this build can handle with such design.
It needs a lot of reworking.

Yeah, I thought so as well.

Either I rework it or just follow the ranged purifier builds.

Hey,
I just wondered how you equip double Dagger but already found the answer.
But still do someone know if Searing Strike effects on dual Revolver ?

No, it’s a one hand melee weapon skill. 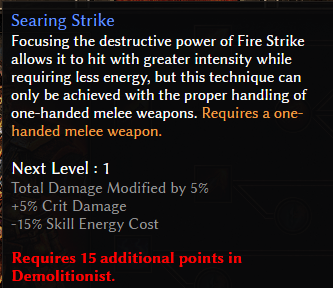 Thank you for fast reply - yeah reading sometime helps,
but does it effect two daggers then ? I mean it is one hand each like …
I dont have the medal so i could try it myself

To be honest, I’m not sure. Technically daggers are caster weapons.

Hello and welcome back! Today’s Grim Misadventure will discuss the intricate implementation of incantation-inducing implements, or caster weapons for short. Caster weapons have been a topic of some discussion, both internally and here at the forums. With the impending release of our pure caster mastery, we decided that it was time to address the issue. The fantasy of spark-throwing wands or staves does not really fit the lore and gritty world of Grim Dawn, so we had to consider what a weapon us…

Whether they also count as melee for this I don’t know. I would assume not since that skill wasn’t taken in the build, but then AngmarDT questions that not being taken so …

Actually, the real reason that wasn’t taken by me was because I forgot that the Demo tree had Melee only modifiers.

If I revisit this again for SR / Crucible / Celestial testing, I’ll most certainly take Searing Strike. I have a feeling it might work in my case.