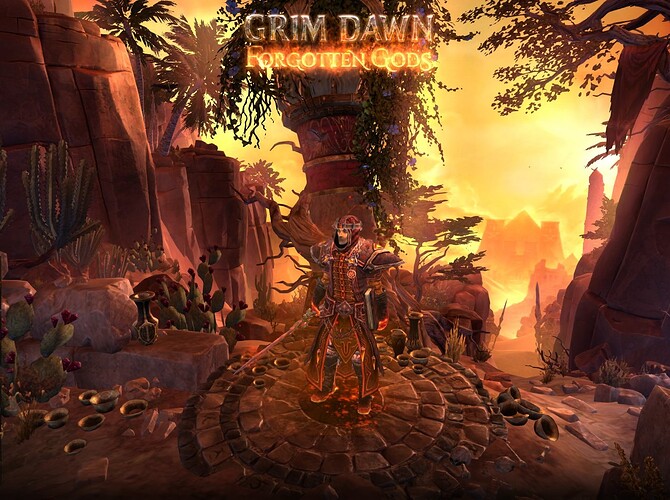 This particular build came out as a nice surprise. At first I had my reservations because I choose to invest heavily in Callidor’s Tempest and honestly - It looked underwhelming once I rolled into Ultimate difficulty. However, that was when I learned not to obsess over big damage numbers or the fact that I was dealing poorly vs the training dummy & grew to love the fact that my character became a literal meteor shower that rained death and destruction everywhere he went. 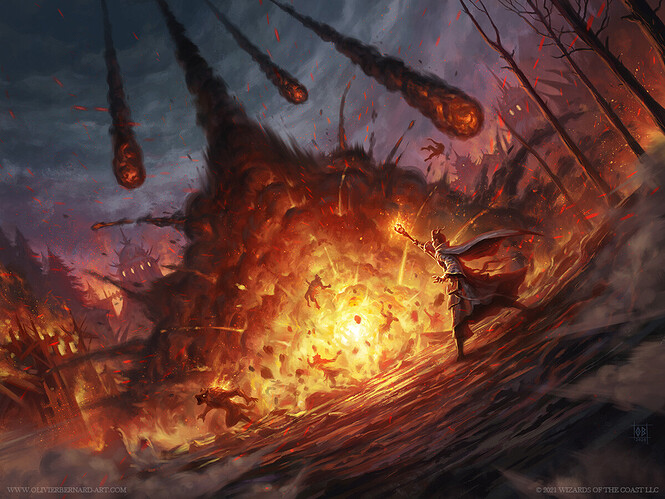 PS- Just thought I should mention that anyone who is sensitive to motion sickness, should probably turn screen shake off in the options menu because this build will cause that to happen non stop! 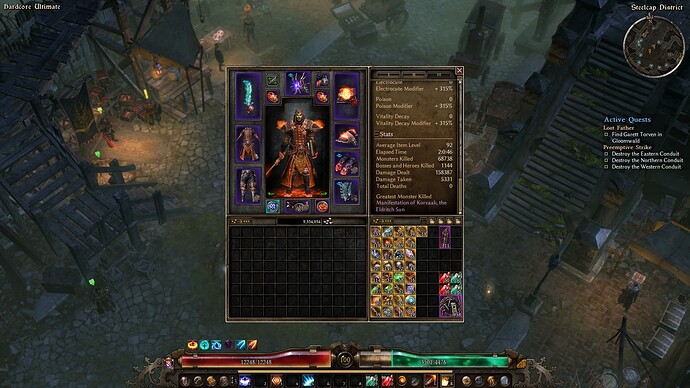 This build felt unique to me in a sense that the final result differed greatly from what I intended, but it did answer a question I have held back for quite a while- Is it feasible for passive item skills and devotions alone to carry a character through hardcore? Turns out that it is possible. Yet it is irony considering I couldn’t have thought of this myself since I’m not even that good at theory crafting. Simply said, I completely lucked out on this build and had resorted to ‘just go with it.’

By extension, it wouldn’t be wrong to deem this as a ‘death of a thousand cuts’ playstyle or even one that relies on pseudo pets because both are technically true to a degree. While this wouldn’t be something min / maxers would like to try, and it certainly would be ignored by players who love big damage numbers ; It is a build that is functional and has a certain charm (or if you are like me and have a thing for thematic playstyles) because I don’t think anyone can really hate a one man apocalypse that walks on two legs.

this thing sorta confuses me

aside from the no thermite mines rr, which i assume is due to the build kiting so much they become basically useless?
where is the meteor shower? it looks like it’s only Meteror devotion, and nothing else?
and why bind it to Callidor, and waste so many procs/cooldown?
Callidor has 5sec cooldown Meteor has 3.5sec, that’s 1.5sec worth of proc going to be missed per cast - tying it to a 3-3.5 sec cooldown skill also gives it 100% proc chance, and you have blazing eruption avail from relic
why korvaak brand medal? doesn’t really seem to bring much other than little bit of regular dmg?
if the build is focusing on kiting, why take a long cooldown rune instead of a short cooldown rune to kite faster/more?
lots of points into cunning? - despite going out of its way to take hp node in devos

anyways, as usual this is not a criticism, specially not since it’s about a HC build which i play less than SC,
it’s more about interest into the builder’s thoughts/insight to stuff when i see something that might puzzle me/my understanding of building and what the various reasons are for the choices i then fail to understand - if the builder don’t mind to indulge ofc

Hi JY_626,
Vermin13 here. I was browsing the forums and i came across this build that you accredited to me.

Thanks but i wish to inform any and all who read yr post that I had absolutety zero to do with this build, I merely shard the link for it.

The true author of this great build is Monceaux who deserves all the credit for this amazing build! Cheers!