Sup guys, as some of you might know already there’s a community league that begins today, and I decided to participate in the HCSSF part of it so that I could, you know, snap “league starter” on my build, which would be quite badass.

I’ve chosen this Battlemage to be my starter character. Battlemage isn’t a particularly good class and this build is expected to have mediocre single target damage, but as I’m not going to use it to clear high end league achievements it doesn’t matter. It’s simply a build for farming on Hardcore half-asleep – layers upon layers of defense, with playstyle dumbed down to “blitz in, hold a button”.

The diary format is not how I normally do things, but I’d like to promote the community event a bit. You can still sign up!

First I’d like to say that I settled on throwing away all the league freebies (mandates, exp potions etc). Freebies are for the weak.

Finished Act 1 Veteran in slightly less than a hour: 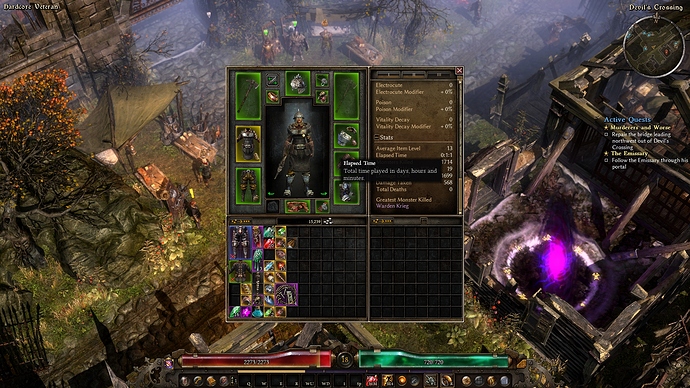 Levelling-wise no surprises, decided to take Blitz to speed things up a bit and that’s all. 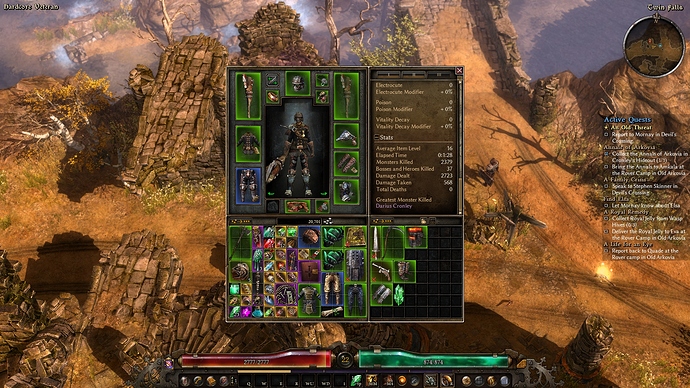 PROTIP: always choose the “keep some of the crystal for yourself” on Hardcore, you never know when you’ll need that aether cluster.

Edit2:
Speak of the Devil…

A harsh reminder that having a dedicated hotkey for heath potion is NOT a good reason not to have it on the skill panel when it comes to HC, because you’ll have little idea whether it’s on cooldown or not.

Battlemage is my favourite HC class. Scars of Battle and Conversion + frozen heart in your rings gives you alot of CC resistance.

Battlemage is my favourite HC class. Scars of Battle and Conversion + frozen heart in your rings gives you alot of CC resistance.

It does have a in impressive defense in general, the problem is damage. And Grim Dawn has a sort of balance when having higher damage means shorter fights and better sustain.

Grim Dawn has a sort of balance when having higher

I agree, I was about to ask you , since you only get -35% Aether RR , let us know how the single target damage is in your conclusion. Would a Haunt relic be better for that -8% Aether RR?

Would a Haunt relic be better for that -8% Aether RR?

Worth considering actually!
But probably not, Agrivix proc is very strong.

Just get “of the abyss” suffix on the weapon

Good thing with Haunt relic is that the proc also makes life steal stronger and has some fumble and stuff (or at least used to have?).

Just get “of the abyss” suffix on the weapon

Good thing with Haunt relic is that the proc also makes life steal stronger and has some fumble and stuff (or at least used to have?).

But Elitist builders does not make Battlemage meme builds

But Elitist builders does not make Battlemage meme builds

Not speaking for Battlemage in particular, after all it’s an Arcanist relic, and for CT builds Agrivix became a staple despite seemingly remarkable active ability of Haunt.

I’m willing to give it a benefit of doubt since it’s a battlemage without RR, but overall I’m sceptical that 8% RR will outweight a 350 flat aether damage proc with low cd that can even hit enemies multiple times.

Just in case anyone is interested in specifics of why I consider early levelling with Callidor’s Tempest to be a silly noob trap.

As you can see, Callidor’s Tempest consistently requires more energy for the same damage output as alternatives.

One can argue that, duh, it’s Arcanist, you shouldn’t have any issues with energy. This is bullshit.

For starters that means I have to invest in both my only damage skill and ways to salvage the energy situation, while if I use components the skillpoints basically go into acquiring even more damage, or these skillpoints can go simply into mastery bar, which ironically will make component skills even more cheaper to use, because the bigger your energy pool the more efficient your energy potions become.

Next, Arcanist has three direct ways to improve the energy situation – IEE, Arcane Will and Mental Alacrity.

IEE won’t help you because actually you can’t steal energy from enemies that don’t have it, and with current UI you can’t even tell which enemies have it and which don’t. Moreover, that energy steal is scaled down by %WD, meaning that the impressive 56 energy/s at 12/12 IEE will be 40% of that value at best. Ideally you want to hit multiple energy-leechable targets, but that condition isn’t met more often than it is. And last but not least, such heavy skill investment would mean that you have low energy pool to serve as a buffer, and IEE’s energy reservation will chip at it even more.

The only thing that really helps is Mental Alacrity, because not only it cuts the cost a great deal but in also increases your energy pool, meaning you’re less likely to run out of energy mid-fight and your energy potions are more efficient. Moreover, once Ectoplasm comes online the +20% energy pool bonus obviously synergizes remarkably well with Mental Alacrity. But that’s it – with Mental Alacrity requiring 32 points in Arcanist and Ectoplasm not dropping commonly before around level 18-20 the energy cost of CT isn’t something easily manageable. Not like the damage output was worth such hassles too. 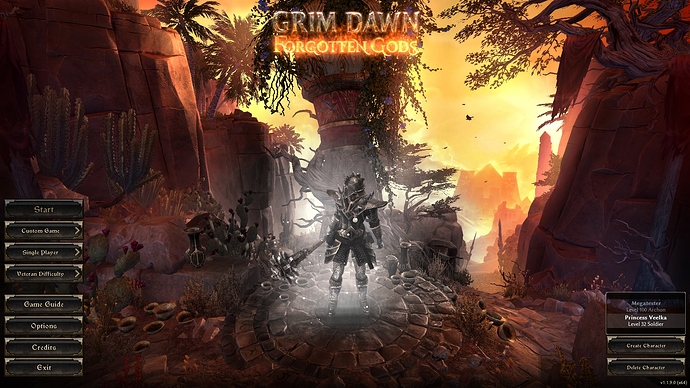 It’s remarkable how even after 4k hours there’s still things that can catch me off guard.

Turns out the red crystal that Thall’Nosh summons can twoshot almost any character on veteran if chaos resistance is low. Moreover it’s absolutely non-dodgeable since it’s a homing attack, similar to those aether crystals have. Usually I have at least 50% resistance or so by the time I encounter him, so it caught me completely off guard.

that lession my current - luckily softcore - character also had to learn the hard way [well, 12% chaos res]. My first hardcore experiment ended at a totem (gargantum heros - some kind of ground effect and bone trap) with level 35 …

I had 8%.
For some reason I thought Thall’Nosh is a mostly safe boss as long as I dodge his pools and don’t melee him up. I was wrong.

Funny, that makes him a pretty much stat check boss.

Turns out the red crystal that Thall’Nosh summons can twoshot almost any character on veteran if chaos resistance is low.

Isn’t it same with Zaria? You should have seen the damage from crystals while entering the Darkvale, or you killed her before spawning them?

Turns out the red crystal that Thall’Nosh summons can twoshot almost any character on veteran if chaos resistance is low.

Isn’t it same with Zaria? You should seen the crystals while entering the Darkvale, or you killed her before spawning them?

Jump back into the saddle again dragon!

This will be an interesting read.