After the Pyran week, i decided to check Justice set.

First, thx to Shar’Zul to support this. I couldn’t have done it without him. 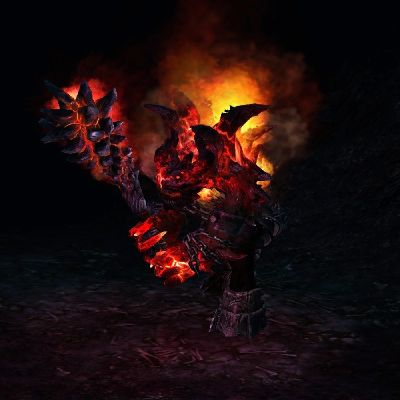 I am not that good pilote and has an old computer, but as u can see with better piloting and computer it can be doable the c+.

Gear: Ensure you get as much stun resist crafts on items.

Rings: So far u have 3 choice.

First i speak in main and SR spec, no cruci. In Curic, u will see Orange numbers, thx to the OA.

Commando: i choose the rings cause he don’t relly need any more OA.
Warlord: He needs OA, so i drop combustion.
Witcblade: He needs the most the OA, so i had to “sacrafice” the lifegiver rings, but u gain +2 wasting and ADCTH still.

Gameplay: Cast ur debuffs and smash everything.

SR: I didn’t tested, since if u get the desert map u begin 3 meter ahead and noway u can defeat 4 nemesis, bosses, but it capeable, after the fix i will test it.

Conclusion: These are amazons, if u faced them, u will die in seconds. In cruci even nemesis has 70 - 75% chance to hit u. I didn’t sweat in cruci. We already know fire devo is full of OA. Poor octavius is need to be like this…

This is for u @malawiglenn. U want sisters u got it. Be careful, they can be deadly.

If u checked the pictures i already have enough OA. Cuning is usless right now, i already use the mythical blazing inferno, instead of i can use th Oath ring.

I almost forgat Oath ring, thx. I changed them.

This is for u @malawiglenn. U want sisters u got it. Be careful, they can be deadly.

Oh,three sisters that love to play with the big Shar’Zul…weapon.I’ve played before some time Tactician,so I can imagine being strong.

Oh,three sisters that love to play with the big Shar’Zul…weapon.I’ve played before some time Tactician,so I can imagine being strong.

I would love to make a purifier but on papar even warder was better. No OA on Tactician.

one point too much in Forcewave for your Warlord, literally unplayable.
jk nice build I thought of playing something similar