It’s been more than 2 years since I started playing this game… I couldn’t even count the exact number of hours since I started as a pirate (Yarrr!!) and only bought the game when I got a job. Four days from now will be my 2nd birthday here in the forums, but sadly I can’t keep playing the same game forever and I’m kinda burnt out. I truly realized this today when all I can do is look at grimtools, yes I can still theorycraft but the act of playing the game itself is starting to lose its fun so I figured I might just stop playing the game now.

This will most likely be my final build. The last build I’ll post for this game at least for a long time. This concept is something I wanted to work ever since AoM and I’m glad it’s kinda okay now even if the main weapon still sucks and it needs a specific affix from an MI to even start working. Anywho, to the build:

I’ve already said this is my final build post but that doesn’t mean I’m gone from the forum. I’ll stay here since you guys are fun. Talk about builds, theorycrafting tho I’ll do less of that now. I’ll just be away from the game and maybe come back if I think it’s gonna be fun playing it again or I’m burnt out with whatever new games I play.

Thanks to the usual guys here in the forums. @Superfluff, @Chthon for the valuable knowledge I gained from you guys since the start. Dunno if these guys still visit here but @Drizzto and @JoV were the ones who got me into crucible. The guys who came in here around the same time as me as well as those who came in a bit later but became a big part of this community: mad_lee sir_spanksalot (which is inactive again), ya1, malawiglenn, Nery, Maya the birb, ninja editing in @thejabrixone cause I honestly forgot

. Of course @mamba the great creator of GDstash, a very big contributor of why I stayed in the game for so long. HAIL MAMBA. AND DAMMITT @Dammitt for the almighty grimtools.

Of course, this build, as well as my journey through the game won’t be comeplete without Mr. Z himself and the Crate team. Thanks for not making this game bad and having me stay for two whole years - the second most time I’ve ever been playing a game exclusively after DoTA (hard to top that cause it consumed my high school and college life). I got burnt out playing your game but it has always been great. Looking forward to more content I might come back to in the future!

BTW I suck when warring at TW:Warhammer 2. I heard some people can win 25-75 odds. How to they do that?

AAAAAAAAAAAAAND I HIT THE MAX NUMBER OF MENTIONED USERS IN A POST. SO I’LL LINK THEM HERE:

have you been watching this build a ll day to make us happy?)))

I though this weapon will be on bleed

I’d probably write a long feedback post while still raging from that change if it does hapoen, but then I won’t be playing anytime soon so there won’t be any benefut benefit for me if I do that.

FUCK I HAVE TO TURN ON PC AGAIN

I though this weapon will be on bleed

I hope you return soon with more builds posted

This will most likely be my final build. The last build I’ll post for this game

And phys to lightning conversion. You could argue the crit can offset the conversion but I don’t think with that OA it’s okay. Shaman OA really sucks.

I can’t believe I forgot mamba in the credits list.

Oh well…a lot of thinking coming in for me…

Edit:
Great work. My 1st Bleeding built based on TzTz´s Bloody Assassin used this weapon for a long time.

AAAAAAAAAAAAAND I HIT THE MAX NUMBER OF MENTIONED USERS IN A POST. SO I’LL LINK THEM HERE:

you obviously forgot Dammit, no theorycrafting without GT

you obviously forgot Dammit, no theorycrafting without GT

Dammit and Mamba >> Zantai and Grava

Every good builder should pass a test of making a solid Trickster. Gratz!

I’d probably write a long feedback post while still raging from that change if it does hapoen, but then I won’t be playing anytime soon so there won’t be any benefut benefit for me if I do that.

I guess we’ll double down on the Pierce instead. 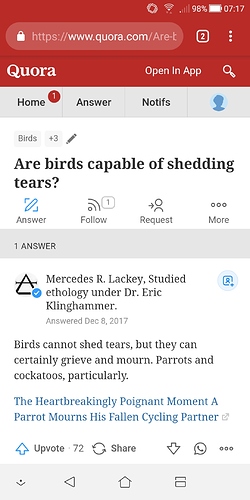 Every good builder should pass a test of making a solid Trickster. Gratz

Well, if you really want to suffer, try a fire or a vitality one.