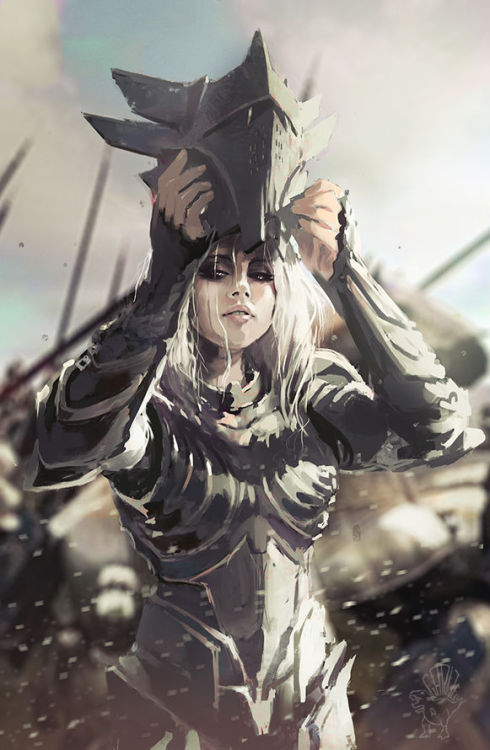 Warlord.jpg490×750 63.7 KB
In times of war, generals do the planning. They use their maps and sandboxes to send their units where they are needed.

But on the battlefields, a different kind of leader is needed. Where fear threatens to overwhelm soldiers, the iron smell of blood is everywhere and the cries and pleas of the wounded is in everybodies ears, there has to be someone who inspires and encourage the common soldiers, to stand and fight.

These people are called Warlords. 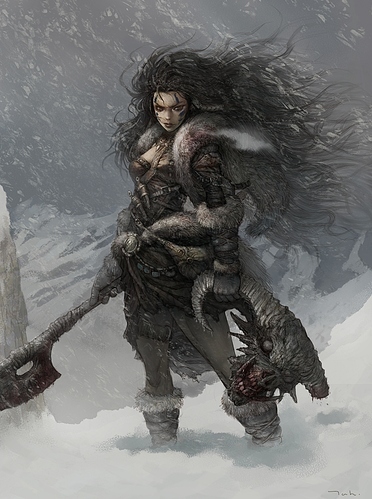 Witchblade.jpg650×873 396 KB
Sometimes, there are rumours of the occult and supernatural and an Inquisitor is sent to investigate. In most cases this is enough to deal with any hazards which might occur.

But sometimes, this is not enough. Sometimes, there isn´t anything to investigate but it is time for action, dealt with brute force. On this occasion, Witchblades are sent, to eliminate any danger which might threaten the people.

A short time ago, a Witchblade was sent to the hamlet of Barrowholm but failed to report to his superior…

I will take a break with making new builds because I don´t know anything at the moment which seems viable. Sure, there are always Ranged Builds, but I suck at playing Ranged. Stay tuned, I hope for some changes in 1.1.5.0 and then will start thinking again, how to make anything bleed.

Warlord is one of the better builds out there! Warlord on the photo looks interesting.

Question, did you try the build in Crucible?

Edit:
I don´t understand this forum…why doesn´t it embed the video correctly?

@Maya:
I have done everything I could but you still have more pet builds.

@Maya:
I have done everything I could but you still have more pet builds.

I have a question about trying build which isn’t probably done by now- DW melee Cadence Warder with Crimson weapons that gives Fighting form bonus.

Do you think it could work?

What you think about charging Savagery for stats?

You could try it. Problem: Not many Bleeding Sources to stack up, Shaman WPS are 2H-only, 1H-Blade Arc is not “so great”…and I hate playing with 2 AA-replacer to get stacks.

You could try it. Problem: Not many Bleeding Sources to stack up, Shaman WPS are 2H-only, 1H-Blade Arc is not “so great”…and I hate playing with 2 AA-replacer to get stacks.

I tried something like that with Archon: Stack up, keep rolling (EoR), repeat…terrible gameplay, low results.

Please help with my ignorance. I am attempting to path ahead of time the devotions for Warlord (either version, Listed above and berserker version) and cannot make it work on any calculator I use (Grimtools or Companion for Grim Dawn App). What am I doing wrong. I path just fine to get Huntress and Mogdrogen for their importance, but don’t see how Kraken and Revenant are achieved with either version (listed in both versions). If I could figure that out I could path this without a big respec later.
I am new and my first “real” character, so again, please excuse my ignorance, but a reply would be excellent on where I am pathing this improperly.

That´s no problem at all, I will do it step-by-step:

Holy Moly. Awesome! I have much to learn on these intricacies. You are all doing a great job and love your builds!

Update:
Inspired by the Chinese Community, I played the Warlord to SR 75.

Very smooth, Dryad could be a little better. Grimtools will bei in 1st post.

Update for 1.1.5.0
Grimtools-Links are in postings; I got fed up with the Revenant/Ghoul-Meta and tried something different.
Both builds can do SR 75 without any greater problems (so far).

I tried it just before the patch with new beacons stuff. Lot better cause allows more freedom of movement.

Which specc did you use? With or without Ghoul?