Making a Conduit sor supporting chaos mortars as well as introducing new green MI for chaos bwc/thermites was a super-nice thing, and a build made around these skills is also pretty nice (although I’d say Pyran is still stronger even with 4 mortars).
Anyway, there’s another well-working Pyro build. 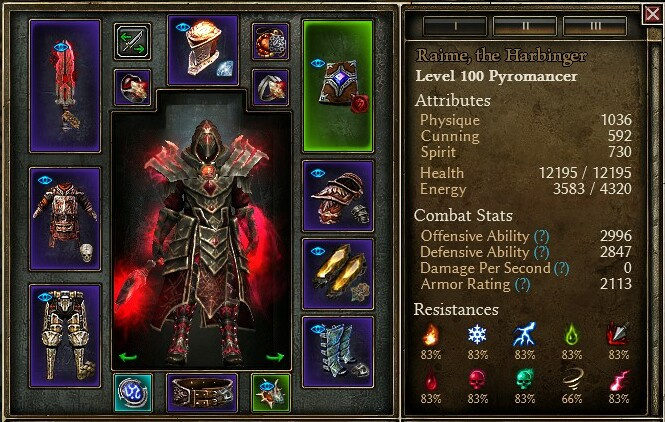 Credits to @AlexGoldFish_322 who also made a similar setup (a bit faster and with some differences) and probably will post it, and to all Safarel Discord Community.

Nice build, I like the chaos Mortars and BwC setup!

Question, since your build don’t have skill with % Weapon Damage, how important is Possesion devotion, for example you can go north for Korvaak or even Tree of Life for extra sustainability boost.

I tried ToL (as I wrote) but wasn’t impressed much. And as for Korvaak, I just don’t like it, it’s probably one of the weakest t3 devotions. And we already have OA shred from bwc.

Mortar/doom bolt is a fun one to try as well

Good build. I don’t get that Revenant, though. You could get some stats for it, Solemn Watcher for example, or fix 1 red 1 blue somehow (idk, Wretch?) and put the rest in Torch.

Revenant is here mostly because of lowering racial from undead (from Reaper), as w/o it he was a real threat.