Ok another build, second one this patch.
Instead of doing “a new build”, I am simply gonna present a (meme) build I made last patch 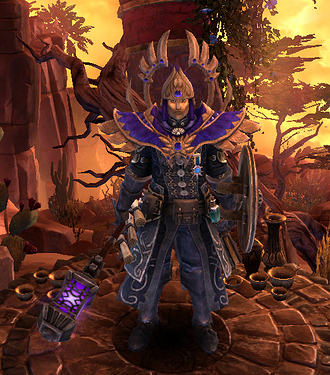 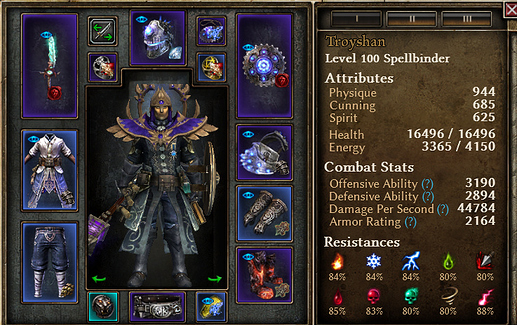 Idea was to make physical devastation spellbinder first, and then I realize that spellscourge set has loads of ele to phys conversion. So then idea was to add TSS. And in order to meme out completely, I decided to put on the blue Eastern set

Build is ok I guess for a meme build, it is a spellbinder after all so it is very safe but not the fastest killer… I would not call it a SR 75-76 “farmer” because it is not that fast but is still rather fun to play imo

Here is a much better physical devastation spellbinder [1.1.8.1] Spellscourge/Corruptian Spellbinder (SR 100, 7m Crucible, Crate, Ravager of Minds) by @Retal_Abuser that uses Ravenous Earth instead of Trozan Sky Shard and Chain Lightning as spam spell instead of Bone Lance (which is kinda underwhelming).

Itemization, I decided to use faction ring, earth shatter boots and mark of stone will

I did not spend that much time figuring out what would be BiS here for this meme build. Bladetwister signet for more RR could perhaps be considered.

Weapon was chosen for its high +%physical damage and +1 arcanist. We can probably find better here, perhaps Aetherscorched Cleaver for longer MoE duration and dmg buff… would make sense to aim for high conversion rolls on the Spellscourge items in this case. With the dagger we can focus on other things because we will get 100% anyway.

I also had some thought about ill omen vs ravenous earth as bat proccer and DR. Decided to go with RE for better bat proc against single target mobs.

Exclusive, first thought was to go with Star Pact for CDR because the only conversion that would be screwed up would be the flat physical damage added to devastation by Spellscourge set. I ended up using Master of Death instead for stats… 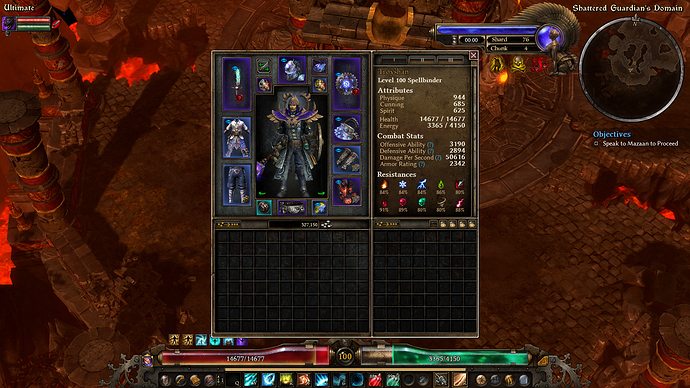