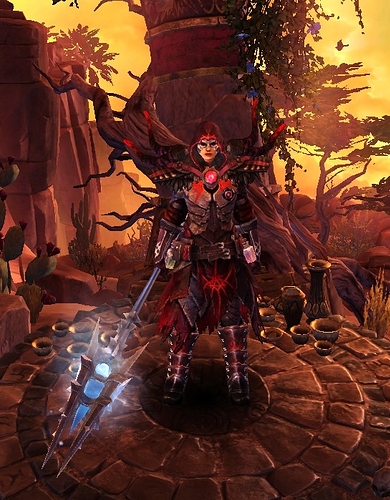 Hi everyone, I would like to share my versio of Rotgheist Conjurer with you. At first I theorycrafted differently, had more points into Savagery and WPS, using CD PS but during the tests, I decided it isn’t worth it. Even with much more CDR(Build has %18), spam PS is better. I’m not sure with different builds/playstyles is it same but cd PS is 1,75-80x of spam PS. It’s not even double the damage, but let’s assume you have high cdr and you reached 1,5 sec CD with it; the mat says spam is still better since with enough attack speed, you hit atleast 4x with spam PS and provide more damage. And it’s AoE also not that great so you don’t actually lose anything. The result is, build provide it’s real strength.

Naturally I should have replaced the Nightbringer after switching spam PS, but kept it anyway because the defense it provides is unmatched. I can surely reach %200 AS and maybe better damage with Wildblood Crusher but build will loss +2 Occultist skills, %15 phys resist and %15 Damage Reduction(this is crucial) and some flat damage due to lack of conversion. Damage is good enough, build has -%155 Vitality RR.

Devotion setup is quite usual; DG+Rattosh, not much freedom to toy around but I took Wendigo instead of Ghoul to take advantage of PS AoE/chains works good in chunks/not bad in 1v1 but the vulnerability of the build is chunks with lots of small hitters so I think I made the right choice and stats from constellation itself is good.

Gears;
Rotgheist set is the core of the build.
Rings are BiS, for RR and speed also has good resistances.
Belt is also BiS, provides huge OA, good damage and energy leech.
Boots are BiS
Serenity is guite needed, especially with the absence of Ghould but you can actually fix the resistances without it.
MI’s; Gloves and Pants suffixes are must to get CC resist(I mean you really need it with this build) I was lucky to have aggressive with all but other prefixes might work aswell like Stalwart/Mighty/Vigorious etc.
Medal; Demonic/of Attack would be perfect but any you can work with any affixes actually.

Ravager of Minds kill : No change maded, used 1 Aether Cluster and a few Lifestealer Oil. Complete facetank combat, no need to kite or anyting. I didn’t check the timer but I used cluster at %40-45 and so it must be 150-160 second combat at tops 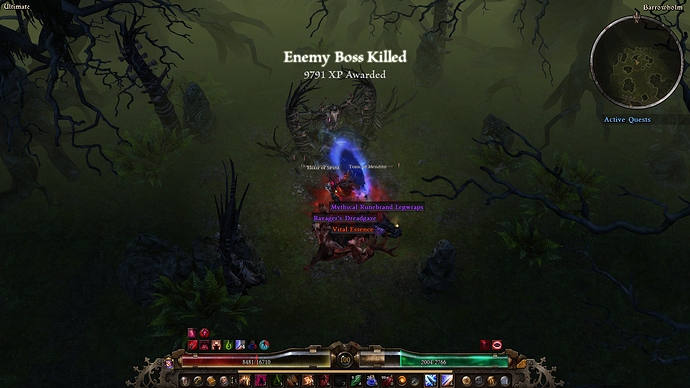 Avatar of Mogdrogen Kill : I changed glove augment with Lightning Resistance one, and used Stormshroud Ointment to boost overcap. Nothing else used, complete facetank combat. 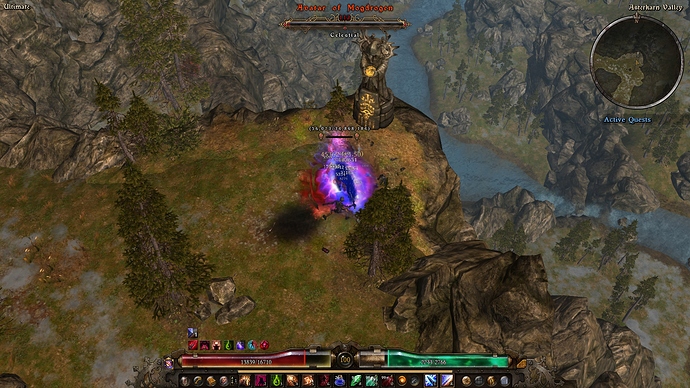 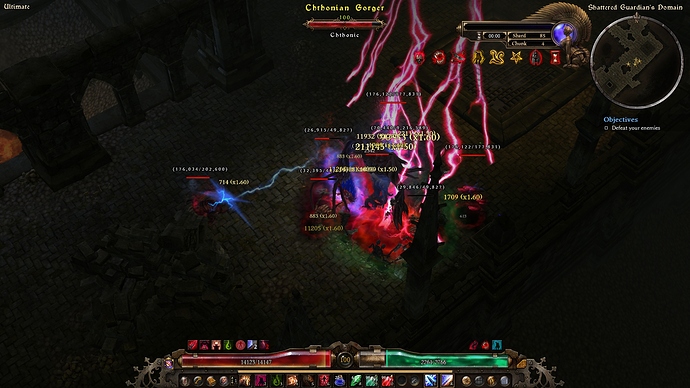 screenshot02.jpg1920×1080 1.18 MB
I died twice in the chunks againts bad hero/healer combination so timer run down. Build is still squishy, I mean it’s almost amazingly squishy againts small hitters. A dozen of skeleton archers can kill you if you ignore them and keep hitting to another hero or something. Build can do 90, not without dying ofc but damage is enough and boss rooms are rather easy.(interestingly Valdaran hits hard to this one and Kuba can be tough with bad mutators) I was going to push to the 90(attempted) but I had some issues with PS and kinda demotivated, maybe I’ll try later.

PS: I also wanted to use Sigils but can’t really play with this much skills in rotation. If you use autocaster or some other macro, build has extra points and even as one pointer sigils should increase the survivability of this build. 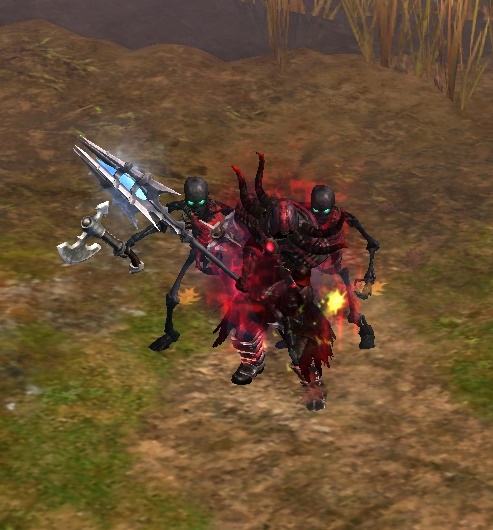 PS: I also wanted to use Sigils but can’t really play with this much skills in rotation. If you use autocaster or some other macro, build has extra points and even as one pointer sigils should increase the survivability of this build.

I thought about it, yes it can provide 60ish flat damage with a good roll. But the OA bonus from Stolen Dreams is huge and you need that energy leech time to time.

And since mana potions are exist; when you compare getting a MI belt with a good roll that compensate the OA and gain 55-60 flat vitality damage/lose the %120 Vitality Damage/+1 skills to occultist or you get a roll with vitality damage aswell and forget about OA. I also checked my stash and couldn’t find a perfect roll. Though if I had a roll like Demonic/of Attack with that belt, I might used that one. In the end I didn’t want to have the conflict and go with the purple one.

lol it must be the Z’s nightmare, players’ dream

But if I was using a autocaster or something I would definitely use Sigils/softcap them instead of softcapping Wendigo Totem.

I was wondering what to do with the Rotgeist set in my stash for ages, thanks for posting.