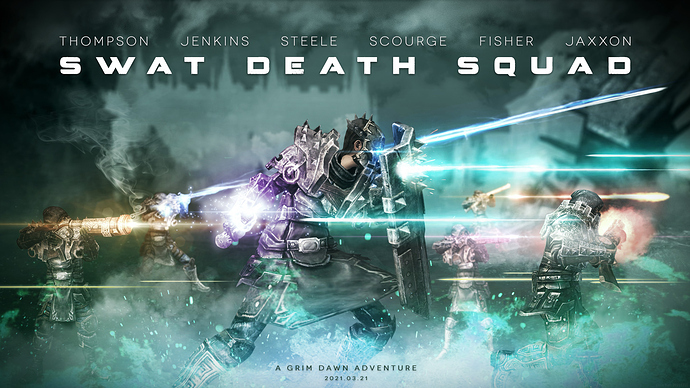 What started out as a fun, light-hearted meme-team idea ended up becoming really quite powerful and a lot of fun. Lately I’ve been exploring building 4-man team builds, with team synergy skills in mind for the purpose of pushing into higher SR. I really like that a single build doesn’t need to ‘have it all’ - if a build lacks damage, that’s fine; someone else on the team can bring damage. If a build lacks survivability, that’s fine - someone else can bring support and healing.

With Steele and Scourge in the team (the tank and healer respectively), we were able to get to SR100, which surprised us as these builds were built as a meme idea. Aleksander’s rock wrecked us though, and a bit of lag (playing internationally) meant dodging his rocks wasn’t entirely viable either.

Here are six ‘SWAT TEAM’ builds based around this team-build idea. All of them are intended to be able to still solo fairly well (to varying degrees), but their real focus is thriving in this specific team.

There are four builds in the original ‘four-man’ team, plus two “experimental weapons experts” that can be used with the team as well.

Enjoy the team memery that is SWAT DEATH SQUAD

This looks like more fun than a sack of kittens! Cerberus approves 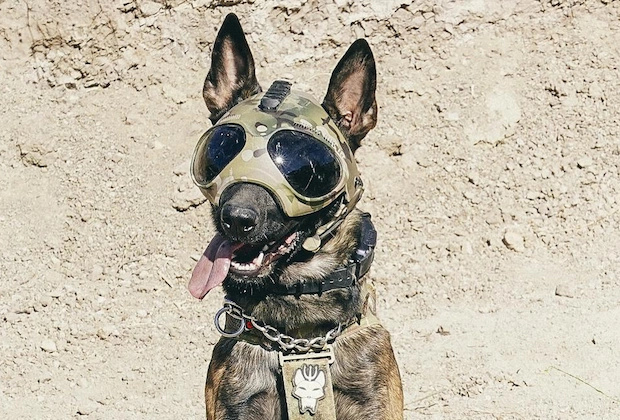 Love these group builds you make up @WyreZ!

I’ve got a few more in the making…

You should probably put a link to that screenshots origin man cuz that’s the most badass one I’ve seen yet by him.

It’s lovely. I can tell that you and your team are having a great time with GD.

You mean a link to the artist who did the ‘poster’ design?

Thank you xOMOCHIx! We are

But also, wanted to share these ideas in case others wanted to enjoy this sort of team-based fun

Love it! Wish more of my friends played this game so we could build a team like this!

You can see the composite screenshot that he put together, then all of the work he did on it to turn it into the poster.

You can see the composite screenshot that he put together, then all of the work he did on it to turn it into the poster.

Well, if you’re friends with the guy you should see if you can get him to make a DeviantArt account (or heck, even here on the GD forum) and start putting his work up on there. His stuff is legit good and it’s a shame that this stuff is hidden away on FB.

Yep, he’s welcome to post here if he wants to

I was wondering if we can have a place where people can share their GD arts. :grim_dawn:Would be nice to see what you people have created based on our beloved grim world of Cairn! I can start since I made a topic earlier in General Disscussion, but I think it would be better to move the thread here.

I hope the idea will be accepted… I want to see some epic GD artworks! :3 Obsidian Defiler [obsidianboi] Korvan Scorpius [scorpiusboi]

Thanks medea and powbam! I’ll pass on the info to him

@powbam :
Chris also did the poster for this team which was one of the first team setups I tried to design : [1.1.8.1] Dreeg's Dream Team - Concept Team Synergy Builds [Now Tested]

@WyreZ - Nice stuff. Hopefully he will consider posting his works here as he is doing some top notch stuff and I’m sure many would appreciate it.