I wanted to make a build that can introduce people to the hybrid pet playing style and can be leveled and farmed relatively easily.

I had my eyes set on the seemingly unpopular Mogdrogen’s Peace set, since it was very physical focused and fits the class I had in mind. The briarthorn is completely maxed out in this build. The set turns out to be very useful, SR75 is possible, it is tanky but a bit low in damage for the standards of that level. This means you are relatively safe around nemesis in SR75, but if there is a leech mutator Kubacabra can become immortal (stalemate). This of course only applies to deep SR, so for farming SR65-70 is more recommendable. Campaign performance will be excellent, Mad Queen is easy 1 minute kill in Ultimate. In patch 1.1.9.2 the damage will improve as the useless bleeding dmg on the set bonus will be replaced by physical.

The build uses 3 pets: Briarthorn, Primal Spirit and Eldritch hound and if you can get it: 5 swarmlings from the relic. However the relic is a very long process to make for a beginner, so I recommend first making Guile. This is a very cheap relic and works very well with the build and can be used until very late game. After guile, you start making Ancestor and then finally Primal Instinct

The stormhound will ultimately not have enough resistance to stay in the build and the crab spirit does the wrong damage type, so those are not recommended above normal difficulty.

So why is this build ‘beginners’ friendly aside from using budget items?: 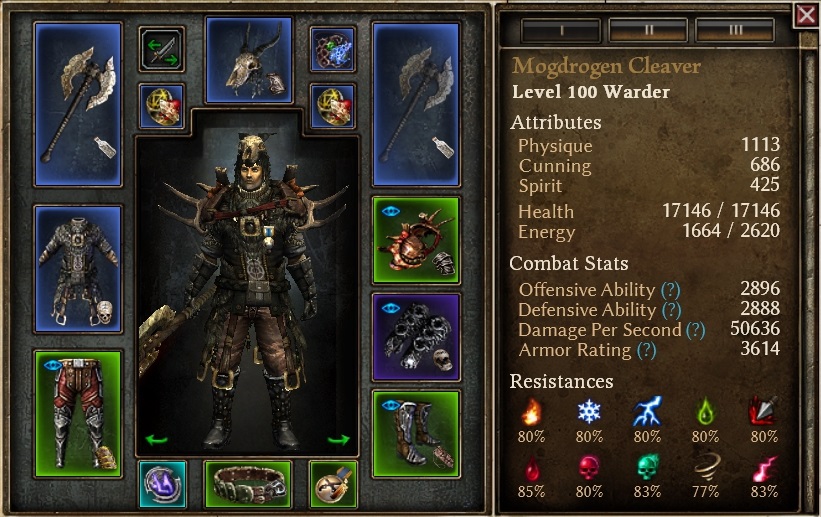 Currently the build uses one purple item: the gloves, but those do not contain any vital stats, so this slot
acts more like ‘breathing room’ so that important resistances can land here if you miss them on other slots. If you really want to get to SR75 strength, then ultimately you will need these gloves. The gloves (and the medal) are also the reason this is a blade arc build, earlier in the game you can just as well do forcewave but ultimately blade arc has much better support in the slots that are NOT occupied by the mogdrogen set. I do not recommend cadence/savagery, because then you also need WPS and this going to cost too much skillpoints.

I’m assuming you want to level as a hybrid pet build from the start otherwise you might just as well read one of the guides for leveling a melee warder. For hybrid pet builds I recommend very early in the game to focus on pets first, this means starting with the shepherd’s crook devotion, since it is especially strong early. Also (generally for hybrid pet builds) I prefer using component skills as long as they are viable before depending on mastery skills for inflicting damage. This allows investing my skill points mostly in support skills and pets. You could be a fireblast caster for a while with searing ember, but I like sticking to my theme using chipped claw and severed claw
and putting some points in markovian advantage and zolhan’s technique to support it. At some point later in the game you will feel component skills are getting too weak and you will have the skillpoints to make a large investment in forcewave or blade arc.

I recommend doing Typhos first because then you can get Azrakaa early, however depending on gear you may be more in need of Kraken or Staff of Rattosh. You can also get the extra elemental resist from Nighttalon at any time when needed. eel and jackal are removed whenever possible. 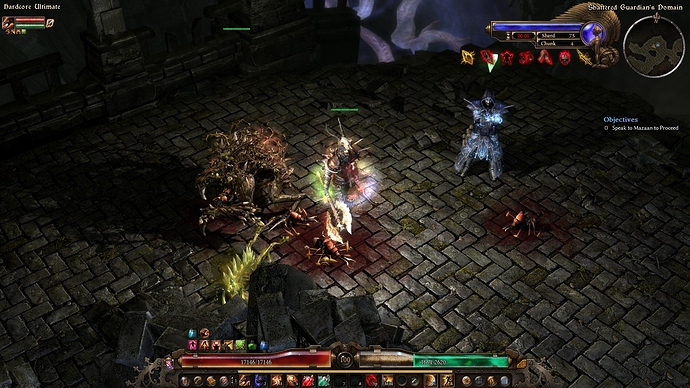 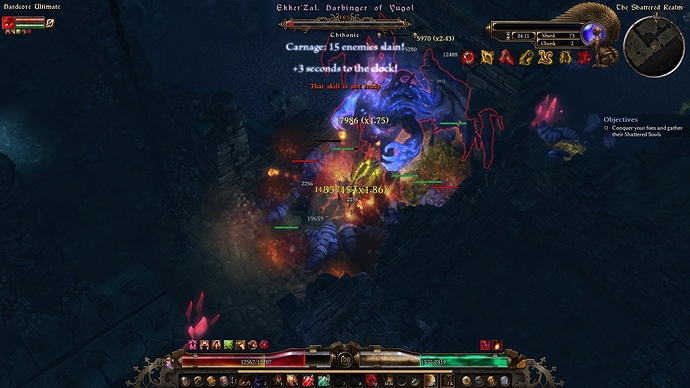 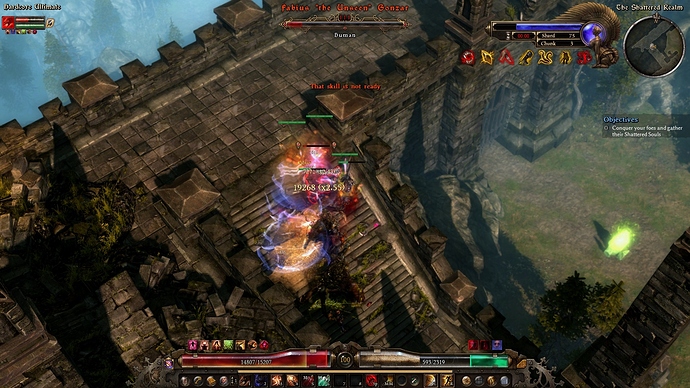 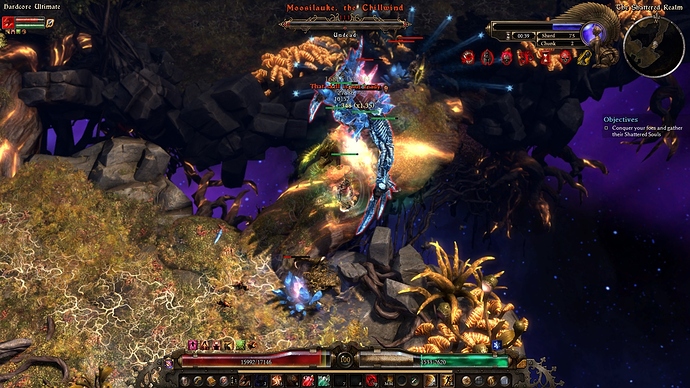 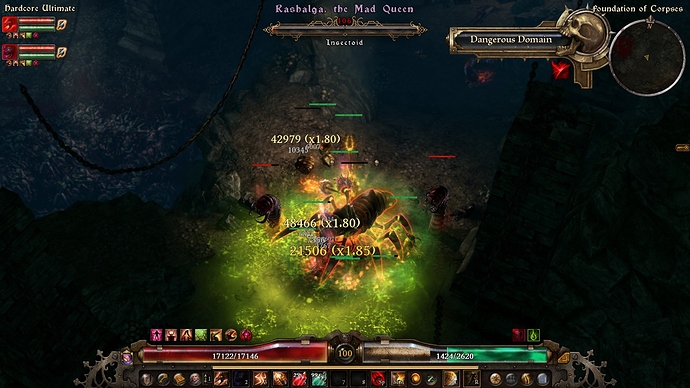 That… is actually pretty good 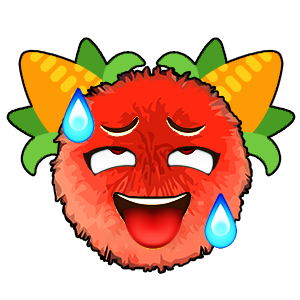 Wow, I can’t believe this is happening, I’m so happy! now I finally have all achievements!