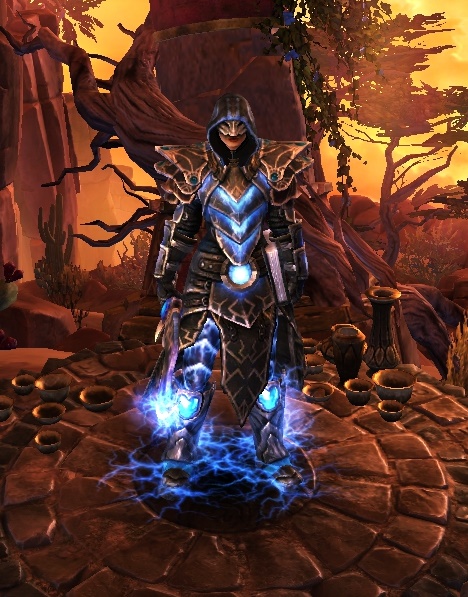 Hi everyone! Since my most of existing/future builds waiting for the wps changes on 1.1.9.2, I kept experimenting with different playstyles. First was Shar’Zul Forcewave which I somehow played like a standart melee character. Now here I am, rock you like a hurricane! No pun intended Scorpion lovers

Images from the game with perma buffs

I read that EoR is dead after aggro fix at the time being. Never like the spin2win idea but I though I should give it a shot. I usually prior CC resist but I particularly focused on them in this build to keep spinning without much animation disruption. I choose to use less active skills as I can for the same purpose.

PS: For components it’s crucial to have Runestone on Helmet and Sanctified Bone on Chest againts Valdaran and Grava

Valdaran is no problem. No death in Boss Room but died once in chunks nevertheless kept the timer up and completed without losing it.

Mogdrogen Kill, no changes maded. It takes some time so keeping eye on cooldowns is important. Used one Aether Cluster for safety. 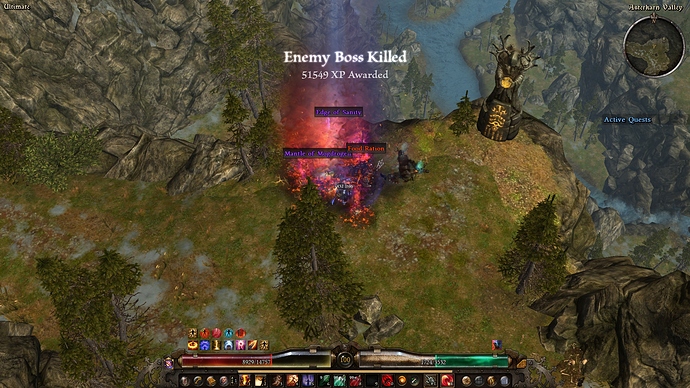 Did try Ravager of Minds but it’s not possible. Low armor is the issue. Although build have good enough phys resist, you can’t stand againts him in second phase.

Build can go maybe a little bit further after 85. The biggest problem is Grava. You can’t circle around him, you can’t facetank him, it’s PITA to kill and takes too long, with constant kiting so leave it for the last. After 85 with some bad mutators he may cause you rage quit even

And definitely don’t get nulled with this build, 8 buffs to reactivate…

Thanks for reading, any comment/feedback is welcome.

And if require some feedback on the set & archetype, some racial damage to the Chthonics on shoulder spot would be great. It’ll surely help Archon as well as Fire EoR since shoulder can be used seperately for good stats .

Assuming EoR hits more frequently than 2 Guardians, maybe swapping Tempest / Ultos bindings increase dps a tiny bit? It’s just my guess, would need to test it to be sure sure / count proc per second / duration etc. I wonder how many proc chances / second EoR has.

Nothing weird in skill distrubitation.

LoL great typo! will fix it. And the video starts late because it somehow glitched. When I press record, sometimes it start instantly, sometimes after some lag and freeze which was the case.

Assuming EoR hits more frequently than 2 Guardians, maybe swapping Tempest / Ultos bindings increase dps a bit? It’s just my guess, would need to test it to be sure sure / count proc per second / duration etc. I wonder how many proc chances / second EoR has

Actually I tried, yes Ultos binded to EoR is much better than Guardians or Mines. But;

First problem it aoe doesn’t follow you when moving, it follows the binded pseudo-pets which are hard to control in crowds. Also you don’t see it on your buffs when it’s active which is annoying.

Second problem, Tempest has no WD so it doesn’t offer passive leech but when Guardians proc Ultos you get some little heal by them. And as far as I remember(you mentioned it) Guardians hits every 1,2 which was the ultos’ cooldown with my %20 cdr.

And I also provide some videos on my other recent updates/builds but this is the longest recording.

Build got buffed by flat damages and by added AS to gloves. I pushed to SR 90 with everything I have(and some lucky boss rooms), tried to re-test to face the Grava at that stage and failed, even with aether clusters. So I won’t update the title SR90. 85 should be easier now.

Here is the video, no death in chunks; the last 6-7 mins are only vs Grava with a lot of death. It can be possible with consumables aswell I guess. 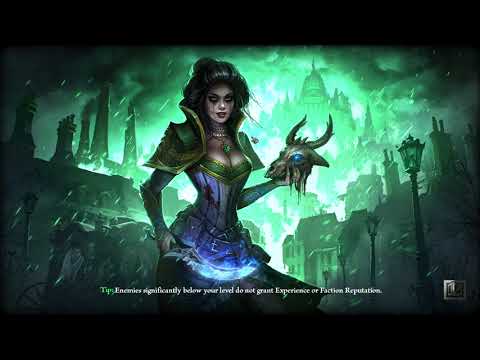