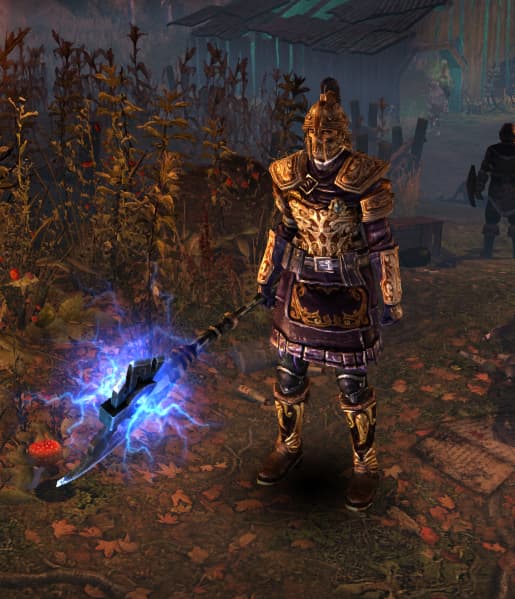 One day I said to myself, “Self, that Mythical Stormreaver looks pretty cool, doesn’t it?” And it did, so I built around it, and threw in the Mythical Light’s Defender set as well, because you can never have enough totems in a totem build, can you? And it ended up not being terrible, so here’s a guide.

You can also build this as Vindicator (example by ya1 from several patches ago; significantly more of a caster build with less investment in Savagery). It gets more RR with Aura of Censure (but has to drop Stormcaller’s Pact), better synergy with the armor set with Storm Box buffs, and Inquisitor Seal. On the other hand, you’d lose most of your WPS, a big chunk of armor, and the mobility from Blitz. If you give it a try, let me know how it compares! 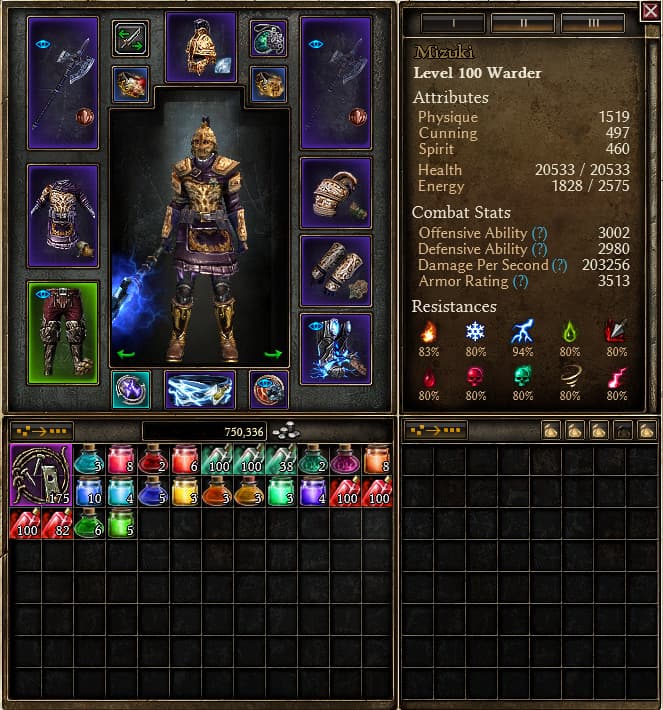 Tooltip DPS is Savagery with stacks up but no procs 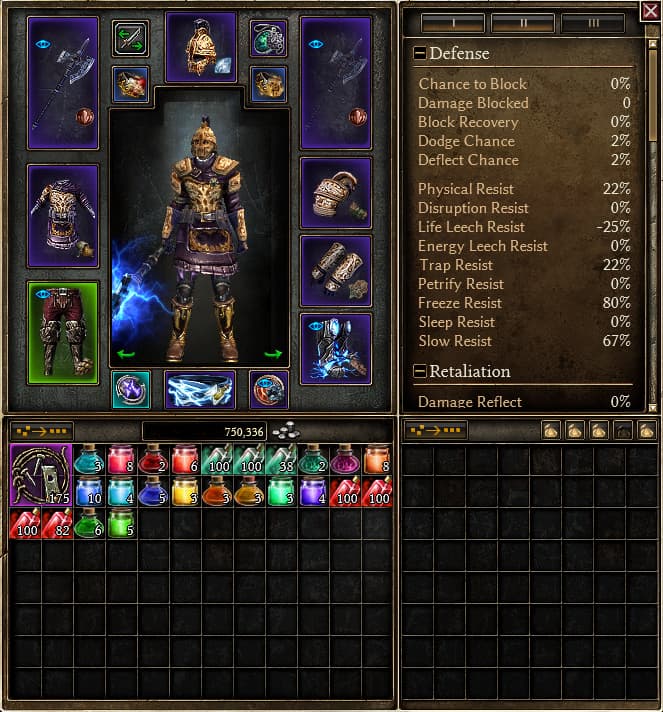 I strongly recommend leveling as Primal Strike and then respeccing, because Savagery has AoE problems at low levels, and you won’t have 5 Storm Totems and 3 Storm Shards to carry you prior to level 94. This guide by Stupid_Dragon provides excellent advice for leveling a Primal Strike Warder. It even uses almost the same devotions, so you won’t have to worry about some of your procs not getting experience during leveling.