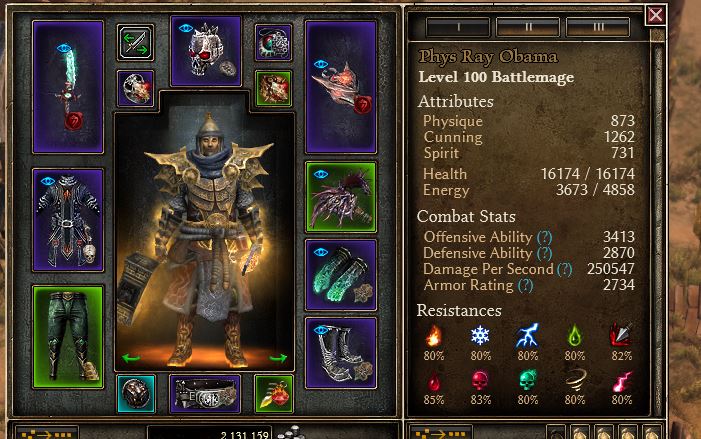 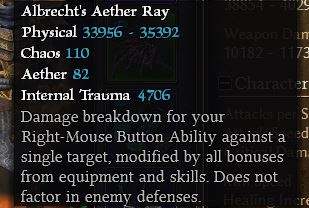 Hi, it’s been a while since I’ve posted a build on the forums due to lazyness and taking breaks from the game, but phys AAR (Albrecht’s Aether Ray) Battlemage is one of the builds I had been intending to post for a long time.

Why AAR Bama you ask? Well, it has been an obvious build ever since Inashkor’s head got bonuses to Aether Ray. Some people did post their own versions a long time ago, I decided to min max mine recently.

What are the upsides of playing Battlemage over Templar? From what I can tell after playing
Grey-maybe’s Templar, none. Battlemage has inferior damage due to worse crit damage and survivability is pretty similar. I wanted to play Battlemage because it’s a class with very few builds and to add something “new” to it.

Gameplay is pretty simple: Charge with Blitz to shred enemies defensive ability and to proc Ulzaad, cast Warcry when it goes off of cooldown for damage reduction and Maul application and cast AAR.

Itemization is obvious for this archetype: Warborn helmet for better Warcry uptime, Inashkor’s Head since it’s the item that enables the build in the first place,Decree of the Circle of Five because of the relevant conversion and +1 all skills.
Then come the overall generic items for Aether Ray such as Essence of the Grim Dawn for sustain, Aetherreach for extra flat damage Aleksander’s Legguards, Clairvoyant’s Robe and Loghorrean’s Corruption helps us max out Aether Ray and Disintegration (almost).
Deathstalker relic because we need a devotion proccer while also providing resistance reduction, which is why ring of the Black Matriarch is also good.
Windshear Greaves are very good physical boots with an amazing proc, Gladiator’s Distinction is used to convert Scales of Ulcama devotion that solves energy issues and supplies us with a nice leeching proc. Mark of Harvoul for Break Morale bonuses and last but not least, Gargabol’s ring as a stat stick that can gain a lot of % phys damage. I was using Albrecht’s Duality on previous iterations because of a nice converted proc and Disintegration hardcap, but Grey suggested me to test one Gargabol ring and it turnt out to be better overall.

On monster infrequents, one Formidable prefix is optimal and then the rest could be affixes with resistances/ %phys damage/ offensive and defensive ability/ attribute stats like physique and spirit ( makes you spend less points into them to equip gear and focus more on cunning instead).

Videos:
Elixirs were used in some of these videos. 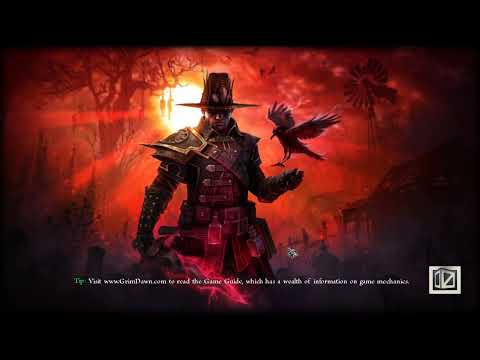 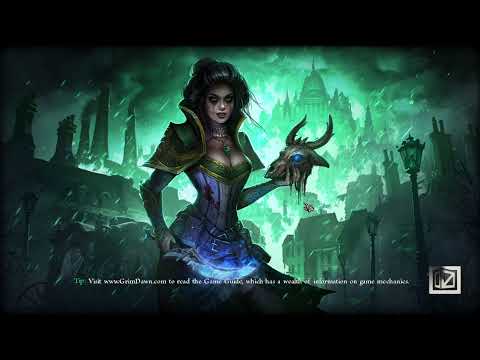 Need to kite Ravager’s second phase, AAR doesn’t leech that well against him. 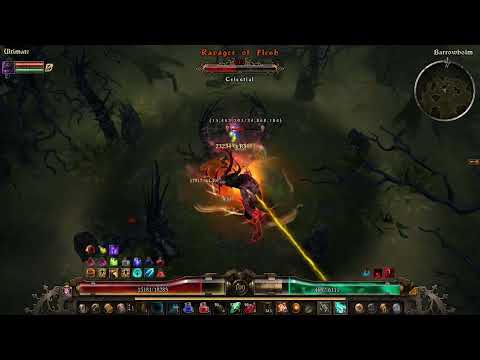 Bad winrate against Crate of Entertainment, would not recommend. 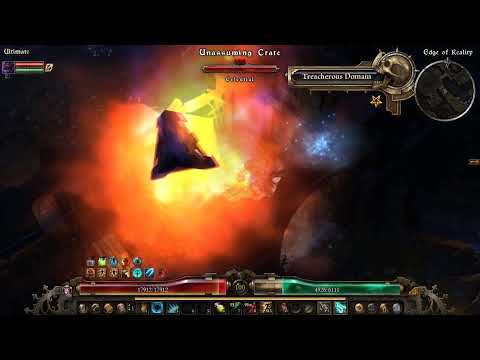 The build is overall slow ( above 5 mins), this is the fastest run I could get ( I also suck at piloting channelers in this game mode) 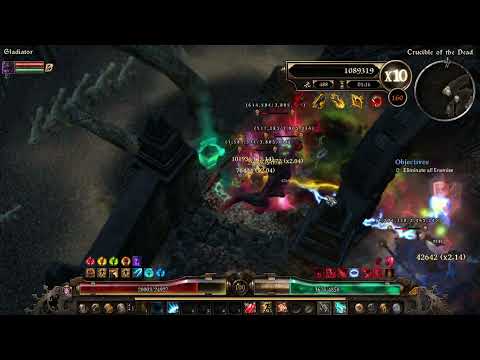 In conclusion: The build is an good mid-tier build with good tankyness and mediocre damage, but what can you do, it’s still a Battlemage that isn’t Spellscourge and it’s not Phys AAR Templar either.
Credits to @grey-maybe for making the original Phys AAR Templar and for suggesting me to test Gargabol ring over Albrecht’s Duality.

As I like AAR battlemages - thank you for posting yours

But one question. Why do you not use a good Fleshwarped Casque? With cooldown reduction, War Cry can be also up 24/7, and War Cry even becomes a tiny damage dealer. E.g. this is my concept using a casque - Battlemage, Level 100 (GD 1.1.9.6) - Grim Dawn Build Calculator (my sheet AAR damage is currently 257k, but your RR and critical damage modifier is higher, so I guess your AAR BM will have the higher real damage)

But one question. Why do you not use a good Fleshwarped Casque?

I think +1 to all skills in Soldier is superior to some extra weapon damage to Warcry and overkill OA on IEE. Also you gain that +1 skills from relic instead, but Deathstalker with + RR on a class with no natural resistance reduction is better imo. It also helps with the lack of skills Battlemage usually has when it comes to proccing devotions.