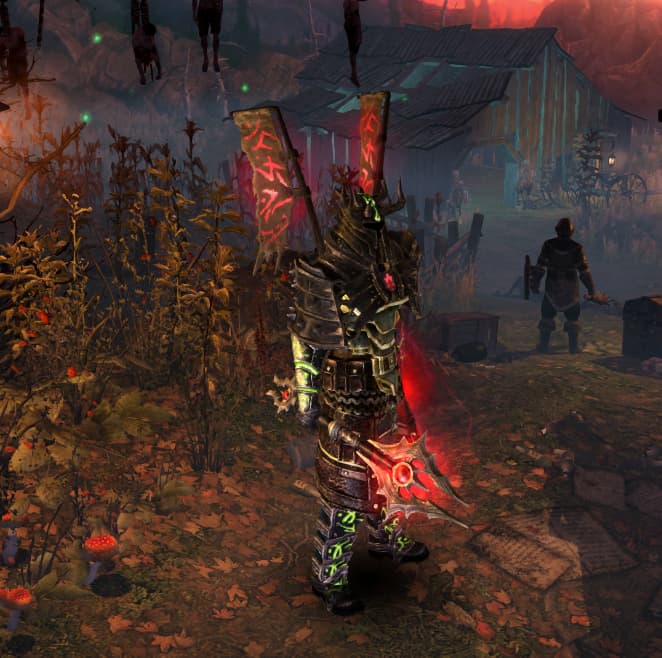 An entry in the “how many player-scaling pets can I fit in one build” genre:

Throw in a Seal of Blight so the actual character has something to do with their copious free time, and baby you’ve got yourself a build! Obviously it’s pretty janky (our main item set supports neither of our masteries), but honestly the performance turned out way better than I expected.

Hat tip to this build by thejabrixone, which first made me aware that Scion of Dreeg (the Guardian transmuter) is fake conversion, and therefore Guardian damage can be converted even if you’re using it, enabling the pure-Vitality Guardians combo I’m using here.

There’s probably a similar but better build to be made by abandoning the focus on having lots of pets, and just focusing on being the strongest possible Vitality Guardian + Acid Purge build using the conversion on Blood Orb. But that’s boring so I didn’t do it. 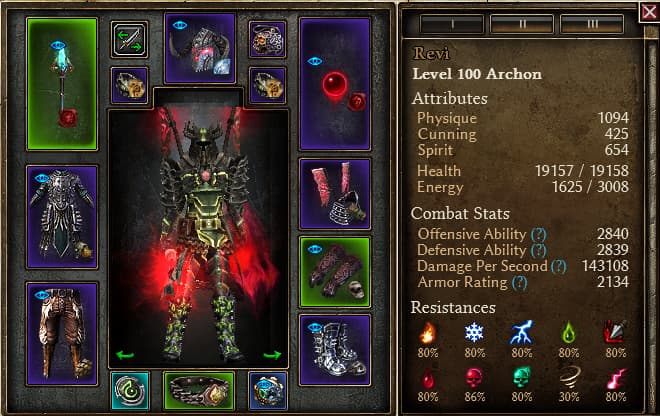 Tooltip DPS is Acid Purge with no temp buffs 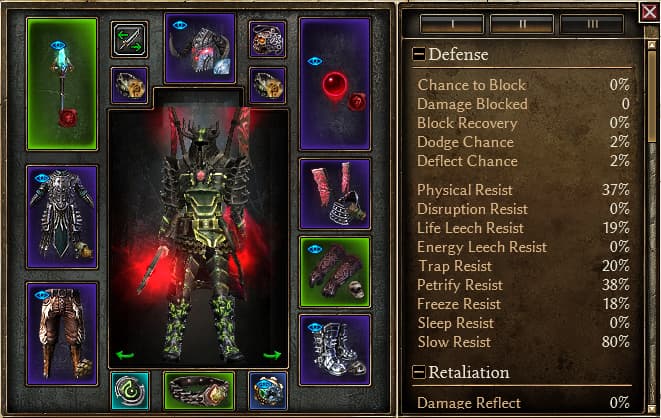 The build as presented includes some implausible GDStashed rares, but they’re not really required.

The issue you’ll face if you try to level the build based on the endgame version presented here is that Storm Totem and Guardians are both late in their respective mastery trees, and neither one deals terribly effective damage without high investment. Acid Purge also isn’t available until level 75. Devouring Swarm will carry you through early Normal like any Vitality build, but without a plan for the midgame, you’ll hit serious damage doldrums by the time you get to Elite.

I solved this by grabbing a Groble Sand Effigy ASAP and using Grasping Vines as my main damage skill from level 20 to level 93. I’d never leveled with Vines before, but I was extremely impressed with its performance. It clears rooms with a single casting the same way Word of Pain does for Inquisitors, and even once its damage starts to fall off a bit in Ultimate, it combines well with transmuted Storm Totem (you just drop one of each on a pack and keep moving).

Here’s a rough sketch of what the character’s gear might look like at level 50, using budget items (components/augments not filled in).

Here’s what my character’s actual gear looked like at level 79 (early Ultimate), along with some footage of the character’s performance at that level.