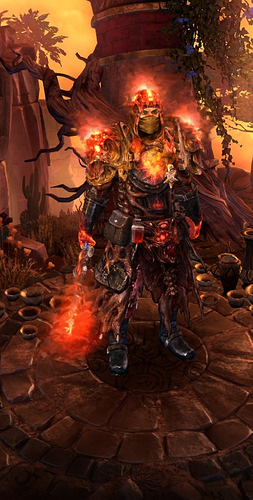 Technically it is still after lunch…

Does Wendigo Mark heal you when bound to Guardians?

How many coins to set up 4 Storm beacons?

5 each, so total 20. Actually cheaper than 1 fully leveled beacon/banner (25)

Yes, because its damage is full vitalityx3. It’s no chillwhisper’s blade spirit, but can really feel the damage when they ganged up nemesis/bosses. I think you can see it from the video.

Shouldn’t something like maximised Bone Harvest line be more damage at the end?

No, unconverted bone harvest damage with 1h and quite long cd is bound to be meh.

again credit to @sir_spanksalot for the ideas.

dats whut i do, boooooooi.

Glad to see that changing the belt lowered the clear speed by a massive 20-30s.

And it’s always awesome to see a GoE focused build

We’ve been through this mate

We’ve been through this mate

I am trying to imitate build discussion here, mate, I know Jabrix has probably already min-maxed everything

You can never tell with commie rats. They say one thing, then do another. <3

@thejabrixone: Given that you’re using beacons, have you considered forgoing raise the dead?

I am trying to imitate build discussion here, mate, I know Jabrix has probably already min-maxed everything

Glad to see that changing the belt lowered the clear speed by a massive 20-30s.

Damn, I feel so stupid using crimson lotus with blood orb… Fortunately you remind me…

Given that you’re using beacons, have you considered forgoing raise the dead?

I think no. I prefer to make the build working in all game mode. The skeletons actually inflict a decent damage damage too.

BTW, tested storm beacons in my recent builds and kinda have a mixed feeling about it. Seems like this vitality build is the best with it.

Lightning makes it more damaging, but this vitality just make it more consistent because I can herd all enemy to the center with 0 worries. Sitting in center podium makes all the 4 beacons hitting all enemies like no tomorrow. But not all build can afford it, some still need to have clever positioning.

In theory all the builds that has big elemental RR should work good with this beacon setup though. Need more sample to judge.

Makes sense. Didn’t really think about positioning because it’s just so intuitive to me.

Guardians doing damage? Oh, I need to try them out.

Damn guys, this is not the first time I build a blightlord…

Guardians doing damage? Oh, I need to try them out.

Damn guys, this is not the first time I build a blightlord…

Take what you get! Next time which you post Blightlord will write you the same.

So nice to see the first Blightlord character you build! Silent thanks, less than three. 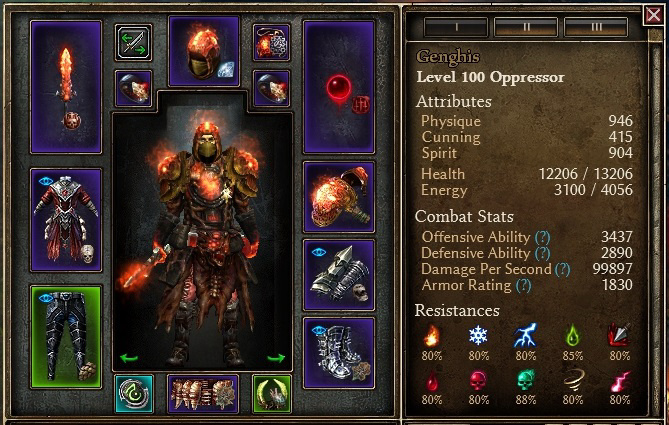 Build is updated for 1.1.6.2 with Morgoneth rings and One more Guardian Bros…

Hey, been trying this build out in SR 75-76, and I feel like I’m missing something.

The damage is good, but it randomly gets chunked for 80% hp even on normal enemies. It seems super random, and I’m not sure if it has something to do with not having overcapped resists, or what, but the consistency just doesn’t seem great. Makes running SR a mildly stressful event lol.

Anything that needs to moved around for content outside of CR, or maybe I can adjust components and augments?

But as long as you dont get one-shot you should be fine coz of the very high sustain this build has. Biting Blades has 70% WD dont underestimated the healing this skill does coz of the WD.

This does mean that you have to damage and proc stuff so you can leech life back. Dealing damage on the move is important for this (aka piloting skills).

The build also has above average cdr so really use ascension and mark of torment frequently.

Thanks @ColdistheVoid for helping answering…

So few things that need to be take note of from this build: