Part one of my controller friendly build series: Callidor’s spellbinder

The (cheap) gear that I cleared SR65 in. 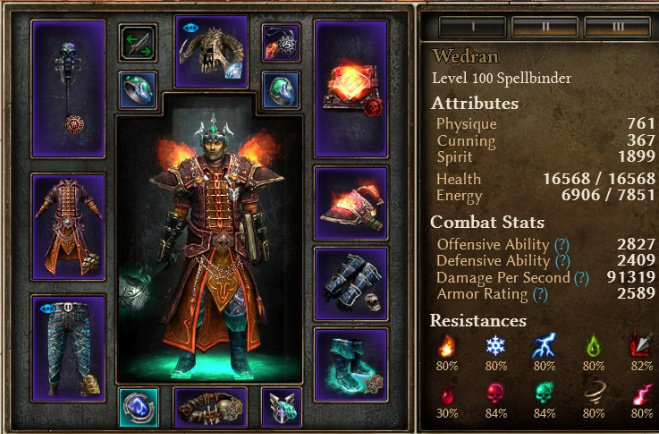 Playstyle: stand and smash with Callidor’s Tempest until your enemies are dead. Use Mirror of Ereoctes and Mark of Torment to not die.

A note on perfomance: I don’t do crucible, so I’m not sure if this would work well there. And I’m really bad at shattered realm - this was my first ever clear of SR 65 on any character, so I know I have a lot to learn. I would be surprised is someone experienced couldn’t push this much higher, especially if they have Mark of Anathema.

That’s pretty much it. This is my first build, so I’m happy to hear friendly suggestions for how to improve both it and my guide.

Since I can’t figure out how to do dropdowns:

You now see all the text and code from the post.

Thanks, that helped a ton.

Always to see new builders around

You can check my Binder for ideas;

I would say chest components/jewels augments are not optimal. Also because of controller you skipped Devastation or else? Devotion map, I don’t quite like Behemoth to be honest, since neither class boosts health regen.

Wow, that’s pretty similar. Yeah, I skipped devastation and I’ll omen because I use a controller. And Behemoth feels wrong, but seems to help.