Bonemonger is one of my favorite sets, since it’s so versatile having both elemental and aether support, also boosting Inquisitor, which is excellent support class and leaving your weapon/off hand slots open. So my build ideas are going ranged with it. Ranged builds are kinda delicate, since Fire Strike/Inquisitor WPS interaction is great but without ranged tends to struggle in damage department. So here is example of going ranged using different classes combos. There was interesting discussion some time ago. So tag @boromonokli here. 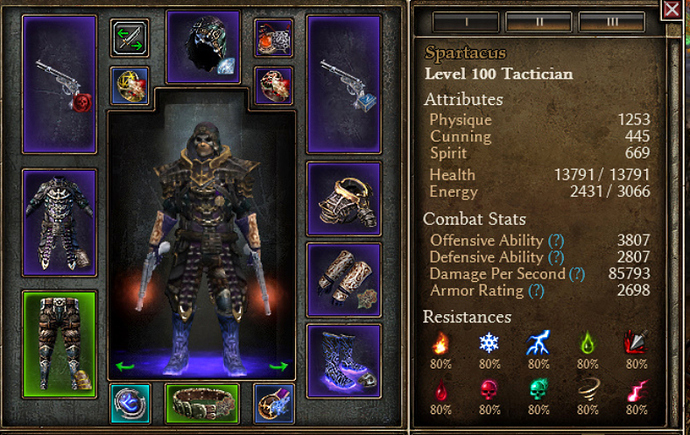 Build is updated to the new patch, credit to @eardianm for the idea.

In Crucible build is doing 6:20 on average, I didn’t have luck in pushing it sub-6, but should be possible, video from run of 6:04.

Other key items are the Exonerator pistols. They boost Cadence damage, fully converts it to lightning too. Also:

Build is relatively durable in Crucible, Seal, nice overall stats will let you boss most Crucible waves and Campaign. Ghoul is fail-safe mechanism against heavy hitters.

So I tried the build with more points invested in spirit. That boost slightly damage and clear speed. My average time is perhaps around 7 minutes or slightly more. Times vary a lot, depending on mutators and if Valdaran/Maiden spawns often. Mad Queen can be nasty, cause her aura reflect your projectiles.

Here’s video from my fastest run with great mutators - 6:33!

Kudos for the update.