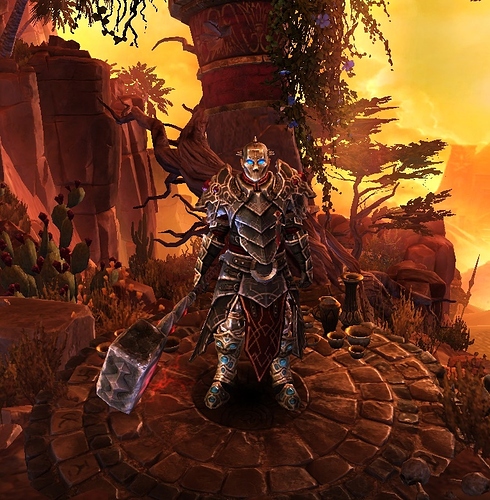 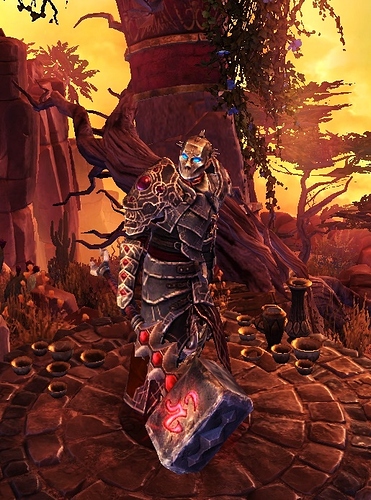 Images from the game with perma buffs and Deadly Momentum buff

Gears : There is only one MI which is belt and Leviathan is the main focus of the build.

Devotions : Assassin’s Mark and Azrakaa are must get. Since the Cadence lifesteal is pretty much inconsistent; I took the Dryad to be more stable. It also provides good stats along with Spirit requirement reduce for jewel’s which allows us to use the points into cunning.

Build has mana regen problem in long combats so I took Scales instead of Ulzaad. Lost some damage but gained more survivability since we have some Vit>Phys conversion.

3 Points in Wendigo and 2 points in Spider are for AS. 3 Points in Ulo is for resistances.

Throne is for both CC and resistances. Ghoul is for lifesteal and circuit breaker.

Build is Crucible 170 viable with 3 buffs and 1 banner but I don’t record runs so I have no time for it.

SR 75-76 runs are consistent, even with bad mutators if you play careful you won’t die. But no Disruption Resist is PITA so be careful againts disruptive monsters like Grava. In crucible you can change the medal component to Arcane Spark since resistances provided by buffs.

This is actually a different version of my Gutsmasher Warlord. I made big changes so I decided to open a new thread for it instead of updating the old one. Build surely can go higher in SR if you’re skillful pilot. I will add new screenshots when I have time to do so.

I like builds like this one. I would make one change and go for Ulzaad’s Decree https://www.grimtools.com/calc/YVWnXQy2

If you take Ulzaad this is a better option https://www.grimtools.com/calc/4NOGEKON no resistance lost, even %10 aether and %15 cold resistance gain. Costs 5 cunning since the spirit is less; %5 AS, %4 physical resistance and some little OA and DA loss but better damage and much better with proc.

Hi, just a question, wouldn’t it be better to go for Kraken ? the 20% AS seems really worth it. Dire Wolf also seems worth it now.

Hi, just a question, wouldn’t it be better to go for Kraken ? the 20% AS seems really worth it. Dire Wolf also seems worth it now.

When I first tried with Kraken it was hard to balance the resistances and other stats like OA, DA so it was better without it and I compensated the AS with Jackal, Wendigo and 2 points Spider and those also gives spirit points so saved me from investing to spirit but actually with the new augment buff I can try to squish it somewhere. I didn’t thought of that while posting the build, thanks for reminding. I can make it work I think or atleast try a version and if it goes better I can update the build but Bear King is much useful than Direwolf here, we need elemental resistance, DA to put more points in cunning, AS and so.

Edit: I came up with some paths; https://www.grimtools.com/calc/gZwwXWqZ like this with same balanced style and like this with more damage https://www.grimtools.com/calc/lNkwawlN I tried to keep the resistances same. The Difference is %3 AS and %50 damage gain; %2 phys resist loss,and some DA, OA loss (due to loss spirit and stats) on the kraken itself but other choices makes the real deal here. My DA threshold was 2850 and I would like to keep the OA more than 3k without any buff. So unless it brings some serious damage to the table or find a way to survive without scales it’s hard to get all things I want at the same time.

Cool build. Have you considered getting the Bear constellation for the Armor Reduction proc or it isn’t needed as much?

Have you considered getting the Bear constellation for the Armor Reduction proc or it isn’t needed as much?

Thanks, actually since @WhiteWalker reminded me that I can get kraken again; I might use also Bear/Maul instead of Scales if it provides real enough survivability. Tough with 1 sec cd and %15 chance, I can only bind it to blitz which have 3,5 sec CD. This build probably isn’t the best for utilizing Bear constellation efficiently.
But build already performs very solid even without kraker which people thinks it’s a must get for 2H builds. I recently hit almost 1,5M damage with cadence in SR 76. Damage isn’t the biggest issue with the build.
Even all those health, armor, phys resist, +max resistances the cadence lifesteal is a big problem with 2H. Life is still going down and up too fast but with 17k health you can endure some of them up to a point. Damage difference of min-max weapon damage on 2H’s are too wide and with Cadence, if you fumble a third hit and hit the low value a few times in a row you might aswell die if you have no backup. So as long as this build survives, it can kill everything fast or slow.

Though it needs some testing, Bear binded to GoE might be very good aoe for armor reduction. It might even provide more damage than azrakaa constellation in total when you calculate the damage increase with -%30 armor applied.

Hi Fordperfect,
Thanks for your answer earlier.
Why I actually had so much interest in your build, is because I’m currently building a 2H physical PS warder and with new devotion options it’s always nice to compare.
I meant Bear instead of Dire Wolf

apologies! the new skill seems worth it.
I was playing around with your devotions route, came with something up like this:
https://www.grimtools.com/calc/lNkwa9DN
PRO’s: +200 DA/OA, +500 Armor, more damage
CON: you lose resist… especially poison and elemental which can be crucial.
And especially since Warlords are vulnerable due to low resist I do not think my setup will give you more advance. But perhaps it might give any new insight to you as you know the build best

Interesting but unefficient route, you forgot you have to invest 11 points into spirit for requirements. You lost slow resist which is essential for any 2H melee builds, especially for Cadence build. %10 physical resist loss and loss resistances are kinda serious. Dryad proc lost, lost %5 Adcth and proc from the scales and %3 adcth loss from toad. To gain 2,5k weapon damage and %7 more AS which probably increase the sheet dps as 15-20k. I don’t think it doesn’t worth it. With your route, this build can’t survive anything.

If I take Bear instead of Scales; I would prefer a path like that https://www.grimtools.com/calc/62aAJ5O2

So. I was browsing for a new build and came across this one. Saw the username. Ford Prefect can’t be wrong, so I ended up choosing this one.

Now, I have NO IDEA how to level a Warlord. I read some vague instructions like “level all soldier class the same” with forceweave or something. I can’t say I understood or found what to do. So here I am. Could you point me to a useful Warlord leveling process for a noob?

Now, I have NO IDEA how to level a Warlord.

Best way is find a two hand melee weapon, put points in Vire’s Might, blade arc and judgment lines. You’ll probably drop some Baldir’s Set pieces, invest some health regen in devotions like behemoth, harvestman scythe, lizard and use items provides regen and veterancy ofc. Don’t forget to bind Assassin’s Mark on BA. Also get ghoul and Scales to level it up earlier. Then the rest is, saw a pack? Dive with Vire, judgment and spam BA. After 94 or till finding all the gear you can use that style. If you find Farmstead Liberator, Gutsmasher or Guillotine on the way it’s even better, use them. It’ll be faster than cadence leveling. BA will drain your mana until you got scythe and scales but you can manage it.

https://www.grimtools.com/calc/RZR8XQO2 You should reach something like that at level 65. I’m not sure how much devotion and skill points you’ll get at the time but close to this. Don’t forget to use components and augments in order to balance your resistances.

Thanks it’s been pretty easy to level (and I just got exp potions from my previous char, it’s GREAT!). I’m at homestead now. Which faction should I choose to side with ? And I can’t figure HOW you got the the devotions you have in your LV65 suggestion. I figure you must have taken some, then respec and keep the complete ones, I just can’t figure the order.

Thanks for the help, much appreciated.

I choose to side with ?

Choose Kymon, you may need chaos+vitality res augment in the end.

Then you need to respec everything with tonic of clarity ofc. But since there is an MI in the build, if you can’t get the same resistances on it you might need to change the augments and components accordingly to reasonably overcap all resistances.

It’s been a FUN few days. Having a blast leveling with the simple skills and the super useful guide, thanks so much. I’m up to Forgotten Gods now and was wondering :

I’ve been shrine hunting and the devotions do help so much. I think I’ll have to look into crucible grinding for my next characters to get those devotions earlier.

Like I said earlier, I level using the exp potion. The only problem I have now is that my reputations are too low for some quests and since all the monsters are too low level, they don’t seem to give reputation anymore (or was it because I was in a multiplayer game?) As it is, I can’t start the quest to get the Mogdrogen items for the last shrine I left behind.

Thanks again for all the help, it’s super appreciated.

I think you should move to Elite difficulty and do all over again. Normal/veteran facrion sections doesn’t really matter. The important decisions are in ultimate but FG factions are all in the support role so you can choose anyone and atill access to all.

Well, if you have the items you might manage to get Revered/Nemesis with factions, but unlikely without unless you’re clearing all areas. And certainly not by speed levelling without XP boosters. And no, you can’t get all devotion points on Normal unless you go into Crucible and get some that way.

I really dont understand it why are you using leviatan on Warlord insted of on Death Knight… You get all the same -% physical RR but you get the Necrotic edge OP bonus… here is my version https://www.grimtools.com/calc/a2EaXjl2

@Veno
Bone harvest / Soul harvest is 10x better than SS, you have both cold/vit converted to physical so 100 more flat dmg (and it ignores armor). Also your build have serious energy problem, have you considered taking Reaping strike or use Arcane spark?

Warlord insted of on Death Knight…

Sure it’s potentially better, Necrotic Edge is better than Smite and the weapon certainly made for DK. I would probably use a different setup than you. But I had a warlord already and wanted to use DK option for something else, which became possible by the latest changes. What Oathkepeer provides is… More flexibilty due to GoE(Best pseudo-pet proccer), Resilience, Ascension. MoT provides better survival in 1v1 situations ofc. You didn’t take Omen or BH so your setup seems same with my Warlord but it’s actually not, if you put those points into them you’ll have not enough points to focus on Soldier side.
So I utilized my Warlord, made it better and shared it. The only thing this build lacks is disruption resist.

Well, if you have the items you might manage to get Revered/Nemesis with factions,

Actually I made typing error out there.@heretushi It should be can’t in both sentence, answered with phone while one eye closed

@medea_fleecestealer And yeah it’s possible but really hard. It will require a very long leveling without any experience boosters. And Devotions is impossible since there are only 47 shrines in normal/veteran.