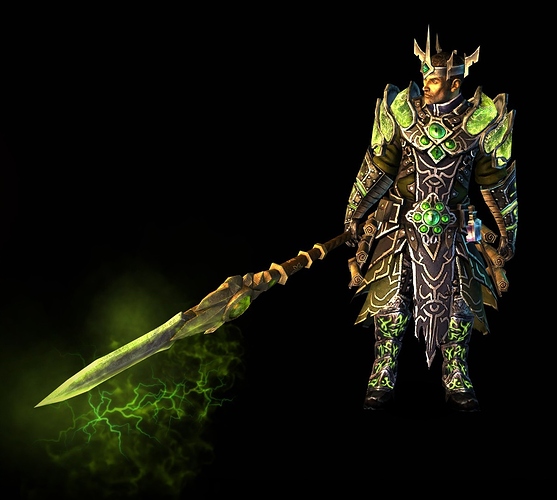 The build’s only active source of damage is Winter King’s Might from Crown of the Winter King but we stack a great amount of flat damage to make up for it. The skill has a solid base of 165% Weapon Damage and a lot of Cold and Frostburn damage.

But first things first, we convert 100% Elemental Damage to Acid Damage (well 95% with average rolls) thanks to the following combo:

There are also other conversions: 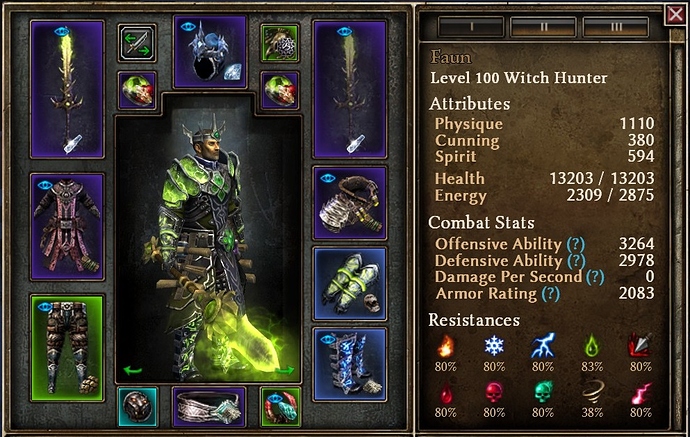 I tried swapping Raise the Dead and Meteor Shower bindings so that I don’t have to Shadow Strike too often
but couldn’t keep the number of skeletons up with 50% proc chance. 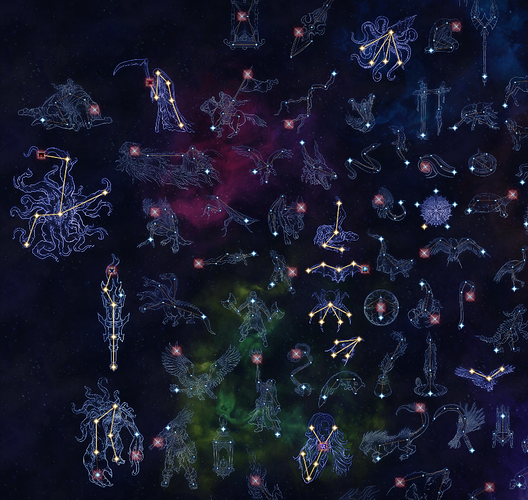 As for SR - I’m a total noob at it, need to practice more before I can test builds properly.

@Valinov made a similar build with Chain Lightning YT GT 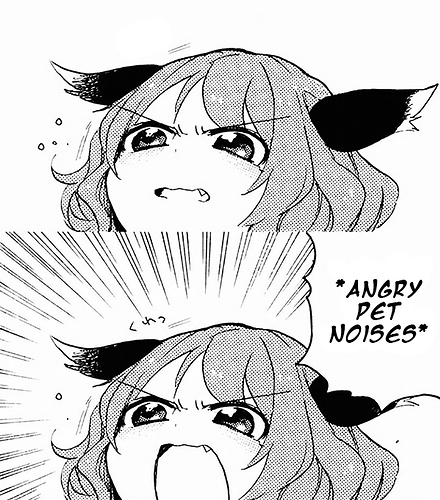 Love the build overall and the amount of thought you’ve put into the little details and decisions and how you’ve explained them. Fantastic write up

As stated above, I too enjoy the format 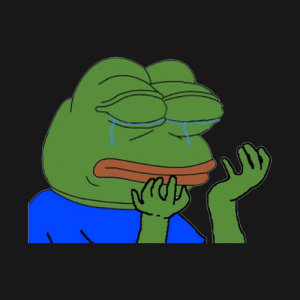 I’d like to report Valinov for toxicity and harassment @

Hmmm… I’m not sure where the difference comes from. If I had to guess I would say that your build has far better AoE (does Chain Lightning not need to be targeted and always hit 3 targets around you?) which is magnified by Roman’s crazy piloting skills / strategy / managing Acid Dot. He jumps from trash to trash exploding it very quickly. Also maxed out Nidalla’s Justifiable Ends looks great for free damage and mobility.

Single target seems comparable or worse at times than mine from the looks of it despite having far more %Acid Damage. It sometimes takes Roman a very long time to kill a tough single target. This is probably due to Chain Lightning having a lot less single target damage than WKM which shows mainly when there are no lucky Devotion procs at work (Acid spray on Bloody Pox might be problematic) / enemies around.

TLDR I’d say better Crucible build (mainly AoE) + better pilot + maybe a better computer (although this one may just be an illusion due to pilot’s flow and recording in higher frames). Even if Chain Lightning is better for Crucible I didn’t even consider it because I tried to make the best WKM builds (after making a million Oblivion ones) of all damage types and this is the Acid one (one of the very few that are potent / interesting / not artificial). It wouldn’t have crossed my mind anyway as WKM’s numbers look very solid and the skill worthy of a build. At least I have better defensive stats as a consolation although if both builds survive their defenses are worth the same.

And it turned out acid chain lightning was significantly better lol

Do you mean that you / Roman specifically tested WKM variant of your build? If that’s the case then maybe WKM should be buffed.
PS It had to be you who ninja’d my concept - based your numerous creative builds you have good ideas on a regular basis

I would like to say cool build, but no it’s acid

Very interesting idea to stack flat damage to it and also not a common thing, 2H Witch Hunter.

I’ve abandoned any objections towards gg greens in a pursuit of advancement in meme science.

That is the right way

Thanks to some mod for adding tags that I forgot.

I also did aether, fire, and physical wkm builds. Aether was probably my favorite. Physical wasnt bad either

I was planning to make the Physical next, looks very thematic.
I have a finished GrimTools with the AoE Cold Caster one.
Also Piercing looks promising / interesting.

All other, i.e. Fire, I skipped thinking they’re not good / don’t utilize additional concepts besides WKM
(I guess I made a mistake on the Aether one).
You could make a very good Vitality build around it but it would be just for art’s sake / artificial.
Chaos is real with Rah’Zin’s Cold to Chaos but Obsidian Tremor makes it redundant.

Btw let me know if you have any of these on the forum in the form of build guides so that I don’t duplicate.

I havent really posted that many things… Of the ~600 grimtool builds I’ve made since FG testing, I’ve probably tested ~500 of them. I’ve only posted a handful of those. If I had more free time around my pc, I would post more builds. Unfortunately, as it is now, I prefer to use my limited free time trying to play instead of making up build posts. I guess I could just do short posts for them, but that always felt like I wasnt doing a build justice.

Nice build. One little thing for your youtube vid. Please put your grimtools and guide link in the description. Thanks

Nice work! When I tried acid version a few months ago I binned it when it went squishy in SR, so you seemed to have found a better balance than I did.

. Helm is pretty flexible with all the elemental -> X options now

I cannot facetank SR75 mindlessly with this dude. This is how I’ve been playing SR except maybe backing off here and there. Reaper crits me after he warms up or I die to Fabius reflect. I would either need to learn to how play / pay attention or make a more tanky version for SR. This devo gives more a lot more Health, DA and armor for example

Very nice and original build. Thank you for sharing. One question, is acid spray of manticore that worse than revenant’s on flat RR for acid WH?

I prefer Revenant for Life Leech, Casting speed, Energy Leech
and also because it’s easy to proc it (easy to sustain skeletons due to their long life time)
It really doesn’t take a lot to maintain 6 of them. And they deal solid damage in this build on paper.

For example Bloody Pox on Acid Srpay that Valinov has sucks for single target proccing (you wait 6.66s on average for the proc but there will be times when you wait 10 seconds) just in Crucible it works well most of the time due to its nature of having lots of monsters (so a lot more proc chances) to fight almost all the time.

I like my characters being able to proc important devotions in every circumstances but because of that they may not be super optimized Crucible machines and also attempt single bosses with them too. You can proc reliably only so many 15% chance devotions on single targets.

Nice to see the Winter King skill be used for good effect. I hadn’t seen anyone use the skill as a damage source in a long time.

Question for you: With the Winter King’s helm -40% Movement speed to Veil of Shadow, -25+% Total Speed for VoS itself, -40% Movement speed on Curse of Frailty, and a total speed debuff for the Black Blood devotion, have you seen enemies slow down by any significant measure? I attempted a very similar set-up (but Cold damage instead of Acid), and I may have seen a little difference in enemy movement, but not much. You’d think that with -80% movement speed + the total speed debuff, you’d see some enemies move slower.

It sucks that debuffs that aren’t RR don’t have any real effect. Now that DA is practically a useless stat again, huge OA debuffs aren’t useful either, so no matter how much investment you put in debuff skills, they don’t have nearly as much effect as “stack more RR.”

Maybe just dump them out there and highlight which builds need to be checked for performance.
People will go through them and pick one to their liking and even post back some feedback.

The chinese comunity just dumps there builds once in a while and people pick up new stuff from them.

So just put them out there ?

I really like going through links and theory caft a little bit. Take te build for a spin , utterly fail andtry the next one

But so far I can’t make builds from scratch.

I don’t pay attention to such details especially that

I may carry out some test if you can think of one assuming the Crucible video is not enough to tell.

Btw the character almost takes down Ravager (killed me in the last moment). But I used every long lasting potion available without thinking. Maybe I could make him Ravager killer with some tweak, well I mean without changing Devotion (because for example with the defensive devotion map I posted earlier it would probably be easy). 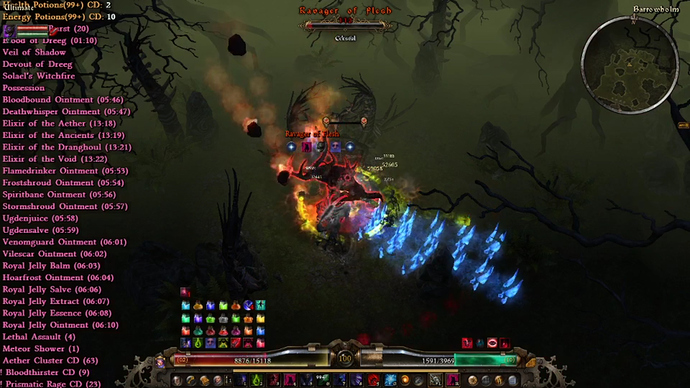 Hey, interesting build! Making it acid is actually a good idea!
Have you tried to model the concept as dervish?
Also, how do you feel about casting ABB in each of your winterking spamming?