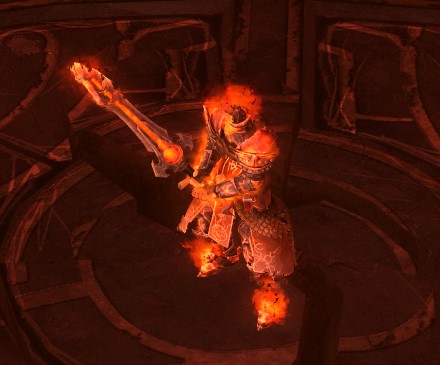 Praise the sunherald, I guess?

I decided to explore another beginner build option, this time the idea came from @Ulvar1. I haven’t made a Commando until this character, although I was initially planning to build it around Forcewave with Shar’Zul’s Worldeater. With the recent buff to Sunherald’s Claymore, I gave this Blade Arc variation a shot.

This beginner guide will assume that you have both Ashes of Malmouth and Forgotten Gods expansions, since the build revolves around Sunherald’s Claymore.

Also, you should be okay with target-farming a lot. This build requires several Monster Infrequents (MIs), and the build’s performance will vary with what affixes you will get. More information about this later in the guide.

This will be divided into character levels and areas so you know what to look out for and what to do next. The early levels are not set in stone; it’s just what I ended up when clearing the area of interest. If the section does not indicate an area, it means that it’s a key level (usually major item changes).

Here are some videos showing the build’s performance:

The build’s performance is above my expectations with a single RR mastery class (Soldier doesn’t provide Fire Resistance reduction) and the RR sources are as follows:

There can be another -8% Fire if I use a Mythical Combustion Band but that’s it. Ulvar’s original concept was to use the Revenant devotion for the flat RR but has no Ulzuin’s Torch proc; I feel like the build will lose damage without the Meteor Shower that’s why I went for it.

The Resistance Reduction problem clearly shows itself when fighting against enemies that are innately Fire resistant and can roll with even more Fire resistance on the gear that they are wearing (most notably the Malmouth mages and Kymon’s Chosen hero mobs). I deal almost no damage even with all RR sources applied.

Nevertheless, I had fun tackling this particular class and its limitations. Since 1.1.9.0 is going to be the game state for a (most likely) very long time, I hope that other people will also enjoy playing as a Commando.

Here are similar endgame options past the items that I have:

Efreet Warrior [Efreet%20Warrior%20Collage%20A1] Hello! This is a 2-handed melee Commando that uses the Conduit to convert Blade Arc to fire and employs that as his main skill. He also casts Blackwater Cocktail for a large amount of support. A lot of the build’s power comes from Shar’Zul’s Worldeater, and it doesn’t rely on item sets, but it does use a few MIs. It has a fairly standard devotion setup for fire damage. Since I posted this in 1.1.5.2, a string of changes have buffed this build, …

Thanks to @Ulvar1, @Stupid_Dragon, @Nery, @Monceaux for their Beginner Guides. These helped me to figure out things when I was starting out in Grim Dawn. Thanks also to @RektbyProtoss and @Relinfearous for their endgame Fire Blade Arc builds. And special thanks to you for reading, until next time.

Reserved for future use.

I feel like the build will lose damage without the Meteor Shower that’s why I went for it.

That would have been a shame, it seems to hit so hard with full physical conversion
+congrats on the first commando guide !

Nice budget setup, I like Sunherald weapon as well! 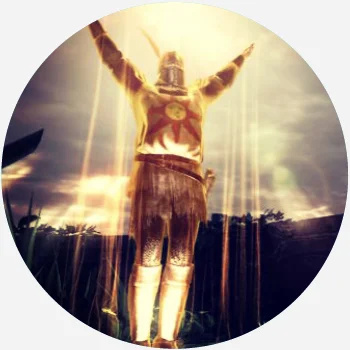 it’s kinda “annoying”, there are so many awesome beginner/budget builds coming out since 1.1.8, and i can’t level them all

but sun heral/fire blade arc, i gotta try that jazz

i am “prepping”
planning an “ulvar build” run type thing for after my surgery, when i do a clean slate HC SSF run, but i also want it to be sorta non-standard/“ez route” ie no forcewave leveling etc,
and i kinda want it do be one of the missing slots on the bingo board too, even if i’m not making a diary/guide post for it, i still want it to be kinda in that “spirit” /category. I just keep getting tunnel vision or distracted, to where i haven’t even decided on class, skill or potential final build form yet - tried a lot of fun relics/granted skills so far tho

Going to try this out, thanks for the guide.