.
I love the trozan druid as much as I love farming SR 75-76 but was frustrated how unforgiving the Cairn wilderness is… Volcanoes, crystals, aether pools, they almost hurt more than legos on a naked foot!

This build is a variation of the excellent DmT trozan druid: the core items and gameplay are the same but there’s also some noticeable differences between the defensive/offensive concepts and the devotions. More on that later. 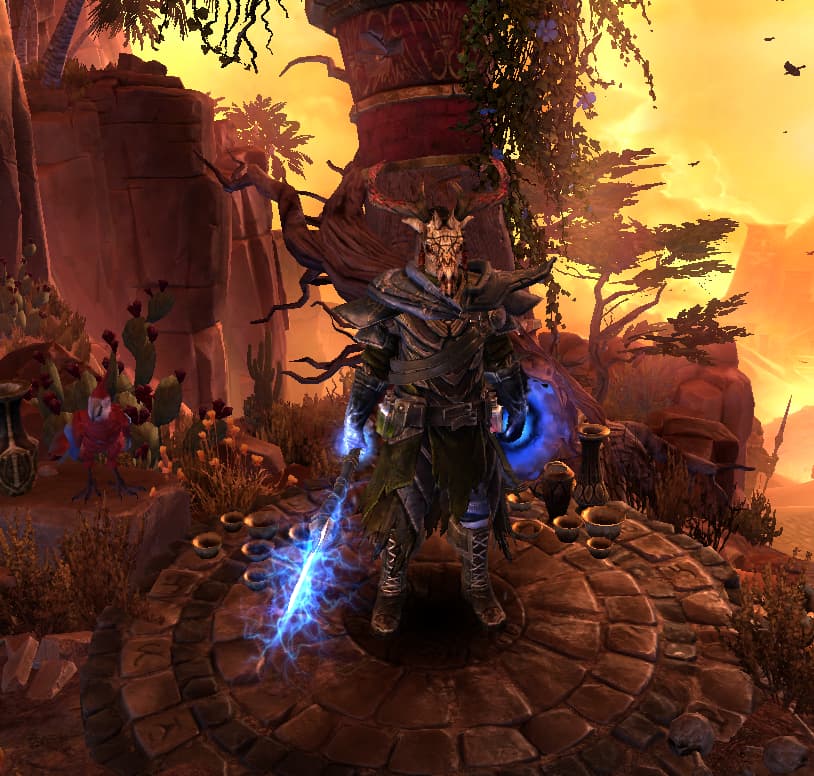 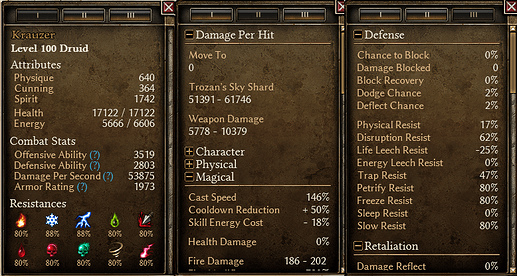 Performances
This is the exact same build for all the vids: no augment, skill or devotion rework needed.
As this build is about kiter sustainability, all runs are naked and without health potions.

. Thank you if you have read this far (sorry for my broken english) and I cannot recommend you enough to give a try to trozan druids, they are a lot of fun! 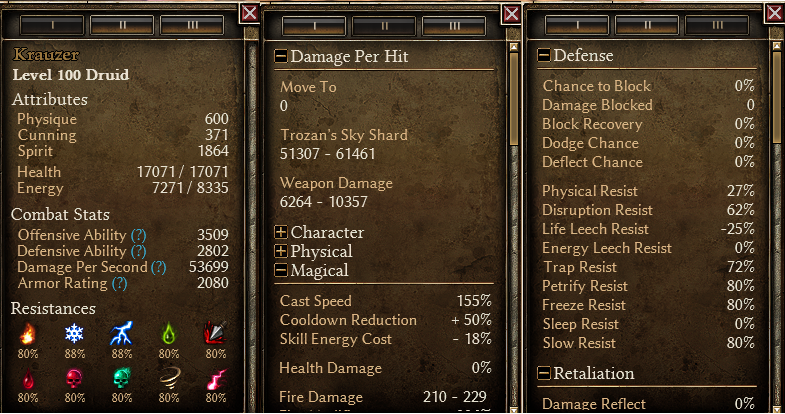 I recently played a bit again and, after some testing, found a few defensive improvements without changing the items, sacrifying damages or other stats.

So I tested a few naked challenges with this new setup and here are the results:

Exit The Bat et Behemoth and welcome Scales of Ultama and The Dryad for a better and more consistent life sustain.

Better defensive stats thanks to the new devotion route :

We just leave one point in storm totems and keep using them to trigger Rhowan’s Crown Elemental Storm and spend the saved points into “overload” and “elemental balance” for OA and critical damage instead.

The only downside of this new setup is that since elemental storm is no longer bound to TSS but to the storm totems, you have more randomness to where the elemental storms triggers when theres a lot of ennemies. Its also a bit slower since you need to both deploy your totems and wait for the proc to happens. When bound to TSS, elemental storm (almost) always triggers and you are more certain about its location.

I forgot I ever made that druid, at the time I never imagined Dryad would get out of the memezone, but here we are now

What do you mean by that? I think totems damage is irrelevant to

After thinking about it, you are indeed right: its irrelevant to bat

How valuable are 2% phys resist from Jackal? Why not drop Jackal + Hound and take Viper + red/blue nods instead?

How valuable are 2% phys resist from Jackal? Why not drop Jackal + Hound and take Viper + red/blue nods instead?

The only valuable stats on viper is the 3% oa, vitality res is already overcapped and theres no energy problems. The same 20% RR is already found on ultos and does not stack.

So the 15% armor boost, 6% speed boost, 2% physical resist and the bits of damages (any saved point in physique goes to spirit) are more appealling to me.