[1.1.9.3] Phys Shieldbreaker with a sheild that breaks EVERYTHING+++ (now actually)

It’s the second good physical build i wanted to share (after ranged DW Paladin). Never would’ve thought S&B could have a top performer, but thanks to the latest physical, flat and Smite gear bonuses it’s now possible!

This is Smite focused version:

The gear revolves around maxing Smite dmg and flat via Temper+Rebuke, so Doombringer and Watcher of Erulan are a must. Okaloth’s helm is possible to further boost Smite but then you lose some overall dmg, and finding leech here is problematic. Also a lot was sacrificed to cap AS with slow main-hand which is pretty important to boost the only other WPS. Try to look for Tyrant’s prefix on it to have some reliable %dr.

The build as it is is tuned heavily into dmg. Safer Devo route with Empyrion, Ascension cap, 100% armor absorption and higher leech will give you much more tankiness, but this obscene dmg will not be as obscene anymore. 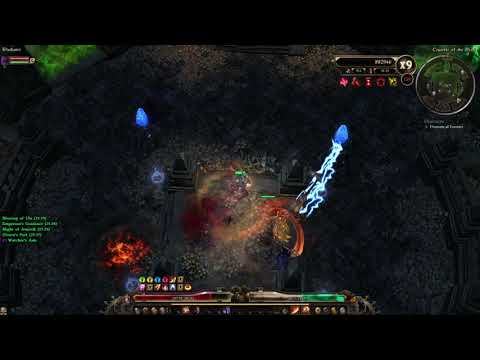 Very lucky run, avg. time in Crucible should be about 4:45. 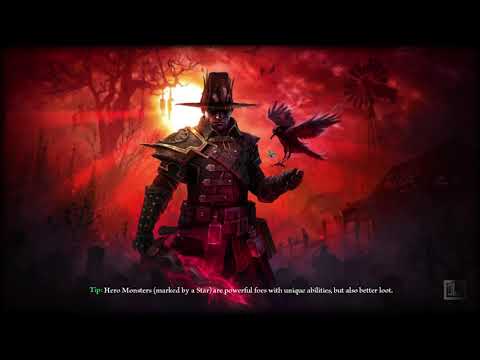 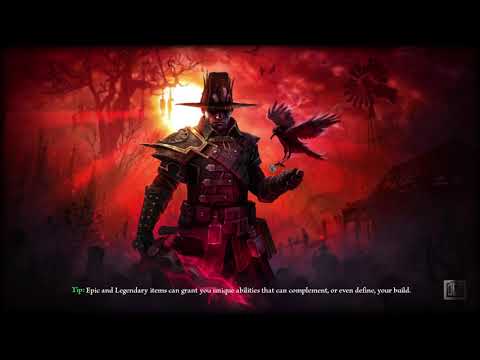 This was just an experiment to test the dmg limits. SR100 is beyond reassonable for this build. I wouldn’t go further than SR85 with it. 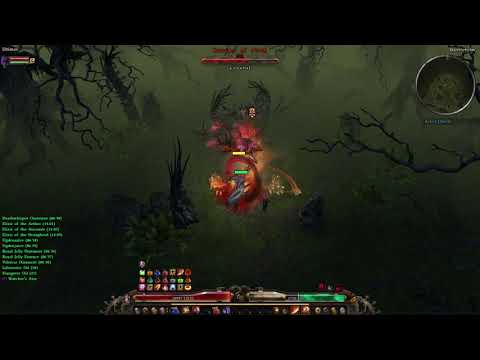 Ravager winrate won’t be 100%. But the kill is fast enough to have some deaths on him. 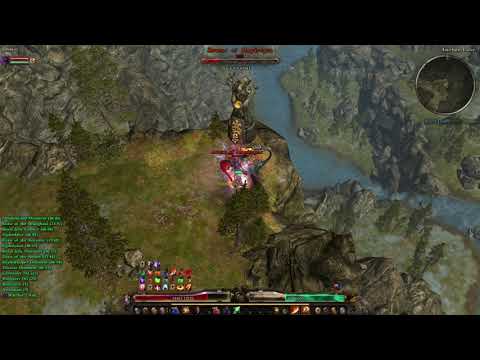 Didn’t try Crate. It should be very doable with a cluster if you switch some gear to cap cc res. Against Calla, you can try maxing Ascension and kite her away from her summons, but no guarantees. Crucible without buffs/banners (with extra spawn) is, of course, doable but nothing impressive timer-wise because lack of cc res will slow you down a lot.

In this thread the chinese(?) author points out how strong Siegebreaker is.

I tested it myself with his builds and found out (not sure if it was known) that SS not only hits with both hands, it deals full WPS dmg with both hands (although the wave is a singular hit). And since this shield also has huge phys res, bonus flat and max pierce res the version of my Shieldbreaker with it turned out to be better overall, although lower AS makes average SR and Cruci runs slower. 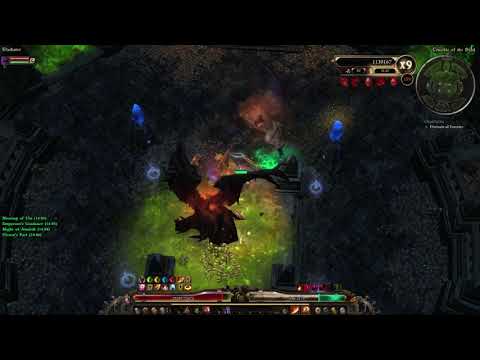 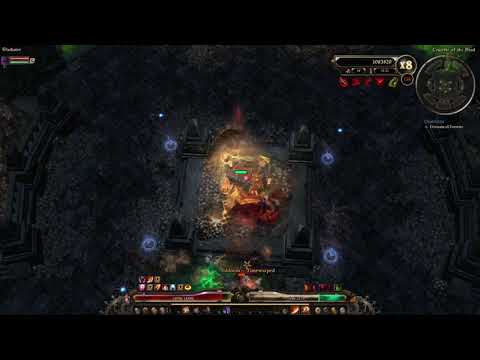 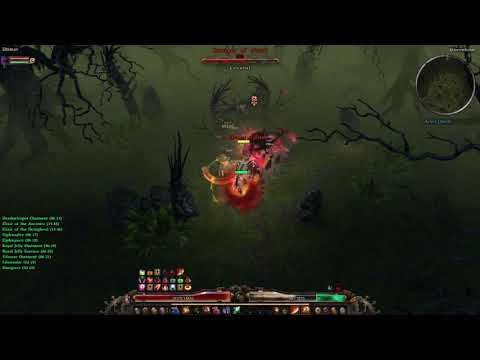 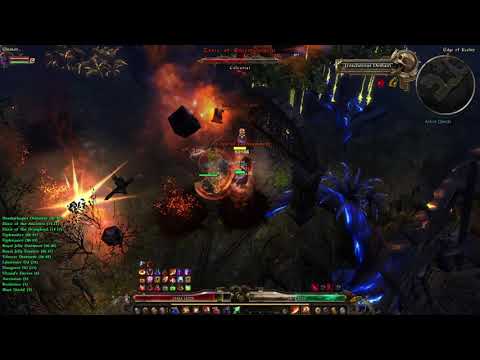 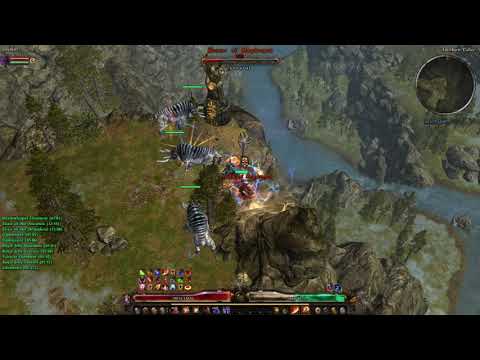 It’s good to see Erulan being put to use! I also made one build around it but I went Opressor instead for 100% wps chance.
Here’s the build for the curious Shield wps Opressor

As for your build, what do you think about Mark of the Voracious One as alternative for the medal? It could help with survivability if you are willing to give up a bit of that flat damage.

I considered it for similar Paladin. For SB it’s too much flat and %dmg lost.

It’s the second good physical build i wanted to share 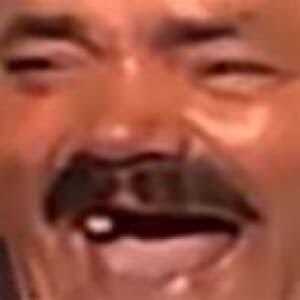 This is definitely the most interesting one out of the ones you have! Nice build!

Prob its not only the health regen carrying this build that much. I think the deal is also in phys res on MI offhands, but not sure.

In all honesty, build has 5 extra items worth of %phys thx to handpicked affixes but even without that extra 500-600% dmg, it’s still way over what average joe builds can muster. Sth to think about for @Zantai. Should phys really have access to 3.5k%dmg BEFORE cunning dump while being the dmg type that has 18k health, 3.5k armor 40% phys res by default?

lack of cc res will slow you down a lot

Should phys really have access to 3.5k%dmg BEFORE cunning dump while being the dmg type that has 18k health, 3.5k armor 40% phys res by default?

First of all you are exaggerating the stats of the build. Why? I don’t understand. It’s not like i broke any records here.

Yes, 3450% before attributes is very high. Phys SB gets that compensation for a shield and no second rr% source. Don’t pretend like other dmg types with double rares don’t have access to it. Top acid and cold builds tuned for dmg can have over 3.8k%, vitality and chaos had it for a long time as well.

Freeze and petrify are lower and trap res is zero. These are a pain for a pure AA, zero cast build.

I think you’ve been spoiled by that phys

I kinda have, yes. Phys builds can be very reliable, regardless of speed. Recently i’ve tried to make a top all around build out of Ultos set and failed. No matter if you can push 3:45 in Crucible, you still sometimes die, regardless of extra defence layers, and the performance in other areas is lacking as well.

First of all you are exaggerating the stats of the build. Why?

I’m just saying phys gets all that for free. Elsewhere, you gotta sell dmg to get that such tankiness. Correct me if I’m wrong, but not a thing was taken here to patch defense with better offensive alternatives left out. Phys don’t need to compromise.

I don’t spam hundreds of items to get best rolls, especially double rares. Hp in game is below 17k, armor is less than 3k with 92% absorb.

Correct me if I’m wrong

Best helm for dmg is Okaloth’s, obsiously. But you need leech and proper resists so you have to go Ravager. Also gloves compenent needs to be for leech. If you could take AS component you wouldn’t have to go for suboptimal chest+helm components to cap AS for reliable leech rate and you could take two skulls for thick racial.

Not a big expert on leveling, maybe @Stupid_Dragon could give some advice. Also i’m a bit confused that you want to clarify some questions on Oppressor or Archon in the thread of Shieldbreaker build.

Bargoll is only better at high levels where your WD is high and you have sufficient AS. For now Slicer is absolutely better. Take leech from Restless Remains component, from Devotion (Toad or Ghoul) and from Seal of Blades if you have a recipe. Another good leveling option is Vampiric prefix on one of the rings. The faction medal is ok but phys really need %dmg as high as possible during leveling, otherwise your dmg is nulled by enemy armor. Fleshwarped Bulwark is ok for Archon. But if you want to focus on AA dmg output Smite shield is absolute BiS.

Follow this formula: Bargoll’s Root + Mark of the Voracious One + M Siegebreaker + Oathkeeper, and the other class could be any one with %phys damage, flat phys damage(including other types which can be converted to phys easily) and/or -%phys res.
And you will find it easy to break everything and to be a super tank!

Thanks for the explanation. I should have worded my request more clearer. I was asking from an end game perspective once my character reaches Level 94. (ie. is flat damage better than % Damage and/or %WD damage.) Thanks once again !

The build is updated with Siegebreaker shield version.