This is the followup to my Solo Soldier build. While many other class combos can complement the concept, I thought Witchblade was the most fitting because of the the minimal investment on the Occultist side and the range on Curse of Frailty.

If you’re looking for a hard-hitting DoT build able to easily take down the hardest bosses in the game, this build is for you. 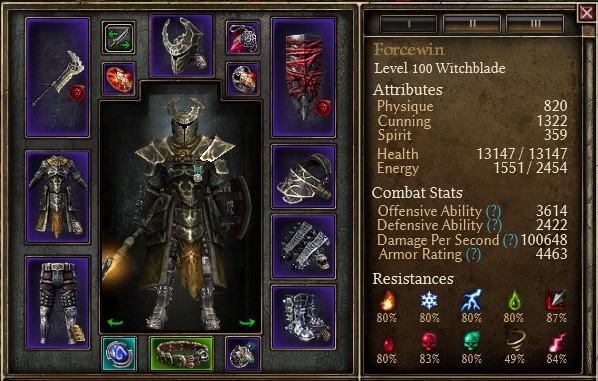 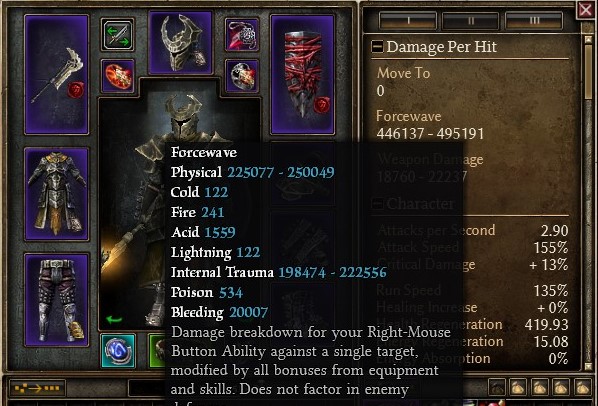 Have fun and remember to say no to reflect mobs if you don’t have double titan plating.

I think this is an ideal build for people who want to enjoy the landscape of Cairn - one strike and you have around 5 seconds for sightseeing before having to go to work again.

A bit more serious, I think it is an interesting concept - and well done. And it certainly has it niche. So Thank you for the build

edit: Is there another build that has one alpha strike dummy kill potential?

A massive bleed comes (bloodragers endless frenzy + wantons carnage + some big chad carnage weapon) to mind… works a bit similar to internal trauma, ofc not as quick but I think that would work.

edit: Is there another build that has one alpha strike dummy kill potential?

Numbers-wise, the closest I got was with Bleed blade arc,
SS Dunefiend, stacking Poison damage also gets really close. Both are glassy and struggle with AoE.

I could get 2-3 others to about half or 3/4 what @Crab_Turtle_2112 's build puts out per strike. Rakajak Primal Strike Druid and Cadence Guillotine Bleed Warder (this one is particularly good, I might post it later)

Tried Bleed Vire’s might, but it didn’t scale as high

I still have to try Callidor’s tempest with Vanquisher set, and Aegis of Menhir

Is there another build that has one alpha strike dummy kill potential?

Probably many. I suspect poison DEE can get the job done, although it will be a paper character compared to this.

Good job, i thought about this build but i was lazy to plan it on grimtools. I’m gonna plan a version of this with Pummeler for less cooldown FWaves

What if you shot 100% Passthrough Cooldown PS into 4 dummies near Fort Ikon in previous patch.
Or get lucky in the same scenario (3 passthroughs) in the current one.

I don’t know. Electrocute PS with Raka Jax should be able to pull some good numbers, but even with superior WD it doesn’t have %total damage mods. And flat electrocute is hard to come by compared to IT.

Bleed PS somewhat also works but it’s kind of a meme [1.1.9.6] Solo shaman crate kill - YouTube (ofc conjurer or archon is better but this was just an experiment).

I don’t know. Electrocute PS with Raka Jax should be able to pull some good numbers

I got about half of what you did with it. (I’ll post a link when I get home)
The biggest hurdle by far is the lack of flat electrocute.

There is 1 pair of gloves, one faction helmet, 1 1-handed gun, and 3 2-handed weapons, that’s it.
there is one jewelry augment, but no weapon augment.

In masteries, only shaman gives you access to some, and there is literally zero in devotions.

Not even Eye of the storm gives flat electrocute

Cool build. Could add some dots from Brutal Shield Slam since there’s room in rotation.

How about warlord? I checked gt and there’s points for the basics. You trade 12% phys res and 10rr for a big bunch of health and da from physique, good flat (there’s that 50% chance for trauma flat and a lot of phys flat), reflect res, one more proccer (important imo, assassin mark on Forcewave is meh with that cd, and can take Maul devo), mobility. You lose some cunning but get %phys. Did you test?

I didn’t test warlord. Of course it would work just fine since solo soldier also does, but guardians leash range is pretty annoying when you have to kite.

The reflect resist you don’t care about because 2xTitan Plating+Owl+Medal is already enough. Maul is pointless for IT, idk what I would give up to get there anyway honestly.

I agree assassin’s mark on FW is not ideal since you can’t guarantee it will proc on the first hit but then again it doesn’t matter all that much. Duration is pretty long anyway, getting it once in a while on big targets is enough, small targets die even if it doesn’t proc. (Although it’s part of the reason why I didn’t bother with crucible if I’m completely honest). 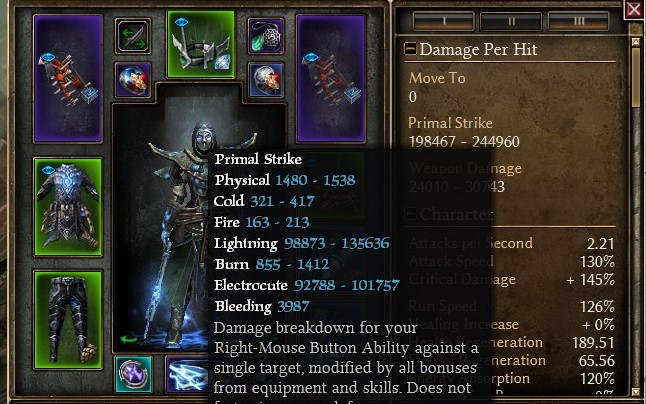 Suffice to say it’s clearly not enough to get the same kind of results.

Someone may be able to push this a bit more though, I’m still learning this game.

Is there another build that has one alpha strike dummy kill potential?

Probably many. I suspect poison DEE can get the job done, although it will be a paper character compared to this. 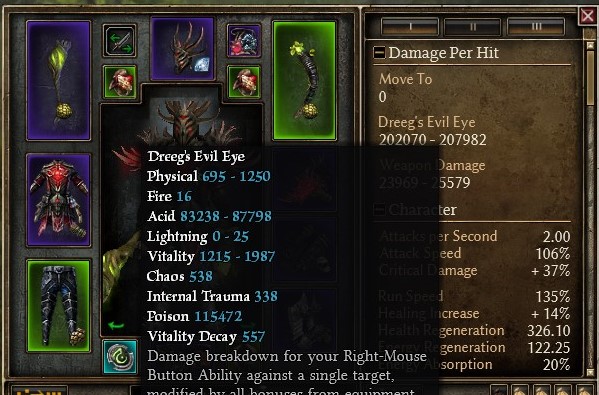 Feels a lot weaker than grey knight forcewave though lol.

I suppose I’ll do some proper testing and make a dedicated thread in a while.

Looks a lot like PS Warder: about half the damage, but high crit compensates somewhat. Great work

Might be a noob question, but I’m wondering why grey knight shield instead of 4 piece octavius with the shield?

While Octavius set gives -1 cooldown and some goodies (trauma) in forcewave yes, logically you would say it’s pretty good but how /Crab_Turtle went is pretty logical too… basically “Grey Knight” shield gives hellofa damage in a hit which keeps on going meaning after u hit enemy u can simply run around instead of wearing full Octavius and being forced to hit more often.

It all comes down to your playstyle - you either like many small hits or big boi chad hits.

This is forcewave damage with my best rolled Octavius shield 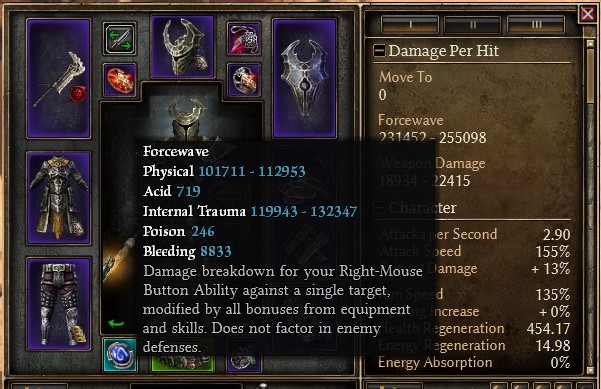 I didn’t put on seal of might but you can see the point. IT ticks will be much lower with that setup. Full Octavius would be worth it if you used 2 of the supported skills.

I’ll share something interesting for me but maybe obvious for others.

[edit] I confirmed this by testing it on dummies. 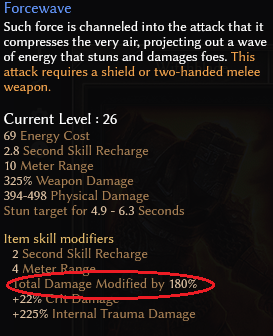 Which is consistent with the test I made for CT: Total Damage Stacking

Wow that’s actually a big drop, when i was comparing the two shields (including the 4 pc bonus) i didn’t see much difference aside from the total damage modified by 120%, is it that stat that’s making this huge gap or is it something else?

It more than doubles the FW damage whereas Octavius mods for example adds 500% Trauma damage which is good but you already have 4k% damage on the build so relatively it’s a decent but far smaller gain. Or the flat Internal Trauma to FW is not scaled by FW’s 325% Weapon damage like flat damage not from mods. Well Octavius Shield also has higher damage on it but I guess these all together are still worse than the doubling mod.