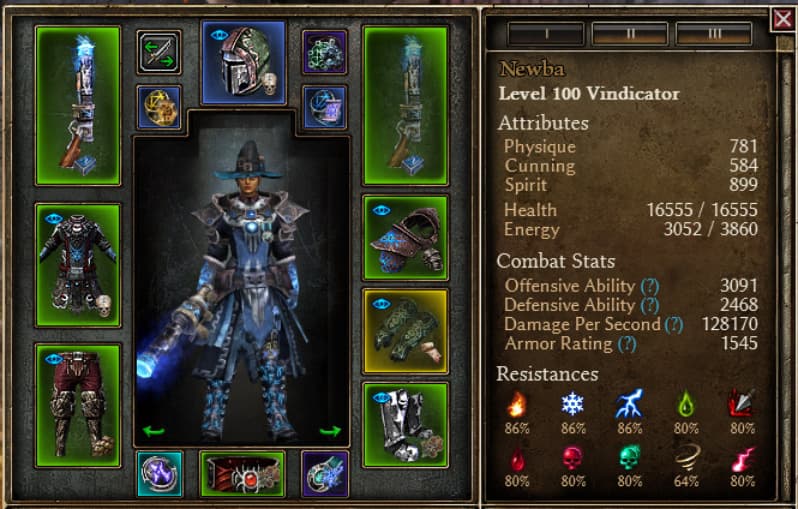 End game is prominent top 20 best builds entry by @eardianm . It have many variations and gear/devotions are versatile. Here’s the version I’ve played during top 20 tests.

If you have any questions regarding this build, go bother him.

I like how balanced the build is. Massive amount of Life Steal, Word of Renewal second heal, Ghoul and Turtle. New players are going to have a great time. And a ton of information as always.

Don’t we want Malmouth Arcane Seal to get that 9th Savagery charge?

a guide for a 2h ranged build

MORE ADDED. Can’t believe I missed that! Left few of these, since I wrote the guide in the course of two days. Thanks for notifying me.

About Malmouth Arcane Seal, I like the combo of the two Coven seals, they give nice bit of stats but extra charge to Savagery is definitely appealing.

a guide for a 2h ranged build

Yeah, these are rare. Outside of the Desolator I can’t think of other recent ones. Arcanoweaver Purifier should also be good, maybe in the future would try that.