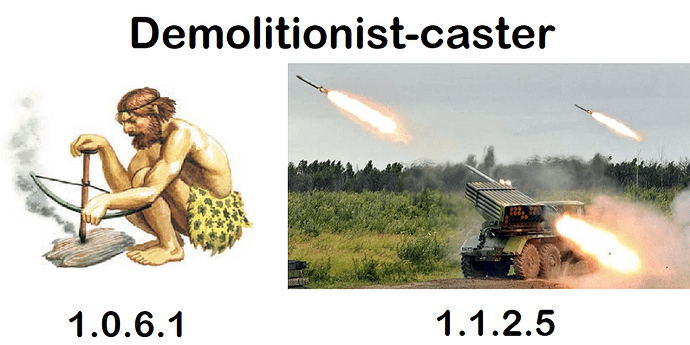 First of all I want to say that I love this build so much: that beautiful riffle proc and that insane damage

. It can achive amazing Crucible/SR completion timers, but still requires some attention and focus on your defensive skills cooldowns.
Best time in crucible w/3blessings + 1banner is 5.23 minutes, average is 5.30-6.15, crucible naked with extra spawn is 7.35. And I made 75-76 SR in 9.20 minutes! I had never achive those times before. 75-76SR is more or less easy, but Grava is still pain-in-ass.

This mini-guide is a new Ulzuin’s set advertising. I’d never written that before, but don’t be afraid of experiments. Use the class you love, use devotions and gear you find strong and convinient for you. I’ll write my thoughts and advice, but it’s your right to ignore them and do things your way.

Big thanks to:
MadLee for help with the guide translation, ideas with imp and weapon augument.
Crate Entertainment team for finally making demo casters really solid, damaging (I love dmg) and very fun-to-play. 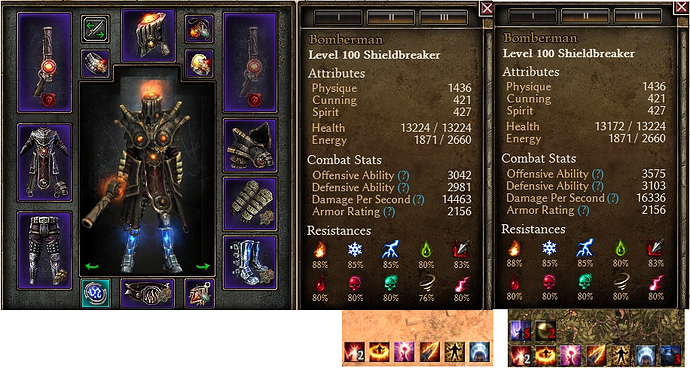 Craft everything for stun res. If you think that you don’t have enough move 1 point from Torch to Throne.

Skills. Canister bomb is a main nuke, Blackwater cocktail is a support, DMG/OA shred and RR, Korvaak relic’s skill is to apply burn and Viper’s RR, Flashbang for DA shred and fumble, Vire’s might for mobility, Viper’s RR and bat proc, Ascension for all combat stats.

Gear. Full Ulzuin’s. Time-flux ring to take canister to 22/12. Light’s oath to improve Bat devotion dmg/life leach. Wyrmborn Handguards - all stats are great for the build. Stormtitans also have nice stats. Mark of burning shadows - speed, armor, resistances. Korvaak’s relic and Ulzuin’s torment for points. Barbaros’ Chausses - there is no alternative.
Patching resistances is a real problem here. You should use Titan’s plating in helm and Tainted heart in amulet, and still overcaps are not so high as I would like them to be.

Devotions. I highly recommend using Bard’s harp. Imp bound to canister performs really good. Bat is something that I always use in builds like that, it’s very effective with my playstyle. Phoenix, ghoul are for tankiness. Viper for RR.
I tested lots of devotion combinations, but their performances were really close. Although I highly recommend using Harp in this build. No mana - no fun.
Imp shows a bit more dmg, than other combinations, but it’s not crucial to the build.
Phoenix removal also doesn’t “kill” the build. But I find it strong and really useful here.
Bat+1 point from torch could be swapped for Behemoth(and mb another ring) - a bit less dmg, but still good. I don’t like that gameplay, because Behemoth doesn’t help in critical situations, when Bat can really save your life.
Magi didn’t show amazing result, but if you like it… It’s really a problem to proc it effectively here (with Bat).
Viper+1 extra point in torch has ~same results as Kraken, but Viper gives better mana sustain and resists so I prefer it.

Gameplay. Don’t know what to write here. Just press buttons and everything burns. In crucible keep an eye on your defences: phoenix, ascension and blast shield, fall back when everything goes on cd. Use Vire’s often to proc Bat.

Thanks for your attention.
Other my builds you can find in russian-speaking comunity compendium. Thanks to Safarel stream discord comunity for support.

Great intro pic! The build is probably ok too

Damn it, man, include 5:30 minutes Crucible in the title, you are underselling this Beast of a Build! 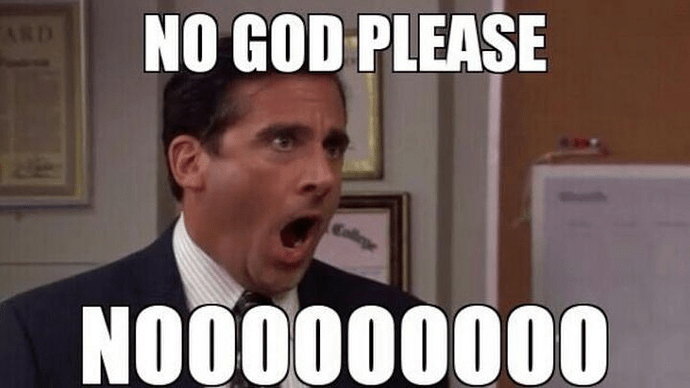 @Tararihen Thank you!
@malawiglenn intro pic is the most important part of the guide

@Nery I love this fire too! (my videocard doesn’t share my entusiasm) Thank you!
@mad_lee :okay:

Have you by any chance considered this? https://www.grimtools.com/calc/xZy63XAN

Even just 2 boosted total dmg a lot in a recently posted sorcerer by Shoot.

@x1x1x1x2 crucible gods don’t give 4 min combinations for me

@ya1 didn’t tried, i don’t want to make this even harder to manage, but it could give a few seconds in crucible

Enjoy while it lasts - patch incoming!

You made CrateEntertainment look like an average boss, wow

and now demo gets nerfed to oblivion because of oathkeepers.