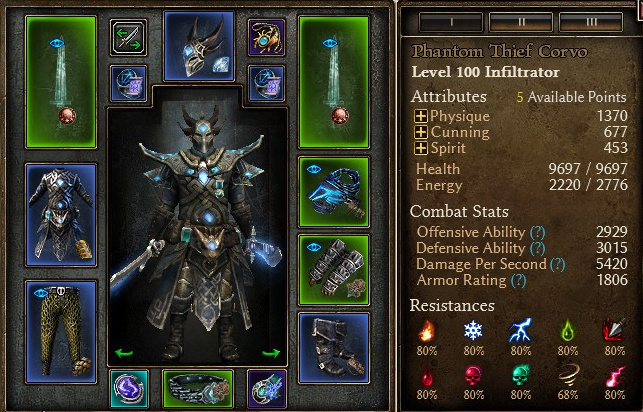 Picture with Lethal Assault, Pneumatic Breath and Word of Renewal

Yes yes, another beginner cold Infiltrator, this time it’s a Shadow Strike edition. This was a special project for me because with all of the affix and monster infrequent changes I wanted to have a character capable of target-farming them, and that naturally comes to using the mastery with mobility skill. Another reason why it’s special for me is one of my first characters back when I knew nothing about the game was a Shadow Strike Nightblade. Back then I did my best replicating Corvo from Dishonored, which I scrapped because there was (and still is) no offhand that looks like a heart

In anticipation of questions “how does it compare to your Blademaster?” and “how it is for hardcore?” I’ll tell you in advance that I can’t do such comparison because Blademaster was levelled three patches ago and the game was pretty different back then. I don’t even have that exact build at hands anymore. Dummy-test shown a comparable damage output, but Blademaster is more durable and hence can be considered a better, more reliable build.

I’d like to credit master Xervous, I admit I had a look at his Shadow Strike Spellbreaker, even though in the end I decided to foolishly ignore most of this advice, which will probably boomerang at me later on.

So usually I am offering players to level with Spectral Longswords but this is fully grown end game budget build. I have couple of questions:

What you think about Aeon devotion? In SS builds it’s vital to reduce SS CD as much as possible. But your build is hybrid, perhaps it’s different. I have tested gazillion devotion routes for cold DW melee, all of them have certain niche.

I think that resetting a skill with 1.5 sec cooldown every 16 seconds isn’t really worth it given that there’s always an opportunity cost. If anything Aeon is interesting because it allows to grab even more melee/projectile dodge, but I didn’t really need extra DA or aether resistance, so some of the more useful stats there would basically be wasted. I think it would had been a useful constellation on Spellbreaker. I did consider fitting Aeon into the Korvaak-Ultos devotion setup I left untested and unpublished (because I just have no idea what it is good for).

Rings - I used elemental blue rings on my latest Infiltrator. What you think about AoE proc and extra craftable slots?

Haven’t tested them since I was rather satisfied with Coven Sky Ring stats. Plus I more or less make use of their Storm Box bonus for some more DA shred.