[spoiler]
This mod is a reworked and improved version of my previous mod, Dawn of Heroes. It adds 8 new classes in addition to 6 vanilla classes, which aim to enhance your gameplay and to diversify your gaming experience, allowing to play classes/combinations the vanilla game lacks of. For example, you can play as a healer with your friends if you pick the Druid mastery, or you can control an army of creatures if you combine the Druid with the Voidcaller, or you can engage your enemies with your fellow hirelings’ ranged attacks as a Mercenary and finish them off with devastating melee skills. Regular mobs, champions, and heroes density dynamically changes from x1 to x2. Their loottables are unchanged to avoid conflicts when Crate adds new items. Instead, heroes, champions, bosses, and rarely regular mobs, will drop a new item called Mysterious Locker, which in turn drops various items when you use it, such as crafting materials, augments, custom components and blueprints, and items with affixes for newly added classes. There is also over 30 new legendary weapons that can only be found in Mysterious Lockers.

Druid is a versatile caster who draws on the vital energies of life and nature, allowing them to harness energies into a devastating force, or recycle destructive magic to heal their allies.
Mercenary is a talented warrior who has mastered the art of close combat. Most mercenaries are trained to use one-handed weapons in both hands to lay waste to their enemies, but can also take down any opponent with devastating attacks of their two-handed weapons.
Nosferatu combines the art of close combat with the entropic energies of death. The slightest touch of their weapons consumes their enemies’ life, and their foul magic spreads disease and incite madness, sowing chaos and destruction on the field of battle.
Stalker controls the battlefield from afar using both ranged weapons and eldritch powers of the Aether to attack their enemies.
Mage is a pure offensive caster, master of the elemental energies of Fire, Frost, and Lightning. While the Mage lacks of any defensive skills at the beggining, pretty much every offensive skill can incapacitate enemies for a short time, and a good mage is able to destroy the whole armies without a single hit from their opponents.
Maleficar, the accursed one, is a mage who draws on powers that others fear. Their twisted magic allows them to siphon off the vital essence of their opponents, inexorably consuming their victims lives, feeding and empowering the Maleficar.
Voidcallers are masters of the art of summoning, drawing their power from the very depths of the Void. They prove equally dangerous in close combat and casting various spells that leave enemies unprotected, and their loyal chthonian minions will quickly eliminate anyone who survived the Voidcaller’s attacks.
Paragon is a warrior who has harnessed elemental forces, making Fire, Ice, and Lightning do their bidding. They combine mobility and defensive techniques, and are able to attack at range with bolts of elemental energies or in close combat by channeling raw magic through their shields, inflicting massive Elemental damage-over-time upon their foes.

Had to take a quick break from the mod to say WELL DONE!

So many cool additions, the Mysterious Lockers are so addicting and it seems like you’ve added a ton of cool hero monsters. Tixx the Cyromancer is no joke!

This feels like a brand new game, can’t wait to see what you come up with next. All of the new classes are a blast to play so far and seem pretty balanced. I’m glad that there is about a million new combos to try out - since I play hardcore I’m sure I’ll be getting wrecked as I get further along

Hay what about new updates ?

I’m digging the mod, it feels more cohesive than some of the others. Nosferatu is probably the best melee experience I’ve had in the game so far. Question though, what’s the point of the 1 health per second cost of Gangrene? Only thing it seems to do is require me to toggle it for a second to be able to regenerate from Constitution. If it’s something you don’t want people keeping on full time, it should have some other, more punishing drawback. If not, then should probably lose the health cost.

I have a problem bying new slots in shared stash 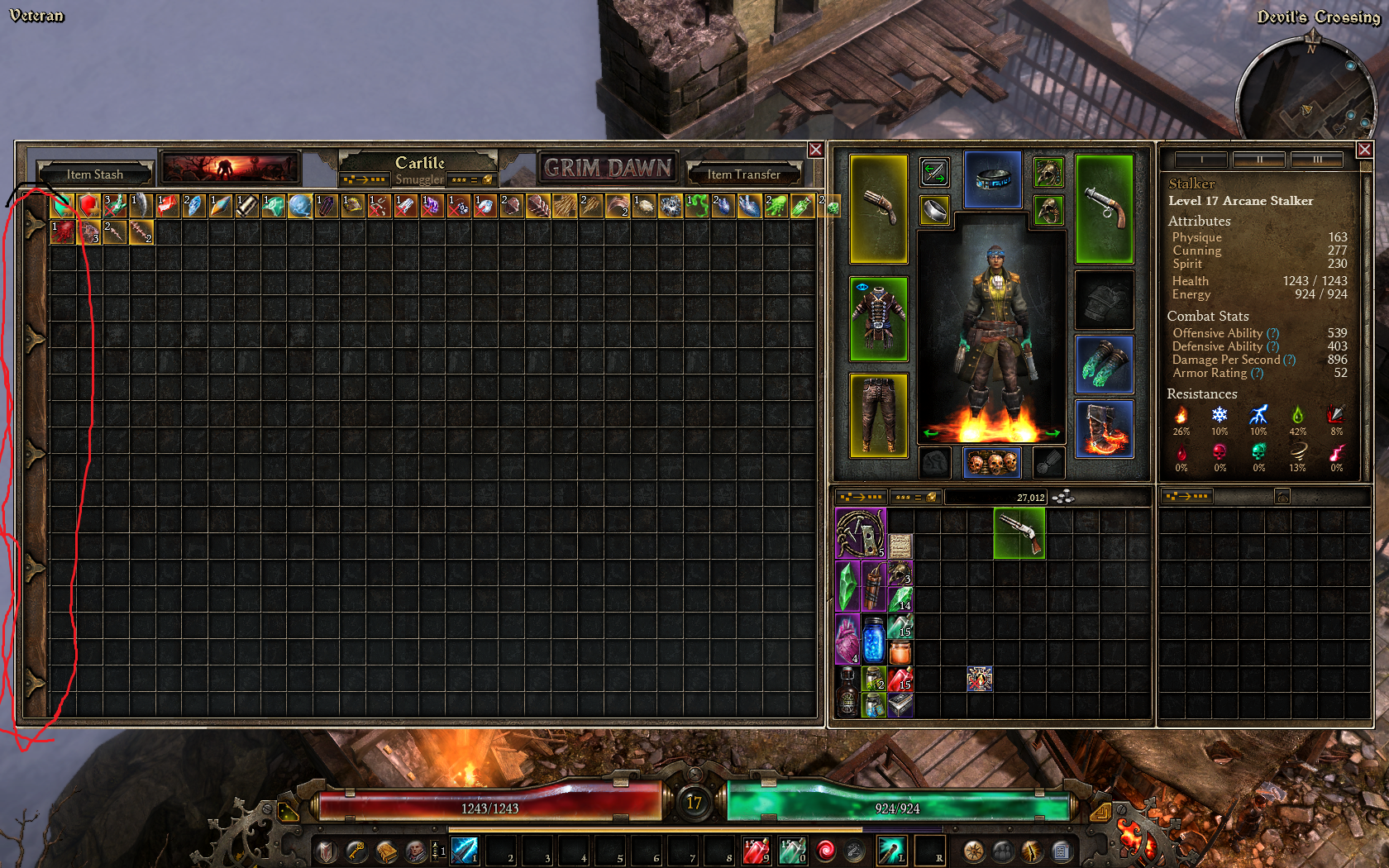 I have a problem bying new slots in shared stash

you are using a mod, try without it, otherwise it is a mod issue.

Can’t reproduce, just tested and I can buy new slots just fine. Do you use latest version (v1.9HF)?

UPD: Updated Mega link, there was an outdated version 1.9.

Oh, fantastic work! The voidcaller is one of my favorite classes. Glad to see this got an update. I love the new druid changes.

Holy F*%K this is frickin awesome dude. One of the best mods I’ve played in any game. Could make a whole new build compendium just for this. Classes are great, abilities look great. What makes it even better is the fact there are new items/components/relics to support the new classes. When Zenith adds that which Ceno will do eventually I’ll go ham on that shit too. Thanks for your work

I just noticed you had updated the mod! The flasks are awesome and are super rewarding to find. My jaw dropped when I saw a flask that gave a devotion point! (I assume you are still limited to the max amount of devotions.)

Don’t know what version you are using, but I strongly recommend to update to 1.9.2, their drop chance was to high.

Don’t know what version are you using, but I strongly recommend to update to 1.9.2, their drop chance was to high.

Thankfully noticed the mod had updated and grabbed it. It was actually found under 1.9.2!

Also, we noticed the attribute points per level has changed drastically. Was this because you can potentially find attribute potions?

(I only noticed because I had a very difficult time getting hit points for my Nightblade/Mage. All into Physique and I still was getting savagely beaten. I don’t mind, it was actually pretty fun to panic on trash mobs! Just wondered if it was intentional.)

Correct, attribute bonuses per point were intentionally decreased to 2 instead of 3 for two reasons: 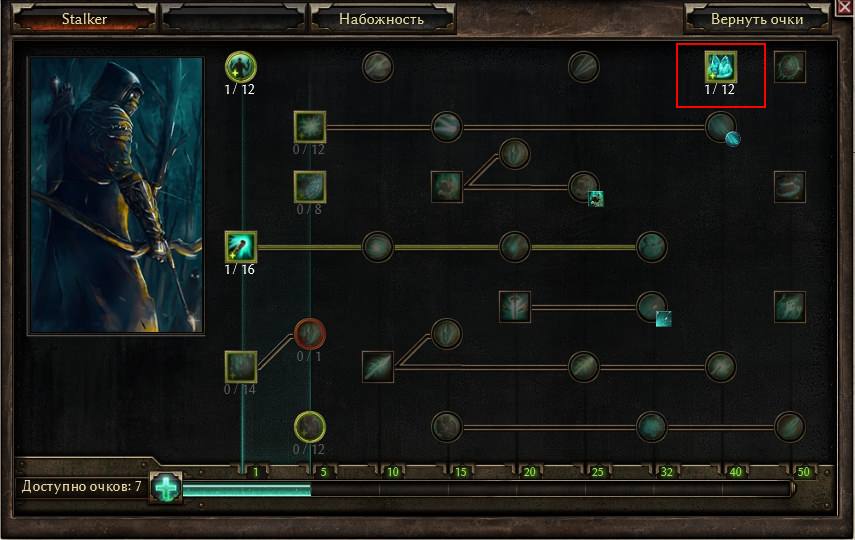 quality stuff, i’ll try to dial spawns back to vanilla levels and remove stasher (too wide for my low resolution ;)) for private use if you don’t mind.

im running occultist/maleficar and hes paragon/mage, i just dot and run around super lazy mode and he just blows shit up, were having a lot of fun and everytime we find an item that isnt in the original game its a shot of excitement.

really enjoying the mod, thanks for your hard work.

quality stuff, i’ll try to dial spawns back to vanilla levels and remove stasher (too wide for my low resolution ;)) for private use if you don’t mind.

Have you tried to adjust your UI scaling? I’m running Cataclysm in a 1280x720 window… I have no problems seeing anything.

never used the ui scaling so that will certainly help, cheers.

I’ve been trying a lot of the mods lately a d I think this one is my favourite. Loving the skills and class themes. The new gear adds a lot too.

I’ll upload some videos once my builds are more progressed…

Would love to have a mod with this, Grim Legion and Zenith classes all added!