(Poll) Which build(s) shall I do next? SSF - for "beginners"

I was thinking about making another SSF-ish play journal(s) for making one or several builds. I just did shield throw paladin here and will make some kind of guide for it. Here is the “final” result of the paladin so to say.

I have made some plans and wanna see what interest is for which to make next!

The journals will cook down to guides, but also there can be interest to follow along?

You can vote for up to 3 alternatives, further down you can read a bit more what I was thinking more in particular with each option.

Note I will never in my life have time to make all of these, but perhaps 2 or 3 of them

Preferably some variation like one melee and one caster

I was thinking about starting this around next weekend, so like 13th November. I start with which one that got most votes

REMEMBER: you can vote for three alternatives

Vote by clicking in boxes below.

More information about each option (click to open text):

Let me know what you think and remember to vote!

SSF: stands for self solo found, meaning character will not use shared stash etc.

2h Aether can be curious, but i would like to see stun jacks or drain essence

My favorites are 2H warder and Stun Jacks btw 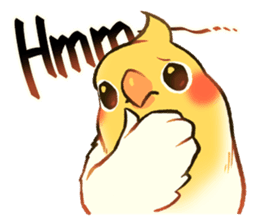 I do not see the option for “Solo Mastery Pet Shaman”

I was thinking about pet shaman, but solo class

Maybe pet druid in that case, but I am not good with being “creative” with pet builds. I basically just look at your builds and try to copy lol.

This is my physical pet conjurar btw https://www.grimtools.com/calc/eVL11X4Z its pretty good, but not very creative

This is my physical pet conjurar btw https://www.grimtools.com/calc/eVL11X4Z its pretty good, but not very creative

You haz activated my trap card 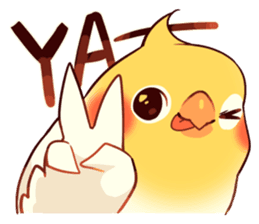 Physical Pet builds are a rarity these days due to the whole armor shenanigans. So would love to see a fresh take on it even if it is as a complete build rather than a diary/guide. And on that note I wonder if Maul works given its -30% armor debuff (bear devo proc).

And on that note I wonder if Maul works given its -30% armor debuff (bear devo proc).

Yes! It does, I have tested with my warlords, it is basically around 10% dps gain against ravager. [shield melee] Beginner's pre-Krieg Death Knight but that is with many small sources of flat physical, should be tested also with physical pets.

So for this build, I am gonna revisit it and change devotions. But hey, it killed ravager and calla and did sr 80 easypeasy so I am happy with it

EDIT: I will just remove tree of life and get dire bear proc, as far as devotions go just to test its efficiency on pet build.

Also nice idea with the poll, I have thought about something similar in the past.

yes I love that Battlemage build, would be fun to like build it up from scratch also battlemage is kinda forgotten class

This poll concept is super dope! I am wondering if you plan to use Apothecary’s set items on any of the above builds?

My first pick is Electrocute Stun Jacks. I have a janky stun jacks build i designed to be like Gambit from the X-men. The build is level 75 and has hit a plateau there due to my stubbornness in not wanting to sacrifice thematic flavor and character in order to achieve better survivability… Or so I believe. Following along with your journey and seeing what you do with your take on Stun Jacks build could really help me and make the journey more fruitful. Doubly so since mine is also Purifier.

Secondary choice is Drain Essence because 1) I love the skill and 2) You have captured my interest in declaring you will take the hipster route, off-meta! Oh hell yes! This I like!

Third vote went to the Rune Deceiver- I have a soft spot for Deceiver class combo, so many tools!

if you plan to use Apothecary’s set items on any of the above builds?

and also fits the purpose in trying to make budget version of my Fenix build.

Thanks for your votes

and yes I also think Deceiver is interesting, most optimal choice would be Doom Bolt chaos, but I have also made physical and vitality builds with deceivers that are both fun and pretty strong

(not meta strong but SR65+ strong)

I am not sorry: https://www.grimtools.com/calc/RZR111rV 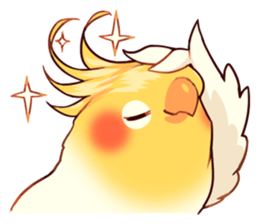 uh… none of the above

would’ve loved to see a 2h melee savagery build, but I guess these aren’t too beginner friendly

They are beginner “friendly” for sure but I don’t wanna consider it. But why savagery when you have primal strike?! That is a freaking blast skill

I mean you can do it but will not be as powerful as say cadence.

EDIT: I found this [1.0.4.0] Beginner's melee 2H Lightning Elementalist took me 5 seconds worth of google, seems like updated for a recent patch too (with primal strike though)

Drain Essence apostate is the weirdest choice and I have to see that, if only I could put my 3 votes on it.
And you forgot the cold Drain Essence spellbinder option

EDIT: but yeah make sure to vote for the wierdest ones, make me suffer