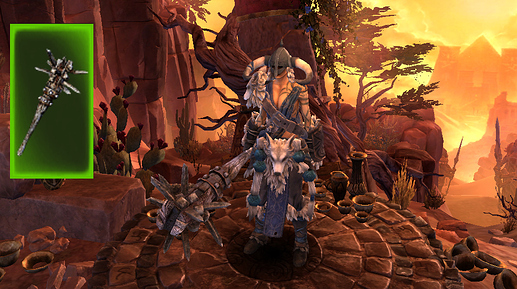 Transmog/illusion is the “Great Wolf” set from the 2nd loyalist pack! Fits well with the char theme and my username which means “wolf warrior” in old norse language.

Hello! In a previous poll, this build was the runner-up (Poll) Which build(s) shall I do next? SSF - for “beginners” . So in this thread, I will document my journey towards making a “good” “budget” physical damage two-handed warder from scratch! (SSF : self solo found, only use items etc that this character will find, simulating how a new player would approach it).

The name of the character for this journal is “Voldrakia” and she is the younger sister to Voldrak who was not always a troll you know! In fact, he was transformed into a troll by the aetherials and now Voldrakia is out for her quest to avenge him! She will doing so by first setting his spirit free and then using his weapon Voldrak’s Crusher to slay the entire world of Cairn!

Hope you enjoy thread, I wish you all best in bashing the life out of your foes!

Much text are hidden inside spoilers, click them if you wanna read certain topic.
These are marked with a ► and Lime text.

There are several very good 2H melee builds for beginners / budget builds. Those uses the soldier skill “Blade arc” to create a nice mix of multiple target and single target damage. There is also forcewave builds, but that skill is like a mix of melee and casting ability. Another very popular starter build is the “Primal strike warder” which is fine too but a bit “retro” for my taste

Here is one such guide by Stupid_Dragon [1.1.8.1] Beginner's Lightning Warder you can start following it for a while until you get access to farming Voldrak’s mace (around level 30ish) and then switch back to my warder. The advantage with Primal Strike is that is has better AoE damage than cadence. I did play as 2H cadence from start to finish though. Another option is to level with 2H forcewave, get the diagonal node and a big 2H weapon (and some casting speed!) and smack your way until you can farm Voldraks mace.

✦ “Final” “budget” build that we made

The main difference in the various stages is the amount of physical resistance (17% to 29%) and Cadance ranks (22 to 26). 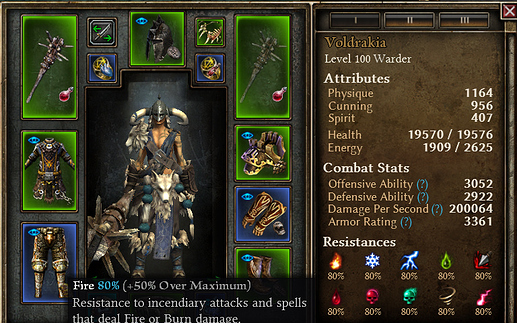 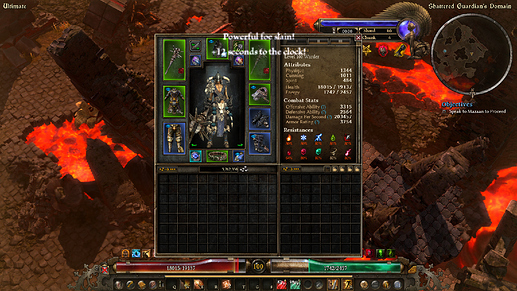 ✦ Leveling and build diary with tips and tricks

This is a very strong 2H melee build and can be improved upon a lot. I excells at single target killing while being mobile and tanky. Your “goal” gear should/would be the avenger set (Nature’s Avenger) for a similar playstyle. You can then either focus on Savegery or Cadence. The three builds below demonstrates the concepts,

In case you wanna try another warder build, maybe you found some new shiny gear also - just check in the Build Compendium X (Forgotten Gods) or search the tag “warder” in the forum and you will find plenty of warders. The most popular build types apart from 2H savagery/cadence are 2H lightning primal strike and lightning retaliation builds.

15 Likes
Beginner build guides Compendium (for AoM + FG expansions)
[1.1.8.1] Grim Dawn SUBJECTIVE Class Rankings - Post your personal rankings here and we'll pool it into a singular list of sorts
Advice on what build would suit me best?
Why don't people like dire bear?
Something is wrong about the soldier introduction text
SFF build for a new player?
Ulvar1 December 21, 2020, 7:11am #2

Credits to @fordprefect for the original idea of this nice budget warder build!

Another beginner guide to the family! I will added (and DE build) to my topic next update.

Thanks nery, it was fun to make this build and it was very strong with just some basic MI items and faction gear.

Interesting! Good luck with your project.

I’m levelling a Warder too as a side project, but it’s a classic PS one.

Build is obviously done, I have journal written down in a word file. I’ve just been lazy posting it yet

Did you try higher SR? Looks like it could handle SR 80.

Did you try higher SR? Looks like it could handle SR 80.

It probably can, can try later. Point was just to show it is a good farmer char for beginners

Big thanks also to @AlkamosHater

How did I help there?

How did I help there?

Nah it was just a general shoutout to my favs

Credits to @fordprefect for the original idea of this nice budget warder build!

Actually my idea was only health regen focused weapon/class combination possibility so I’m not sure that result better than this. You did quite a good job here so the credits to you my friend!

You may use Obisidian-Plate or Battle Plate as chest on stage 3 version for better armor.

And what does ‘‘WIP’’ stands for here? Will improve post? I saw nery also used it.

Obsidian Plate has elemental resist so it should free you from runecarved prefix on shoulder.

so it should free you from runecarved prefix on shoulder.

You know I just used the first Iron Maiden shoulder I dropped in SR 50 … when ppl use greens in these beginner builds the rolls are optional. No one should ever try to get exactly these rolls Otherwise we will end up in this thread again LOL You Tube builds with MI's I call GD stash cheats

You can probably do 5000 different variations similar to my “stage 3” build so any kind of “use this instead of that” is pretty pointless. The player who wanna “follow it” should try to puzzle his or hers items that he/she found together

Yeah lol this is the guide in alpha release

It’s a facetanker.
Oh wait that was an archon lol.

when ppl use greens in these beginner builds the rolls are optional.

If beginner people are like me when I first started, they will try to farm for better rolls/even better roll of same affixes over and over again

I need to add such important disclaimer on all of my guides. I actually helped a dude on discord a few days ago who just used random ledandaries and said buld sucked. Then I said he should get some green MIs and reply was “but they are green and purples are always BiS i have read on facebook”