⬆ How to level top 20 (softcore) builds in Grim Dawn topic

After the initial topic was posted here

Top 20 Softcore builds in Grim Dawn (An Opinion) - Grim Dawn / Classes, Skills and Builds - Crate Entertainment Forum, there were few comments in both forum’s thread and on Reddit. People asked if it’s possible to include tips for beginners regarding these builds. Some of the classes already have similar starter guides, some don’t have, and few are really impossible to be leveled in same way as their end game versions. In this thread I want to link existing guides to matching builds, add tips and maybe in future budget versions of builds. I would appreciate any help in this endeavour. But for now, it’s my pet project (no pun intended). I hope this topic can help starting players or people who will start GD after time and see the other thread.

I want to thank @tqFan for his massive help for this guide. Also credit to @The_Coyote and their links and to @Gaurhoth for their detailed information regarding ranged characters. Massive gratitude to all forum members posting the guides, I’ve linked and to @banana_peel for writing top 20 (softcore) builds thread. And finally, thanks for people reading this topic!

it’ my pet project 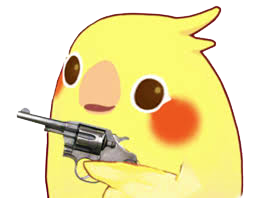 Introduction Archon (Shaman, Oathkeeper) is one of the few remaining classes without budget build / leveling guide in the Beginner build guides Compendium (for AoM + FG expansions). This untenable situation is hereby to be brought to an end. As a class with dual resist reduction (vitality, bleeding, elemental), two attack skills of its own, as well as a few support skills, it’s theoretically not a weak class. However, the class is not that popular lately and relatively few endgame builds are po…

Introduction Not long ago, the topic of a discussion was if battlemage can be considered as a good starting class - and lets say, this status was at least disputed. So, well, it is again Battlemage time (Soldier, Arcanist). For endgame battlemages check Build Compendium X (Forgotten Gods), for other beginners builds/guides Build Compendium X (Forgotten Gods) / Beginner build guides Compendium (for AoM + FG expansions). Another levelling guide for a Battlemage (using a different skill) is curre…

Develop Trozan / Arcanist, farm items somewhat as in the following guide and use Wind Devils / Storm Totems as additional DPS / devotion proccers. But follow devotions from the OP.

this would get my vote

@tqFan @The_Coyote appreciate your comments, wow I missed few of these builds.

Later tonight will add the other entries.

Btw which build might benefit from new guide, in your opinion?

Yes, that’s good idea, since I really liked Eard’s Evoker Vindicator. From the test patch was perhaps my favourite build (even though I am not fan of ranged chars).

You’re a legend Nery! I’m sure this will be helpful to a lot of new players!

I’ve done Vitality RF Oppressors more than once, and while I’ve never actually done a Physical RF Warlord, I’ve done many similar enough characters, so I’m going to put quick leveling guides to both in this comment.

Topic is updated with rest of top 20 builds and honorable mentions. If something is posted at later point, I will add it to the thread.

I propose this budget Chaos Sigil + Chaos / Vitality Primal Strike Conjurer
Both the weapon and the medal can be farmed in Blood Grove so not too bad for Chaos builds.
Devotion matches the endgame build. 3 Sigils can be stacked on top of a boss.

so what’s missing should be easily fixable (Health, DA, resistances) depending on what affixes you get.

I think number 13, the Harbinger Conjurer, can be played as itself from the start of the game.

I haven’t actually done that, however, I was working on a Chaos Druid for the missing builds thread. Someone else ended up filling the Chaos Druid slot, however I got to level 65 before I stopped, and the damage was quite strong.

My endgame plan for the Chaos Druid was very similar to the Harbinger Conjurer, as it was also going to use the Harbinger set and that same Conduit. The primary differences between the Conjurer and Druid are that (1) the Druid was designed to be tanky, not to dish out high damage, (2) the Druid uses Arcanist, with little support for Chaos, while the Conjurer uses Occultist, with very strong support for Chaos.

The Druid has strong damage with less support for that damage than the Conjurer. So the Conjurer should be pretty smooth to level.

On what difficulty level did you finish?

Just Savagery without Chaos mods looked a bit sketchy to me that’s why I tried to use some MIs and supported skills by them. While keeping the theme of 2h shooter of course.

But I may be wrong and maybe these are not mandatory. Also Vit Savagery from Packla’s Skins with target build devo could be something to consider.

[edit] oh I forgot the build in question uses Doom Bolt as well not only Savagery. That will definitely help. Could also level using Doom Bolt guns just like here

just Savagery instead of Cadence.

On what difficulty level did you finish?

I stopped on elite, right before the mission to take out the aetherial under Fort Icon. I went and did that mission real quick to refresh my memory about how strong the damage was before the post above. I can remember the character screen dps number, too, because it was so odd: 21,212.

That’s a good idea. There’s no good low level lightning → chaos conversion for this character, so lightning → vit should be a substantial improvement.

That’s a good idea, too. For a Conjurer gunslinger I’d be a bit worried about AOE, but doom bolt can fix whatever gunslinger’s talisman can’t. 2H ranged Conjurer would have plenty of AOE with Feral Hunger. AOE wouldn’t be a problem for any build past level 75, due to Seal of the Void.

Well, as this topic has stagnated, and as I took personal affront to #10 being a roadblock, I decided to try it Solo Self Found ::

At level 94, I opened my stash and abandoned SSF. It is a strong build, and probably better with the aiming ability of a mouse, for all the reasons controller players know. The goal was minimum respec on Devotions (5 points, Falcon) and never deviating from the Skill Points of the build.

Levels up to 30 were a trial, using Wind Devils as primary damage. The build found itself around 50 with Crown and Raging Tempest (maxed). Elemental autoattack (used Spectral Hatchet for 20 levels?) with WD debuffing. At 27 I took some lunatic runs on Balegor to prove I could get Mistborn (that took a few health potions and some running / leashing). 50-75 was a walk in the park. In Elite Act VII… do not wear Golemborn with no reflect reduction. (oops?)

I do not sign off on this for HC - but managed SC (Deaths = 0). I upgraded Movement Rune at 80 and 90… your mileage may vary, based on drops (quoting a famous builder). I could pontificate on when I raised certain skills, but 1-20 is nothing, and from there it should be clear.

does anyone know devotion path to warlord eor gutsmasher mad lee and banana peel build. I have problems with setting devotions up same as the end game one which is published as second best

It’s important to know that constellations can support themselves, then it’s a matter of removing the ones you needed to take to unlock the ones you want and reinvesting the points.

This assumes you already have all 55 devotion points. If you’re leveling, unlock the skills from devotions first so they can start leveling up, too. This will require more respecing than the version I posted but once you get the hang of replacing constellations with self sustaining ones, it’s worth it.

Sorry, work has been busy, but I saw that #16 was also unlevelable. So I felt obliged. Unfortunately RNG did not bless me with a SINGLE Lightning Retaliation shield, so most of the game was Perdition, until I went piecemeal around 70. Again, no deviations from Devotions or skills, other than what was required for Devotions. Build is done, zero deaths, Softcore. With full Revered, I can now use any augment I choose to farm the last 4 levels (already at overcap in Ultimate).

Yes, I occasionally crafted components, but without dismal luck, all should drop in a reasonable time. Note :: no level 75 components, ever, and I have over 80 Ugdenblooms.

0-30 was difficult, with no attack replacer, use Aegis as your default. I used Mistborn for a while, but did not go with Beronath as the game decided I was playing Poison Retal, and as the % chance of 0% CD on Aegis gets higher, it overshadowed Beronath. I frankly should have leveled Reprisal more and gone back to Aegis, but waited till later for relic crafting, which can be difficult.

The Devotions are defensive, so I played it defensive. Closest to death was Morgoneth in Elite. Calla (even in Normal) was a risk (worth taking) and took what felt like 30 minutes, but was probably 10.

These builds are playable, and anyone who looks down their noses and says ‘It’s a different build’ I do not agree. This is a path to an endgame build, visiting Sahdina only once.

It may be HC Viable, but I did SC for a reason. Movement rune was upgraded after Elite FG, then downgraded when Scion of Vengeance dropped (had to use Normal difficulty rune for non-melee weapon) [Tear for Glyph of Dreeg’s Vector]. By 80, I hope you have the Eye of the Storm BP (all Mats except a few were easy, but Trove farming exists).

At some points I had up to 30 SP to spend, so it is not difficult, nor point starved. I have and am playing defensively to 94, so the last test will be SR 50 for the SPs (and IF I get around to it, The Other You).

climbs on soapbox
Level your Factions, it makes things 10x easier.
climbs down

Normal ::
Revered all but DC, Cults, and Barrowholm
Elite ::
All