You wanna play Captain America in

? You came to right place! This build started as I joined @rorschach’s mission to make a shield throw (Aegis of Menhir) paladin from scratch - Paladin from zero. Battle diary. The main skill is that you throw a shield that bounces on monsters dealing massive damage to them. Then we also use some devotion procs to set the world of Cairn in flames. The shield throw skill it self is in Oathkeeper mastery. The second mastery Inquisitor is for supportive purpose.

This thread will be about a summary of my journey and will provide many tips and tricks for newer players that have dreamt of making shield throw build from scratch. Note, this is a build guide - I will assume you know about basics of game, quests and some mechanics. If not, then feel free to ask

I will focus on skills, devotions, items and how to get them. This is a “budget” version of end-game build using either Virtue set or Octavius set.

Much text are hidden inside spoilers, click them if you wanna read certain topic.
These are marked with a ► and orange text.

Hope you enjoy this thread, I wish you all best and lucks in throwing shields! 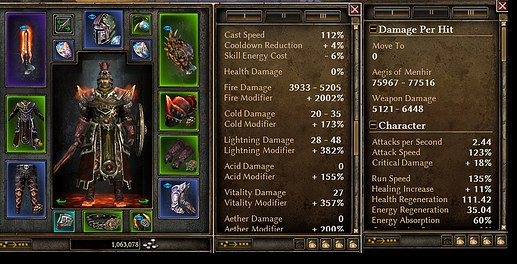 ✪ Summary of build journal
In each box, you can read about my progression and some tips and tricks about what might be relevant around those stages of game.

✪ How to get devotion trees

✪ Farming tips for early progression beyond this budget build 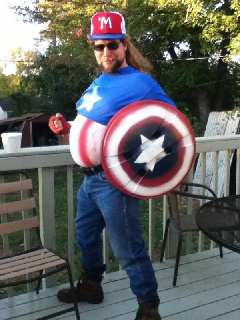 Thanks! I try my best, thanks for tips and inspiration of format

I’m moving my paladin in campaign right now. Perhaps i can provide some feedback of the tankier pala when i’m done with it. If you are ok with that

That would be an honor! Looking forward to your final result of build

Hey man, really like the layout of this guide! Looking forward to the Leveling sections! Great tool that makes following the build much easier for noobs such as myself! The best guides (in my opinion) have used this approach and I can attest to their effectiveness (@Contragor’s Immortal Army and @Nery’s Beginner’s Vitality Caster Conjurer).

EDIT: Sorry i should say, SOME OF the best guides (in my opinion). Im breaking the no-posting-on-forums-while-at-work rule so im going to stop.

Thanks buddy, I hope I can fill the layout with some nice content also

Its already looking great! I have never posted a build, and one day I aspire to do so. I am sure it is not a very simple process- a lot of work goes into it I imagine. I appreciate those who share their builds as contributions to this community and hope to one day follow your lead and begin posting builds of my own, so I am inspired by this. Thank you for sharing it!

glad of be inspiration, I only member a few weeks but this place is sooo nice compared to reddit

Yeah most people here are really cool and helpful. I am in the same boat of almost 3100 hours in game, but I still feel like a noob lol. But seeing others like you who are in similar situation posting builds, I am feeling more comfortable about it too. So I might finally try it as well! I may ask you guys for help when I try.

Same here. Never thought I would make beginners guides but was inspired by Malawiglenn’s and we had many great conversations. So after making these guides, it gives other players motivation to follow, passing the torch sort of.

And it’s cool to see yours and @rorschach Paladins and am sure if @knife decide to make guide in future it will be cool as well.

Thanks, I start the game and you help me a lot.

I have updated a bit, left to write is about itemizations, farming and how to get blue “tanky” devotion map. Also wanna add some end-game gear builds with virtue set

Guide is looking incredible, so detailed and well made!