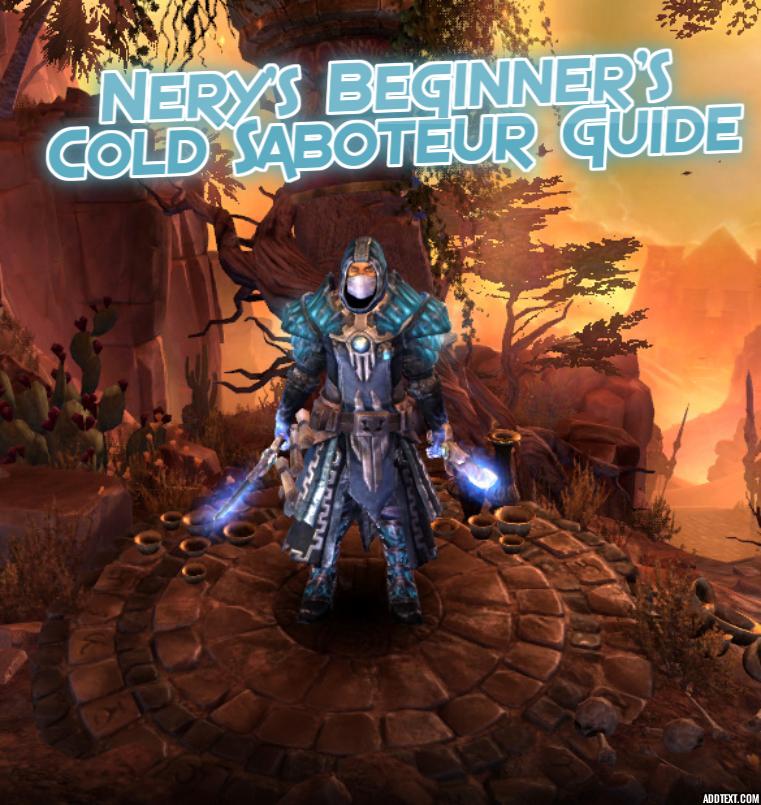 Saboteur (Nightblade + Demolitionist) is a class available since base game. It’s considered one of the weakest classes in the game and certainly not the easiest to build. But Sabo have one type of build in which it excels - dual wield melee. So what are some pros and cons of the class/build.

As always I will show you some budget build, information about gear, potential end game builds and how I level this class. 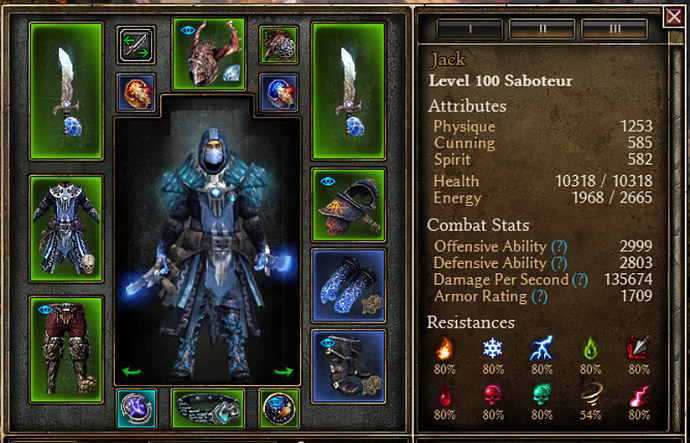 For the purpose of this guide I leveled self found only, without Lokarr set, which grants huge boost for XP. My preferred difficulty to start the game is normal. I initially use Elemental Storm, later switch to Revenant for flat RR. Also worth saying that I prefer going heavy in Nightblade mastery early on. There’s also leveling video done by Grim Dawn streamer and youtuber @RektbyProtoss HERE

Since @tqfan wanted intro pics. Introduction I have the feeling I’m from minority of players, who like Saboteur class, so here’s my first build for the new major patch. Saboteur despite the improvements it’s still pretty niche class outside of cold DW melee. But new items makes cold Sabo pr…

Thanks, that’s the idea.

Also Nightblade offers strong base for leveling character irregardless of your second class.

have you thought about acid/poison shadow strike witch hunter budget version? Those MI weapons for that build drops like candy, I have like 14 double rares ones just by farming sentinel over and over again for helmet recipie

Have you thought about acid/poison shadow strike witch hunter budget version? Those MI weapons for that build drops like candy, I have like 14 double rares ones just by farming sentinel over and over again for helmet recipie

Actually yes, acid SS/ABB hybrid pre Venomblade build. Problem is lack of skill points and some stats but I have made it in game.

Click quote and copy&paste the code. You can edit the orchid text into any color.

You can enter different colours instead of yellow by just trying like brown, red, green etc. I myself have just learned from Nery that tyoing Orchid gives you different shade of purple

Try copying that text and answer me only replacing orchid with cyan.

@Ulvar1 you have to click reply and then click quote in upper left corner, just as I showed you in that PM.

Copy this text, delete the parenthesis in both end type cyan instead of yellow. It should look like formatted text but it will turn coloured text when you replied and you also can observe it at preview section of reply window.

What is the use of Thermite Mines?

What is the use of Thermite Mines?

It provides Resistance Reduction to enemies that stands on them. Which is a key stat/debuff that every build should have. The logic is, it increases your damage output without increasing your damage stats but diminishing the monsters’ defenses. For more information please read the game guide, and do some search on Forum.

Nice buff this build got: