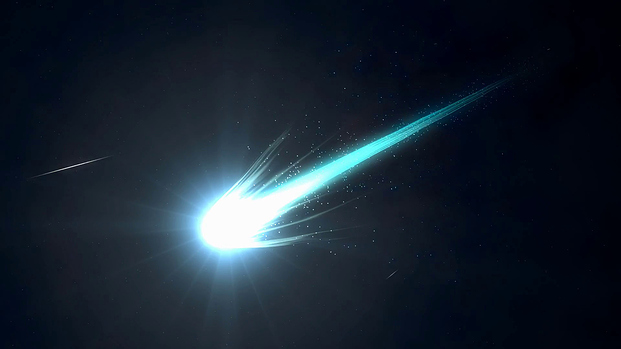 This guide aims to help levelling a Trozan Warlock, intended for solo self-found gameplay to be accessible to new players. It offers a complete levelling guide, as well as budget lv100 setups, and links to end game builds for later transition or example. The guide was developped around softcore play, with both expansions.
To remain concise, basic mechanics (devotions, components, monster infrequents…) are not covered, but various resources are linked at the end of the thread.

Trozan is a kite, pure caster focusing on Trozan’s Sky Shard, a nuke AoE spell consisting of meteors dropping on your foes. The side skills are debuffs and utility to enhance Trozan’s and proc devotions, and you can use a component skill as a filler spell if you want something to spam during cooldowns.
As a kite build, it is squishy and requires good gameplay (positioning, cooldown management) to work well.


Back to Beginning
Build Explanation

A quick explanation of the skills and devotions I use and why, and how they work.

Back to Beginning
Performance

The build allows you to farm rogue-like dungeons, nemesis and totems to acquire gear. It has not been tested in Crucible or Shattered Realm (yet!) as I advice having higher quality gear to attempt that.

Back to Beginning
End Game Builds

This is a build made by @mad_lee, I am posting it on his behalf. [image] Foreword Northern lights were flashing in the sky. Inquisitor was taking his daily nap which sometimes transformed into a deep night slumber. His sleep was disturbed only by an occasional nature call which was helped by a contraption that Luminari healers made for him and that he kept under his bed (he lovingly nicknamed it “my wet duck”). Malakor was rarely seen in the court …

I’d like to thank Nery and Evil_Baka for their awesome guides I copied inspired myself from, and anyone who provided feedback or pointed mistakes

This guide was created in 1.1.7.* and received overhauls over time. Feel free to leave some feedback, report errors and inconsistencies, or ask any question about the build or mechanics.
Thanks for reading !

I am grateful for all players posting beginners builds.

I have a sketch about TSS/Sigils cold Lock in my topic, but never finish it. So good you made it!

Here’s the link to my sketch:

Here’s Warlock TSS build. NOTE, not a guide. I have some trouble level it without dying

WOW, year ago. Don’t remember how it performs. Just the idea to use belt for vitality to cold conversion.

I am realy in love with this build. First time I play a not-dot-caster. Nuking stuff with spells feels great.

Ive never had much interest in TSS, but this build guide is beautiful. Great color scheme, and very well organized. Easy to read, easy to follow. This is so well made Im now actually interested in exploring TSS! Will be following this guide when I do.

Thank you for putting the time and work into this. It is a great contribution to an awesome community. Im looking forward to trying it!

Yeah. Nothing bad to say about it. The whole level process was realy smooth. Never got any Problems.

defense are good enough. Sometimes you need to kite a little but its ok.
Offensive its a blast. At the point I got all my devotion points and got ultos + bloody pox its so much fun. Mob groups die with course + bloody pox combo and devotion procs

Kiting is part of the Trozan experience, or was, when you get some mythical Trozan pieces to use the Sigils of Consumption, you’ll be leeching enough to stand your ground

I was afraid it was too childish or something, thanks for clearing my doubts.

This is exactly what I’m looking for. Now I can start my HC Warlock following this guide. Thank you!

the build is IMO ultra squishy. Thats me right now: https://www.grimtools.com/calc/eVLYXlLZ
farming totems and dungeons for better gear. 9 000 hp and not much armor. No way to leech. But 3700 OA TROLOLOOL

It is indeed really glassy, I wouldn’t take it into hardcore unless you love adrenaline (which is probably what hardcore players want

Getting Mirror to 12/12 and not being shy about using it is a large part of the defence, as its cooldown gets really low. You can also aim for a Glacial/Thunderstruck prefix on your off-hand, physical resistance is very valuable and it’s a good investment of your time as most Trozan builds will use that off-hand.
Anyway, congrats on the upgrades Dabuwa, things should get better now with that scepter (and nice OA lmao, enjoy the crits everywhere)

Very nice looking guide and strong build with so many “garbage” items!

Ohh, nice - TSS budged build. My first character was spellbinder TSS and it was a failure so I respecced it but I never got the idea of nuking enemies with “ice meteors” out of my head.

I always appreciate beginner’s builds because I love leveling with self-found gear and slowly “growing” your character. To me “journey” to level 100 is more important than end-game so every build that has “natural power progression” is always welcomed.

I want to say thank you for this build. It’s a blast to play as a new person to the game! I’ve tried some other builds as well, (not to mention many hours of gameplay just stumbling around) and this is surprisingly right up my alley (I’m more of a ranged killer ala D2’s Amazon, not a kite bomb).

And to the developers: I haven’t had this much fun with an ARPG since D2.

Is there any room for Time Dilation devotion? or is Star Pact enough for cdr?

The devotions are where you can be creative, I chose to use the very high cdr of the build to stack healing devotions, but you can also do a more offensive setup including bat (that you’d convert with a gargoyle belt) for healing, or as you wish, go for TD and abuse mirror as the main defence mechanism. I didn’t test those 2 last setups but they should work very well, so go ahead

Amazed that there is not many discussion here) Nice build, and as i Can see in headline, you refreshed it for 1.9.2? Is there any nerfs or buffs?

Thanks man, there were a few little buffs and nerfs here and there, most likely for a neutral impact

Amazed that there is not many discussion here) Nice build, and as i Can see in headline, you refreshed it for 1.9.2? Is there any nerfs or buffs?

Sadly the number of comments in a build topic isn’t always proportional to it’s quality.