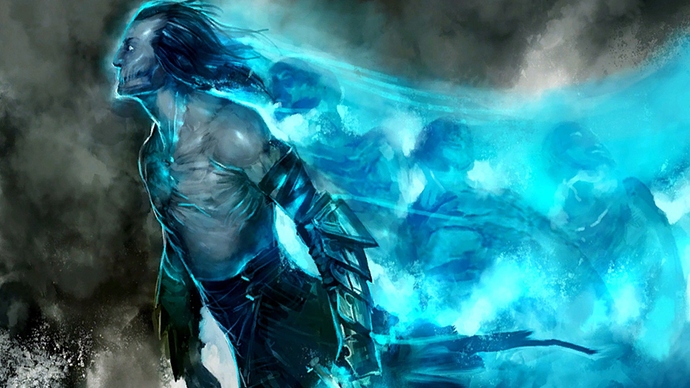 The secrets of the aether are ours for the taking, and I simply do not fear what lies beyond the veil 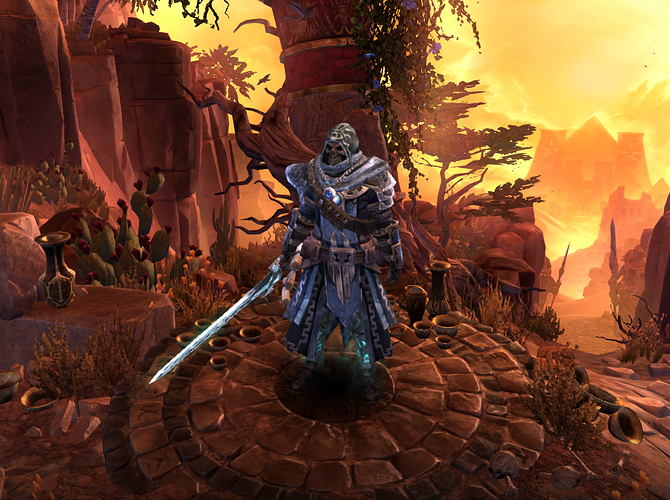 Hello everyone! I was greatly inspired by @Plasmodermic’s and @mad_lee’ Arcblade Spellbinders and decided to have a shot on this wonderful weapon as well. Here you might see the result

Update 1.1.8.1: Returnd to active playing, updated my first and the only one Spellbinder. I squeeze a little more damage. In addition to recent buffs, spam CT is really strong now. 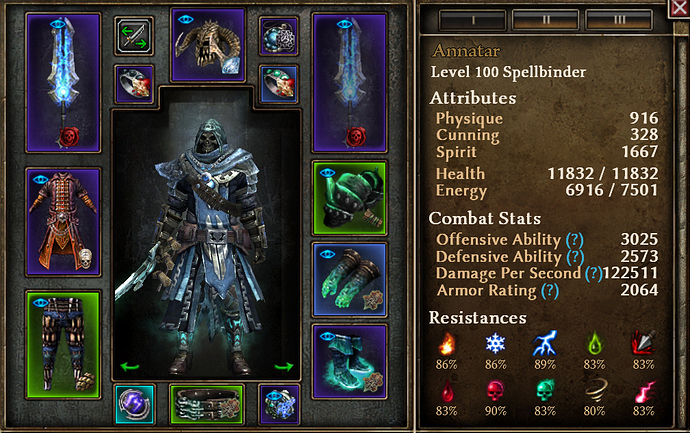 Gear
All the gear used is kind the BiS except greens (affixes/prefixes are totally variable to fill the gaps):
Note:

Alternatives:
Helm, chest, gloves and boots might be replaced with the pieces of Krieg’s set. Sword is a must here. Craft for physique/armor. Watch for the highest conversion rolls on the gear.

If you don’t have Krieg’s pieces:

Gameplay
Kind a melee fighter. Use Ravenous Earth at the start of the combat to proc Wendigo. Watch for the defensive cooldowns, AEON proc and your positioning to damage as many enemies as possible with Callidor. Use Nuliffication smartly - it’s a very powerful sill. I would say that the build doesn’t have disadvantages if you pilot it well.
Be especially careful with Grava’Thul, the Voiddrinker and various arcane heroes

DA is just one of the defensive mechanics. And there are much more in the game

DA is sometimes overrated, especially on casters that have multiple other layers of defence like cdr, MoT, MoE, Blastshield, healing procs etc.
As you need to get stupidly high amounts of DA for not being crit at all, there’s no need to stack it that high, and some kind of builds can afford themselves rather low DA.

Have you played a spellbinder before? They’re practically immortal.

The hint is this, DA is not overrated for all builds, melee spammer builds need atleast 2.8 DA or almost perfect knowledge on enemy characteristics and survival instincts.

Good correction, these posts sometimes come off as too generalizing some of the mechanics, making it sound like DA is literal trash, that is not needed.

And also, as I never played spellbinder before, I played a lot with arcanist combos and overcapped Maiven’s Sphere of Protection covers a good deal of received damage, people say that warlords and shieldbreakers are pretty tanky, that is wrong imo; arcanist combos are more tankier on the matter of reduction of damage thanks to that skill. If you support that skill with good DA, phys resist and health along with some survival procs you become almost immortal.

Arcanists have skills that require being close to the target like Devastation and CT but don’t have the benefit of massive ADctH returns like an autoattacker. And if you try to use Arcanist for an autoattacker they have other tradeoffs like lack of mastery RR and no WPS which can impact the damage potential heavily. Maiven’s and Mirror are just a balancing factor, it doesn’t make them overpowered but by their nature it can seem like you’re being cheesy.

lack of mastery RR and no WPS

True, but it also provides flat damage, conversion, oa and spirit, crit damage and cc resist. No single class can provide everything. The game is based on dual-class characters, so they balanced the things in the beginning that’s why arcanist doesn’t provide everything, no class provides everything. The game is about putting together pieces and balancing things as you get some stats from classes, some from gear, some from devotions. It all up to player’s choice and style. My point is Maiven’s Sphere of Protection allows you to disregard some defensive mechanics and if you also focus on defensive things along with the skill, you become pretty tankier.

Only one +? I’ve seen Slith fight better than you!

Yes, I have played it. No, they are not, not even with Time Dilation. They are good but not near immortal.

DA’s value differs quite a bit from build to build. Just try playing one of the elite builders’ builds for a change and see why it works the way it works.

How humble of you, you guys should come together and create a build with your lead that can save the world from capitalism, climate change and over-population. You can even call yourselves Avengers of the Actually Final Form of the Clone of John Bourbon.

LMFAO… made me lol IRL