Yo guys. It’s time to make physical two-handers great again.
This build can easily do cruci with 3b+1b in 6.30-7.00, best time - 6.07, and consistently farm 76SR. I reached 84 in Shattered Realm and I have only made one attempt to go beyond Shard 80 with this one.

Big thanks to Mad Lee for help with this guide translation. 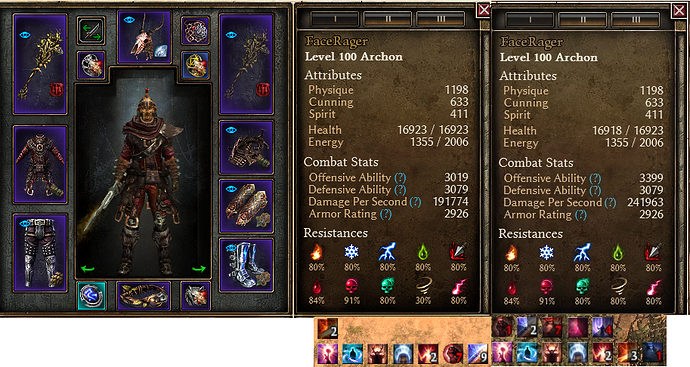 Build uses full BloodRager’s set with Avenger’s mace and belt. Sandreaver braces got perfect stats and proc for the build. Black Matriarch is a great ring for every physical build. Coven storm seal+direwolf gives better OA/DA/res balance, that for Mengirian+Bear King example.
Devotions:
Revenant, Dying God, Aeon’s Hourglass and 3 Spear of Heaven nodes. Great stats, great AS, amazing crits. That devotions were used for Avenger’s warder (possible w/o Revenant) before FG and they became even better with the new Revenant.

Gameplay is simple and exciting. I use RF for buff, it’s very strong and is really important. And it’s less annoying than using ABB. At start the battle stack Savagery and Fervor chargs, when RF activates DG use Ascension and Judgment for Time Dilation. That gives you 10/18 sec Ascension. DG has close to 100% uptime. Also use Judgment on gropus of humans and beasts heroes, or just for trash mobs. With Smite/Feral hunger they die fast. For example, crabs and basilisks on 152, humans on 161, 163. But don’t use it when Ascension cd has 2 sec to the end - it’s a waste of Time Dilation. Two great mobility skills, ascension, judgment and tons of crits, what else do you need?

I used BloodRager before FG on physical warder and it had serious damage, but lacked survivability compared to full Avenger’s and its on-death proc. But this Bloodrager Archon has: 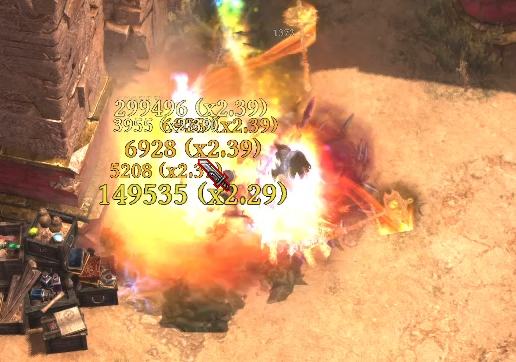 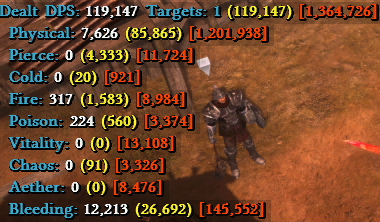 Some vids from first tests with green boots, really not big difference (almost none), gt in vids descriptions
Lokarr 21 sec
Avatar 2.46 with abuse, used only for DPS test
170 with extra naked, easy waves

Thanks for your attention.
Other my builds you can find in russian-speaking comunity compendium. Thanks to Safarel stream discord comunity for support.

Nice one! As always

I will pray patch nerfs will not kill this build

Do any physical builds actually use physical tier 3 devotions or what? All this dying god everywhere, still

I don’t care for the dying god devotion either.

You really need the ADctH and the +1 to Shaman from Massacre, right?

Otherwise, Azrakaa´s Epoch could have been an alternative; the Sand Devils are pretty good and you would have 5 up nearly all of the time with your Crits.

@omnitrio @Autentist Thank you, guys.
@Dmt don’t think “the best”, but strong and funny
@malawiglenn Thank you!
@Avyctes @Fooee not god, new revenant. This build don’t have this RR type, revenant is supergood here. And with 8 red it’s simple to get blue nodes.
@Rhylthar Massacre is too good, and point needed, and LL needed, and proc doesn’t lose to much compared to Azraka

Very nice, using an extremely similar gear devo/setup on my Warder but didn’t want to spend time changing it to an Archon so I’ll just copy this.

Very cool, I was tinkering with Warder Avenger a lot and theorycrafting Archon version too, but for some reason it never occured to me that I could just throw away two Avenger pieces and get full Bloodrager.

@TomoDaK Thank you. W/o evasion/fumble/serious dmg reduction char takes full dmg to his face and need extra defence compared to NB/soldier/inq
@jinsaotomex4 you are welcome

Another build from my senpai
Love it

Thank you.
I played bloodrager’s+ leviathan witchblade in 1061. IMO spam arc is not effective, too much manacost. Using cadence+arc as nuke(with Aeon’s) gave +50%+ dmg, still serious AoE and no mana problems. 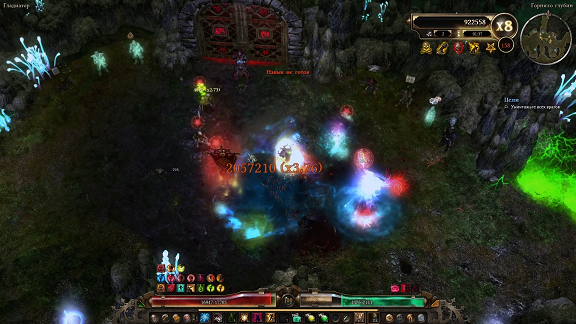 Seems DG+Aeon is the new way of for all oathkeepers.

Really nice build, maestro. Can’t find a single thing I don’t like. Maybe except that Machinist Powder… but then I look again and even that Powder makes sense.

BTW that DPS is on a dummy, right? So no Barbaros proc, no Bloodfrenzy, no Ghoul?

IMO spam arc is not effective, too much manacost. Using cadence+arc as nuke(with Aeon’s) gave +50%+ dmg, still serious AoE and no mana problems.

Oh, how the turn tables!

By the way, this Archon is trully a great build, it started putting two-handers back on the map!