Time to Sunder!.. wait a minute… time for Obsidian Tremor!!!

After checking out several Obsidian Juggernaut builds such as Valinov’s Deceiver, Malagant’s Deceiver on twitch some months ago and mad_lee’s warlock and with people asking me to try the weapon, I finally decided to make one aswell. So here is my HC viable result, a Pyromancer - an Obsidian Dream come true!

1.1.7 buffed Obsidian Tremor, so the build is stronger than ever!

All of the following will refer to the „Shattered Guardian“ set up:

Latest buffs to all 2handers (giving them flat damage of their respective element) made also Obsidian Juggernaut a little more consistent, but it would be nice if the weapon had ~45% fire to chaos conversion on top.

As most of my builds, it’s a little more survival based and tries to farm not the very hardest (SR 65+), but still reasonably high stuff as it is made for HC after all. You won’t find the craziest Crucible record times here, but the build is definitely good enough to be called an overall solid endgame char. That said Crucible 170 is definitely doable even though 11,5 mins is not very fast. That said, it was my very first run on this char ever and both Kuba healing and Aleksander getting healed cost me a LOT of time. SC Crucible Speedrunners feel free to push this build to its limits and post your times

Special thanks to:
@Valinov, @mad_lee and especially to nanditodesilva from twitch, whose username I don’t know on the forums. You made me push this char into crucible all the way up to 170.

Did you consider severed faith, or darkblaze ammy?

I did check them out in GT, but I think that the 25% more RR that full Rah’Zin’s provides has more value as the build also doesn’t have any energy issues, even with SR set.
I actually did not play the Rah’Zin setup though so my judgement might be a little off here, I only played the SR setup so far. I mostly put it there for people that don’t have the SR set.

It’s hard as shit to test changes in MC, I’ll give you that

But intuitively, I’m wondering if you could squeeze in solael pants, and sash of the bloodlord in it.

solael pants, and sash of the bloodlord

Those are some good suggestions, but the main problem with this build is OA and thus it’s kinda hard to replace Barbaros and Rah’Zin. So you’d need to have some insane affixes on those Solael pants.

R u havin’ a giggle at me there, mate?

…
wait what happend to cratecon?

I really like this weapon and the unique skill which it provides. Also up for a Cratecon. With or without the tribeers

How old are you man? What’s internet for?

Jk, really cool idea. Although if existed Cratecon will be probably in USA, which will cut the people’s opportunities to travel.

and I should be then

Hmm, Maya will be dressed as Kuba cause it’s so fluffly 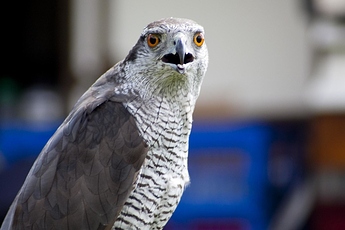