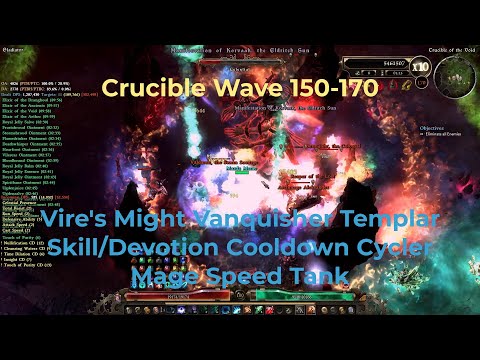 The video covers the build from a high level and goes into details regarding how it works and where to get gear.

I’ve been a huge fan of Grim Dawn since release and have come up with a lot of different builds. I figured to start sharing them, and hopefully better late than never.

It’s really easy to miss the great things about Grim Dawn, and I hope this video shows GD doesn’t have to be a slow game of standing in place and attacking – like many stereotype it to be.

I’d appreciate any feedback on the video, and I’ll answer any questions about the build, how things work, try to help, etc. Based on the feedback in this thread I’ll try to add details to this post. If you all seem to like this sort of content, I’ll be making and posting more.

I have editor privileges now, so I made the OP prettier and added details. If you have any questions, feel free to ask. I also have other original build videos planned, all of builds that can do all content without potions.