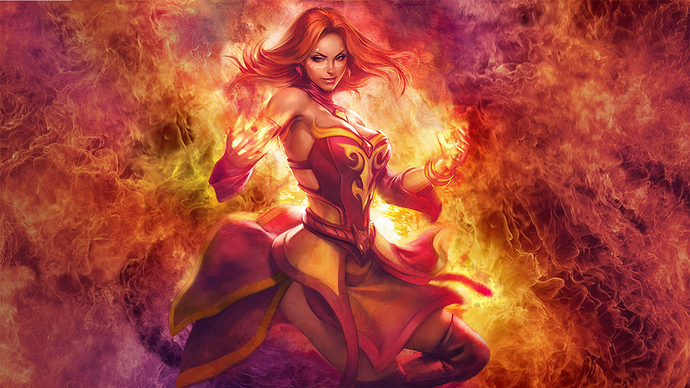 From a little spark may burst a flame. 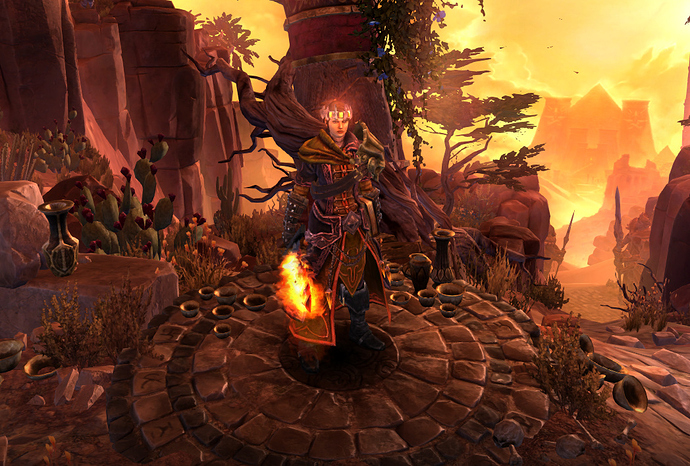 Hello everyone! Long story short. One day I was polishing Infernal Shieldbreaker with @mad_lee help (be sure to check his guide as well). Wasn’t satisfied with the result and left it for the future. Last days I returned to the build while being more experienced player, and this Shieldbreaker now truly shines 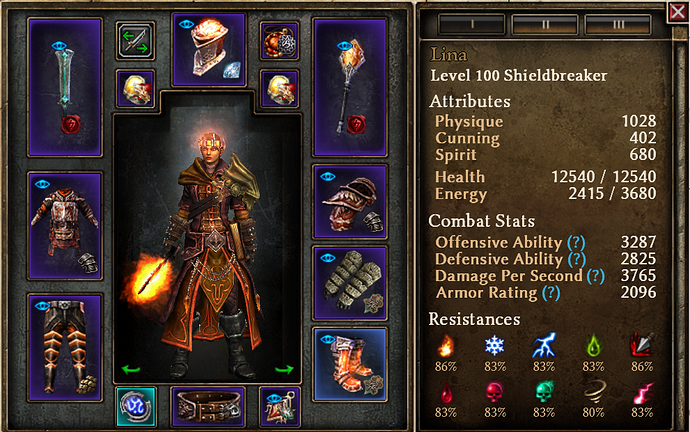 Gameplay
Aggressive caster. Follow your rotation and watch your positioning. The build is more or less skill dependent, so you might need some time to learn. A shit ton of DPS is kind a passive. Do not stay at one place. Active moves is a key to succes. Once you learn it, you’ll be happy playing this build.

I will explain some of the more advanced game mechanics that I often see new(er) players having troubles with or just being asked about in general to a pretty high extent. My goal is to keep this guide as short as on point as possible to make it helpful for beginners. There will be plenty of examples in order to give some practical tips. May the Witch Gods enlighten you!

Feedback
The set is more or less well balanced. Though, @Zantai, please change set bonus from reduced burn duration to smth more useful. Also support helm with %CDR (like Ulzuin) would be nice as soon as it’s a caster gear too.

Nice build! I like a lot the balance between offense and defense. Also it’s rare to see Hellforged pants in a build, but they give you both huge physical res and % fire damage. Also since earlier FG days have more DA.

Yes, I was surprised by such performance, though @mad_lee took the cake, when I decided not to post this build some time ago

This one is not only breaking shields! Very nice build, gj! Especially the 7:25 min calla kill time is impressive considering you are kiting her.

My bet is that this is just one of those “take this thematic stat or nothing” things.

Is Aldanar’s Vanity really better than a GG rolled Zarthuzellan’s and if yes, would you mind explaining a bit? Or was is it used over Z’s to avoid having to say “just GD stash it” (and also because the build is already strong enough with Vanity)?

Yes, better. Shieldbreaker starves on OA/DA a lot as well as heavily depends on Ascension, Ghoul and Giant cooldowns. Not to mention, +1 to both masteries gives a ton of skill points, so build has every offensive skill maxed and might invest into Vindicative Flame for more health regen as an additional defensive option.

And nice going at naked Cruci and SR 85. I really like it when a build shows naked cruci

Listen not to naysayers. They are very good for it. Just needs the right build with the right skill investment

I rate this build

Indeed… and blast shield cooldown aswell.
Thx for the explanation!

Clarity of Purpose is 12/12. I think you mean Presence of Virtue. Its for energy regen as soon as build starves on mana sometimes

Warpfire gives increased burn duration, that’s super important to have the strongest dots as long as possible until the next Ascension. Also 15% RR is very helpful vs. heavy resistant enemies as well as cast speed. ~150% cast speed on this build isn’t enough for comfortable rotation, especially with -cast speed mod.
On the other hand Mines mod on Grim Fate isn’t such useful when you can’t facetank enemies on your mines.
So the only advantage of Grim Fate is +1 to Oathkeeper.

Until you don’t have Wyrms, you need some gloves with massive OA bonus. Cinders have it as well as % damage and sweet proc.

Edit: rearrange 2 points from Vindicative Flame to Flashbang is worth, though

Blastshield isn’t affected by any -cd procs, only by global % cdr

Thanks for the run

Newbie question, which abilities do you lifesteal with? I’m assuming Blazing Eruption and Judgement, but is there anything else?

judgment has no weapon damage so it cant life steal here

the devotion bat which will with the ring conversion steal life pretty decent. When ghoul is active, it will life steal very efficient. Fiend proc also helps out a bit.

I tried this build in Crucible, only change was adding of Amatok’s Breath Rune. Build is fun and is a nice fire show. Sadly too much monsters stuck in corners and didn’t catch perfect opponents/conditions, so my fastest run was 5:32, video: