Grim Misadventure #170 - A Crucible of Sights

As you well know, V1.1.7.0 is fast approaching, and with it a menagerie of new Monster Infrequents to hunt for. But here at MOAR industries, we never stop working on an update until we hit the character limit on the forum (again…).

You may find yourself wondering what other surprises are still in store for you with the next patch. Today, fans of the Crucible are in for a treat!

Shortly after the release of Ashes of Malmouth, we introduced two new Crucibles to the DLC. While they expanded the roster, the tech we had in place at the time necessitated that the arenas were still themed after base game areas.

Thanks to some tech changes, we are now able to introduce new Crucibles that are inspired by expansions. This does however necessitate that you own the respective expansion to enjoy them, so if you own Ashes of Malmouth, you will soon have two new arenas in your roster.

Crucible of the Woods 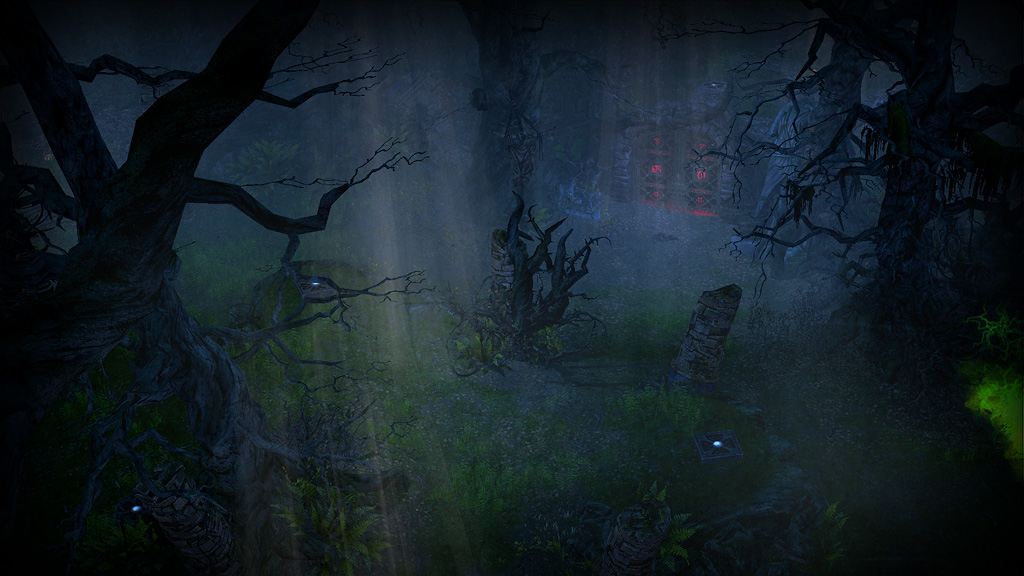 Crucible of the Bog 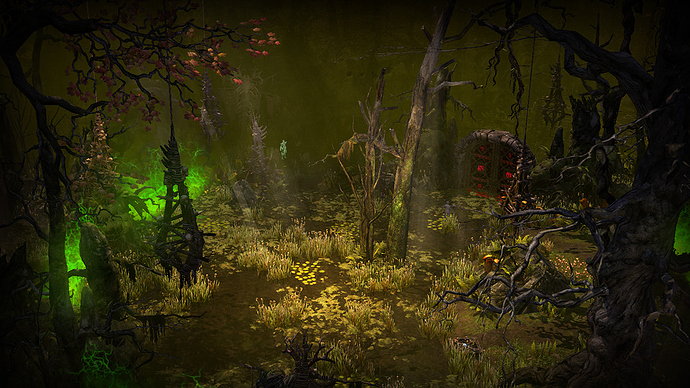 Now if you also own Forgotten Gods, you will unlock two additional areas!

Crucible of the Stars 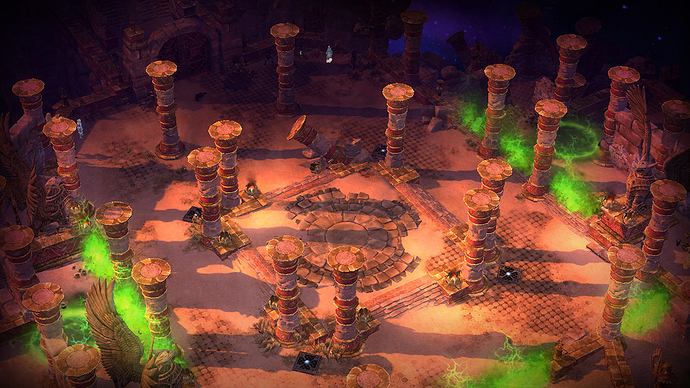 Crucible of the Crags 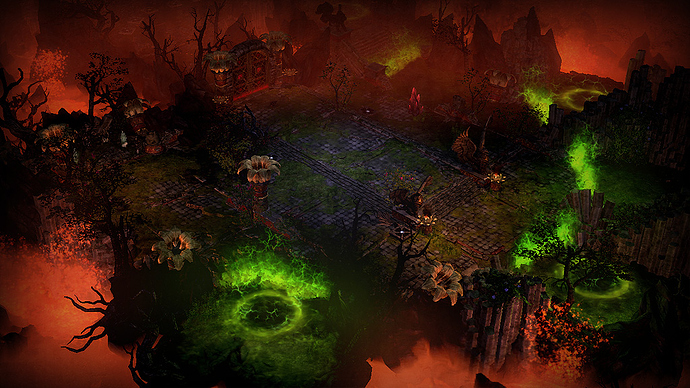 MOAR…AGAIN
Sure, why not, moar! If you’ve been hanging around the forum, you may have noticed a thread in the feedback section called Updating Old Epics to Mythical Status. Players have contributed ideas for their old favorites, and we’ve been listening. Over 30 base game Epic items are receiving the Mythical treatment and getting added to the Forgotten Gods loot pool. That includes an update to the Soothsayer set, for those interested in a support playstyle at endgame.

Between old Epics being new again and a new collection of Monster Infrequents, the loot hunt is getting another sizable boost.

Naturally, your next question will be when V1.1.7.0 will grace you with its release. The answer is, posthaste! We expect V1.1.7.0 testing to wrap up by the end of May, so look forward to the next content update by late May/early June!

Like knowing what is coming up next for Grim Dawn? Check back on 06/15/2020 for the next Grim Misadventure.

For context about the characters limit on posts, Zantai is nerfing everything. So he had to put every item in the game in the changelog.

Hmm time to get back into crucible I guess, despite all the bugs

Do you mean those bugs that will be fixed by this patch?

With some detailed information provided by a Praetorian recently, we were able to pinpoint the cause of monsters choosing to remain in the spawn areas of the Crucible and have addressed two separate bugs for v1.1.7.0.

crucible of the pog 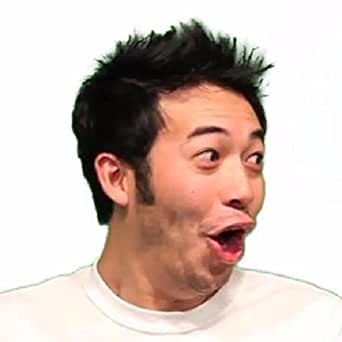 Well I can assure you you won’t hear about it in a GM.

Well I can assure you you won’t hear about it in a GM.

Hopefully @medierra sets up a similar format for it once things start getting live.

“late May/early June!”
what is this? Crate Entertainment actually does have ETAs

I hope this doesn’t mean crate will be bought by tencent or similar companies.

Will the fixes in the Crucible spawn areas make it more likely that all the Nemeses will jump at you during the harder waves (160 & 170, not to mention the lower waves for those who don’t have complete builds yet)? I liked the fact that if you fight a Nemesis in one of the corners, it took some time for the other Nemeses to come out and reach you - it allowed you to focus on a priority target and get it out of the way and have player planning and skill help you towards victory.

Having all of the Nemeses jump you at once will definitely make it harder for all builds and make the requirements to pass them much more demanding. Hopefully there will still be that element of skill where you can plan out and take out some dangerous enemies before they all jump the player at the same time.

no tentacle or flesh based Crucible theme, but it seems there is some Astral touch to the new ones so this is good enough, and thanks for spoiling your players again Crate with freebie updates…

Yeah, but when will we hear more about it? This 12-18 month project is now 3-4 years old and still waiting for it.

Clearly he’s not nerfing MIs, but those don’t exist. So yeah, probably nerfing “everything”.

Another month or so feels like a nice waiting span before I binge GD again.