Last time, you had your the first glimpse into the new areas being added to the Shattered Realm. As part of our MOAR policy, you’ll be absolutely shocked to learn that the number of new levels has since gone up from 15 to 20!

This naturally does not mark the end of our v1.1.9.0 journey. Today, we’d like to unveil the assortment of unique rewards you can hunt down while traversing the Shattered Realm. 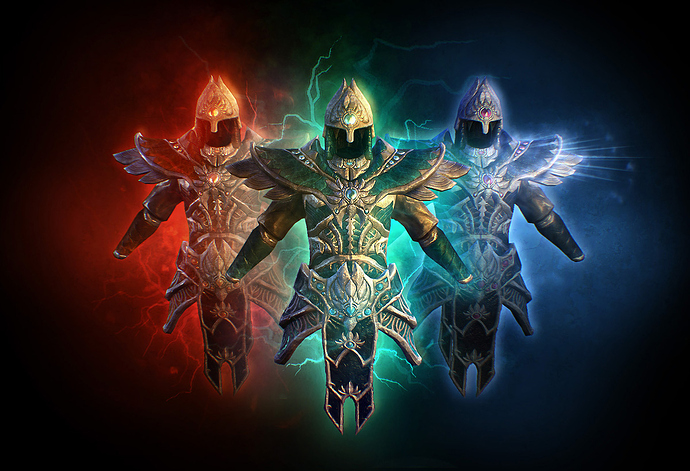 With v1.1.9.0, the Shattered Realm loot pool will be enhanced with the addition of 12 new Legendary items, split across three sets. These items will drop at any Shard on Ultimate difficulty, though you can naturally expect their drops to be more common the higher you go.

Let’s take a closer look at each of these sets!

Note that as with anything previewed before it’s in your hands, everything is subject to change! 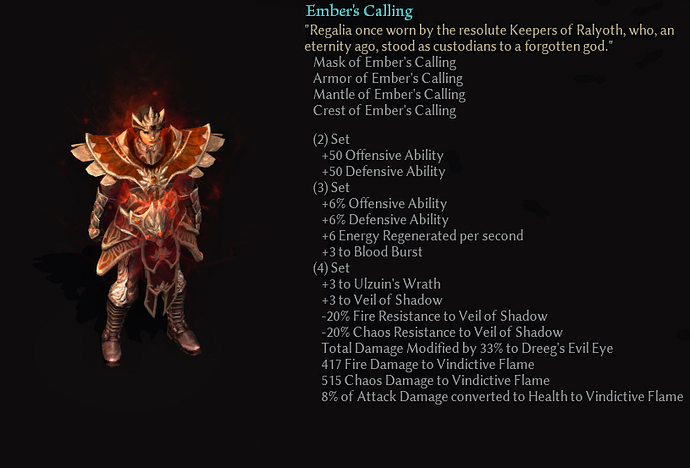 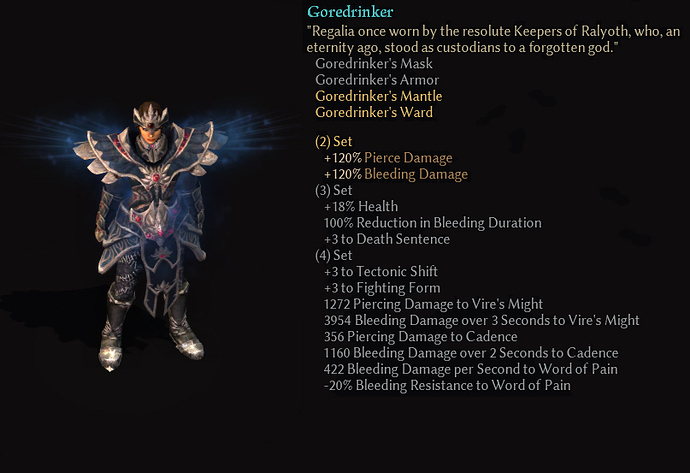 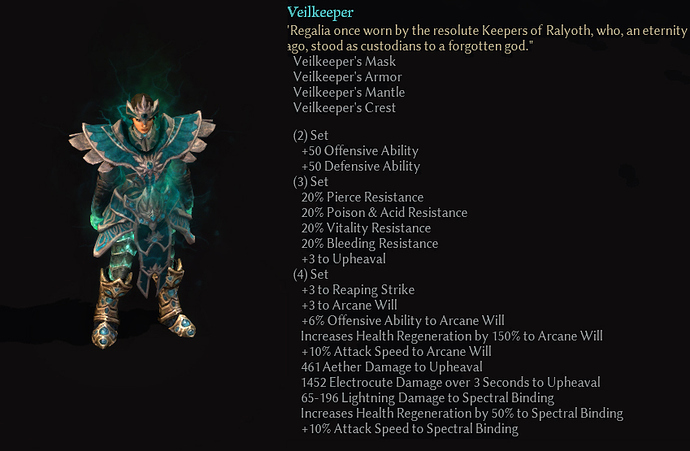 The armor of the Keepers of Ralyoth will open up new build opportunities, but their regal appearances made us rethink the versatile Shattered Guardian Armor. We’ve decided to go back and make this set worthy of its Shattered origins for v1.1.9.0! 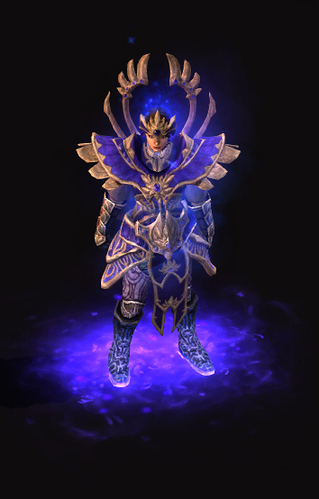 For those that enjoyed the original appearance, fear not. It will still be available for purchase from the vendor in the Splendors of the Shattered Realm in a ceremonial format.

Like knowing what is coming up next for Grim Dawn? Join us on 01/11/2021 as we welcome in the new year and reflect upon another amazing year for Grim Dawn!

I haven’t even read it yet, but I’m hyped! PogChamp

Amazing update thank you for everything

it seems each custodians of ralyoth’s forgotten god have masteries over the aether(green cyan armor), the void (red orange armor), and death/entropy (blue black armor). is this a sign that to survive the post grim dawn cairn, mankind had to master and use what their enemies use against them. anasteria’s quest chains seem to point to this direction.

These sets look amazing. Thank you!

Amazing design, I look forwand to the new patch! Great work as always.

Great possibilities! But I want to ask a question, why non of the set pieces have no physical resistance? They occupy helmet,shoulder, chest spots and set bonusses also doesn’t have any. It will be really hard to get even %15 phys resist with some class combos like saboteur, spellbinder, druid which are supported by the sets.

Good catch without phys res they will be extremely marginal.

Good catch without phys res they will be extremely marginal.

Veilkeeper has good defense mechanisms with arcanist and necro side but non of the combos with shaman or spellbinder has phys resist either. But atleast the shoulder gives %3 lol

You need certainly a pants/boots with phys(let’s say %10) resist and maybe you can use seal of might with non-aether builds and then you can gather %20 perhaps. Or you limit your devotion plans and take the ones that provides phys resist and sacrifice other things, again it won’t be more than %20 aswell.

Edit: Since my comment that accepts that I missed a few phys resist sources was moved to pre-bitching thread, I wanted to add something here.

I’m excited ofc and I thank the devs. I’ve decided to not play till the patch to get more motivation when it arrives but it seems to take longer than I expect. Well atleast now I know what to do with my Witch Hunter.

Fantastic set, the most fantastic that they have is 3% phys. res on those aether shoulders across all sets.

it seems each custodians of ralyoth’s forgotten god have masteries over the aether(green cyan armor), the void (red orange armor), and death/entropy (blue black armor). is this a sign that to survive the post grim dawn cairn, mankind had to master and use what their enemies use against them. anasteria’s quest chains seem to point to this direction.

These sets are found in the Shattered Realm, they have nothing to do with Cairn. It seems likely that Ralyoth is the original name of that realm, or at least one of the worlds in it. Also, those gods predate their version of the Grim Dawn.