I tried to make a vitality Primal Strike build work for a past couple of weeks. I tried Conjurer and Ritualist and they were both very squishy. One day I looked at my list of PS builds and I saw that two of my best builds were Warders. So I tried vitality PS with a Warder – and it worked! It is not as good as those other two Warders but it is finally good enough which is a miracle for a vitality PS build (it generally sucks). It works because of having damage absorption, damage reduction, large health pool and decent enough damage/lifesteal. But it was possible to do only due to latest changes to soldier mastery (I would recommend to reduce cooldown on War Cry to make it permanent or to add more CDR to Rotgheist set). This build can do SR 80 but you have to play carefully with it. It is still a little squishier but far better than any other vitality PS build that I have tried.

I also have other Primal Strike builds here. All my builds are here.

Crafting bonus on helm and gloves is to slow resistance (to overcap it). Build uses three monster infrequent items – Ugdenbog Girdle, Rylok Mark and Plagueguard Grips. You want affixes for resistances, AS and OA, DA. 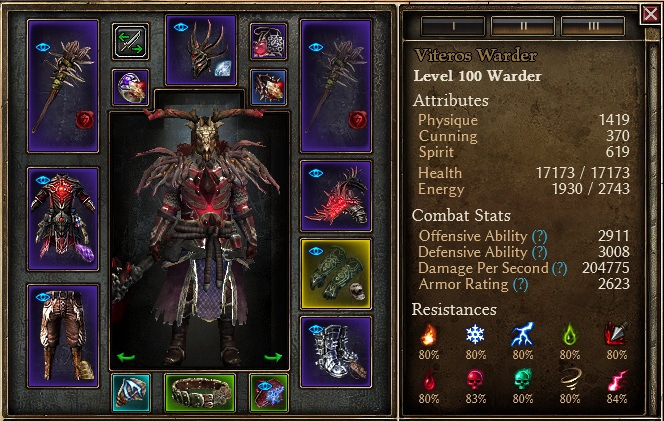 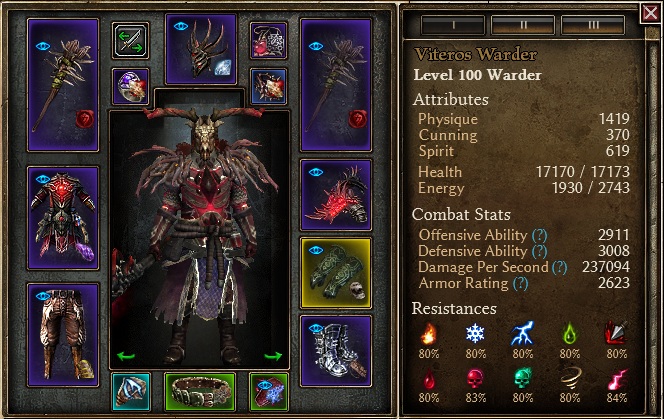 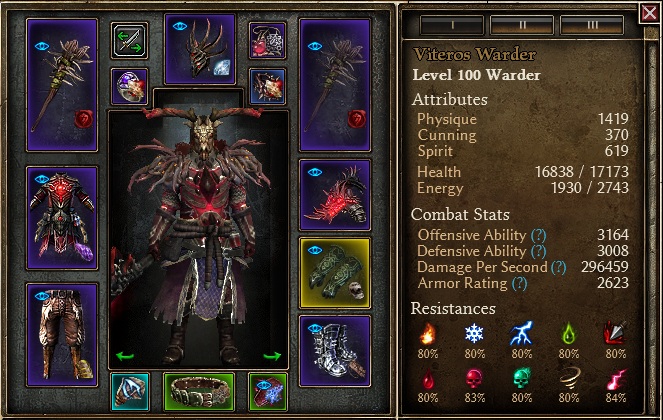 This build does SR 65-66 relatively easily. It can even do SR 80 but it is slower. Killing Kuba takes some time. Zantarin is sometimes easy and sometimes he is very hard to leech from (probably items he wears). Also try to not stand in any green ground damage. It weakens you a lot. If you die it is usually in those 2-3 seconds when War Cry is not up.

With 1.1.8.1 patch and changes to Rotgheist set this build got 2 % more ADCtH on PS, lost 1.5k in life and gained some DA. Overall a slight nerf because that life is sorely missing. Vit PS needs damage mitigation and not more lifesteal.