Help me build Harry the has-been, a washed up accident prone alcoholic with an attitude problem

A discussion taking place in another post has inspired me to create a character with lots of lore potential.

Harry the has-been is an old veteran, who served the black legion in the times before the Grim Dawn. He had grown accustomed to the respect and admiration of others, and gotten comfortable with his status as a hero. Sitting back and resting on his laurels, Harry had the life- Drinking away the days and living off his monthly Imperial stipend. However, when the Malmouth invasion transpired and Aetherials poured into the city, Harry was drunk and engaging in lewd acts on a brothel ship in the harbor. Luckily for him, the ship was able to escape the carnage, however Harry remains convinced had his efforts been lent to the battle, the Aetherials would have done an about face and run back to their own dimension like cowards. He was sure to announce this fact to anyone he met, and those who raised any criticism on the subject got a sucker punch to the face. Most people would laugh it off, and excuse the act, on account Harry was now an older man, and the punch would often miss.

I need to know of any and all gear specifically with disadvantageous procs, such as Chains of Anguish and Boots of Unseeing Swiftness. Harry will be wearing every possible piece of gear that has a proc chance to ruin his performance. He will also constantly be under the effects of Burrwitch Brew. If anyone knows of any other gear pieces that grant disadvantageous procs, please let me know. It’s essential for this build.

Thank you all in advance for any help you can provide in this very important task.

Is this a reference to a certain lieutenant double-yefreitor detective?

The gazer chests have a debuff on them btw. https://www.grimtools.com/db/items/2941

I cannot WAIT to see how this turns out.

I know it’s not necessarily a disadvantageous piece but if he’s constantly cocking things up, I see no reason why he shouldn’t wear these: https://www.grimtools.com/db/items/9175, because that much Burrwitch Brew is bound to loosen the bowels.

lol oho yeah, those are a good choice. Bonus points for “artistic impression”.

@jawa I forgot about the gazer man, I will definitely use it! Thank you! 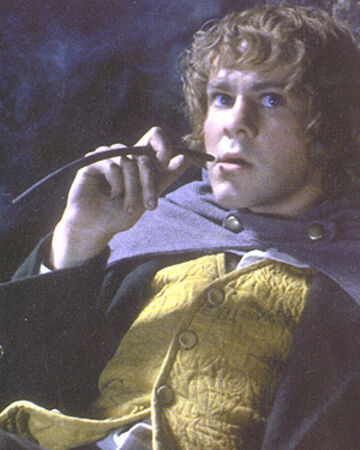 Like Harry, Merry is also a bit washed up and accident prone and susceptible to addiction (meth). Some would say it just runs in the family.

Not to go into much detail, here is a preview screenshot of the current Harry the has been… More to follow, in the NPC Lore thread.

Harry the has been now running with scissors!

I will also be using the Sacrifice relic, again for self HP drain while active.

Going to take Prismatic Diamond for the head component, and actually got to thinking that procs involving loss of HP could have fun interactions on this guy.

Going to toss the soiled trousers on him and probably also use the Cauldron of Excitement for a helm.

Anyone have any other ideas?

Anyone have any other ideas?

I may be going daft but isn’t there something that boosts your damage resistance but makes you really really slow? I am totally blanking on what it is, so may be completely misremembering.

Please let me know if you remember, Ill want to see about using that. Unless its boots.

Debating second class at this point, heavily considering either nightblade, oathkeeper or nightblade. Vitality damage creeping into center stage, and it has me brewing ideas for a really interesting build.

I’ve searched GT for -*% total speed and -*% movement speed and the only items with a penalty to the player I’ve found are Anguish and the boots Knife’s already wearing (each search with ~20 results so it was easy to check them all).

Maybe it’s from a skill? Or devotion? I’m on my damn cell now and it’s hard as hell trying to search for stuff in grim tools on that. Actually the more i think about it i think it might be a devotion. Check soldier and OathKeeper tanky skills though just in case.

Could it be the Inquisitor Seal -% cast speed but increased chance to dodge projectiles or whatever?

I was considering making him an infiltrator an going for max dodge/evade but I felt demo fit the flavor better since he’s always eff’d up on Burrwitch Brew. Blackwater’s cocktails is like him sticking a rag in the bottle and lighting it then tossing it. I could go Purifier with him for the seals null field but I’m really tempted to push night blade for pneumatic burst’s shadow dance and try to max dodge/evade as best I can.

Thermite Mines were to help him level, I’ll likely respec those points. Bwc w/modifier makes prep time of burrwitch brew bombs feel more realistic, and with that being his main lore flavor, I don’t want to give him a bunch of skills. He’s pretty much built to suck, so many normal skill/passive shoe-ins are invalid. I want to go the route of dodge/evade if possible as part of his gimmick of starting a fight he cant finish so he runs away or dies trying lol. Probably going to give him Really Great Pants.

I’ll be focusing on that, and tweaking the yo-yo effect of his HP loss from procs to proc other procs.

Can’t wait to see all this.

And ignore my earlier comments. For the life of me I can not figure out what I was thinking about. Some point in the future it’ll hit me and then you’ll know I was sipping Harry’s brew right along side him.

I’ll post the updated build tomorrow after work. Was trying to hit level 75 tonight but I’m struggling at 72. He’s in an awkward place right now.

Decided to go Saboteur for Pneumatic Burst/Shadow Dance, which is already working really well at 30% dodge chance thanks to the other supports (mainly movement speed and Blast Shield maxed with Giants Blood).

Additionally I am in the process of converting his primary damage type to Vitality, and without specific gear I’m finding it’s a very difficult transition especially on such a janky build. He’s now main handing Crimson Spike, farming chronic seals to get Haunted Steel in it, right now settling for Hollow Fang.

Despite his awkwardness he was running circles around a boss room in Elite SR shard 50, slowly burning stragglers and getting the entire room triggered thanks to the cocktail and various other buffs/debuffs (Solael’s Flame with Hungering Void, spam casting it all over everything LOL.)

By far the most enjoyable part of him is his comical deaths. Mid-mobility skill coming to a complete halt to stagger drunkenly and get one shotted by a big, slow, lumbering attack. Or simply spraining his ankle and movement speed reduced only to run directly into a projectile he would have otherwise avoided lol. These have been my favorites among other hilarious moments. As a result of this I’m unfortunately unable to run him in HC while I experiment, but will still throw him up on the @MikeHeydon NPC lore thread. Will eventually run a HC version once I’ve farmed enough gear to not mind losing it on him.

Harry was a Saboteur in the Black Legion, when he served. His skills from those days are far diminished, however his raging alcoholism, bloodlust, and hatred for Aetherials have spawned vigor where many had come to think none existed. Spurned back to the frontlines by a vengeful mercenaries urge, Harry finds himself tangled in a conflict between both Aetherials and Cthonians alike.

He puts his recon skills to the test as best as he can, but his old bones cant take the stress and physical demand they’re subjected to, especially not while the Burrwitch Brew is coursing through his veins. Unfortunately, Harry cannot make it through a single day without convulsing in violent seizures unless he’s under the effects of the brew, so he MUST REMAIN DRUNK CONSTANTLY.

As a result of this fragile state (combined constant -20% OA and DA w/gazer man chest armor and brew active, and -30% Armor) Harry must rely on his old recon maneuvers that much more, and pushes himself to the absolute limits dodging and evading combat situations while “tagging” groups of monsters with his “flares” (Solael’s Flame), laying Thermite Mines and pitching flaming bottles of the brew into his enemies.

The harder he pushes himself physically, the worse the aftereffects are on his aging Heart as well. For as his blood pumps faster and faster, his life wanes (Sacrifice/Hungering Void)

I’d totally direct a movie of this.

Definitely do not HC this guy. I want his story to keep going. 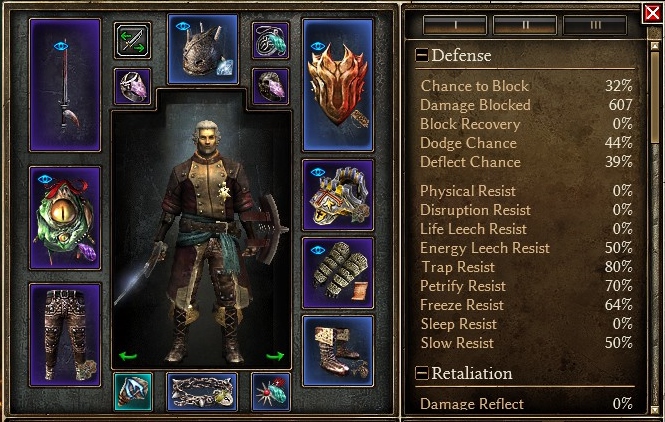 Harry the has-been. has. been. busy. Now, he is level 78 and though far far far from finished, is causing quite the ruckus in Cairn… After somehow managing to row an escape boat to the Malmouth shoreline, nearly drowning as the pleasure barge sank in the harbor, still half drunk, Harry looks about for anything to arm himself with… 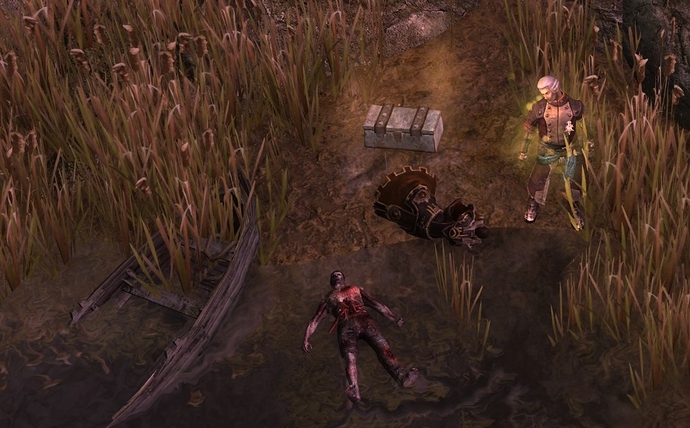 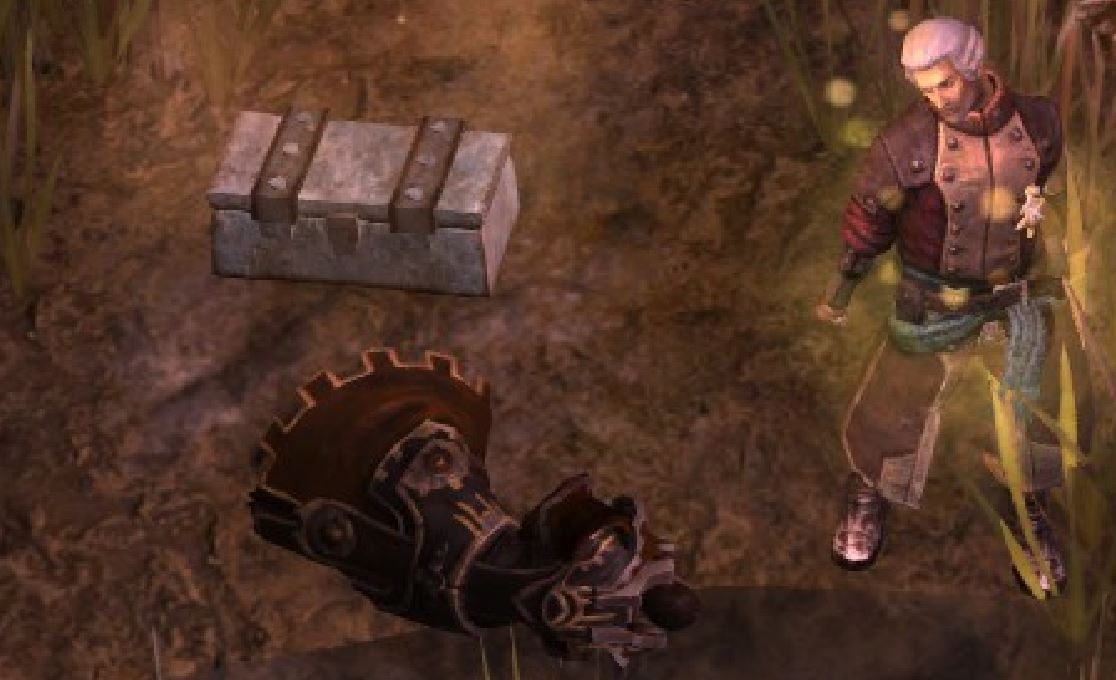 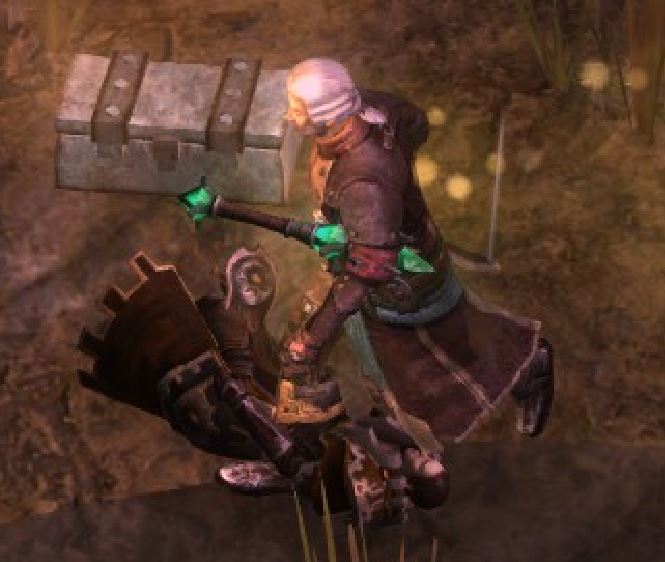 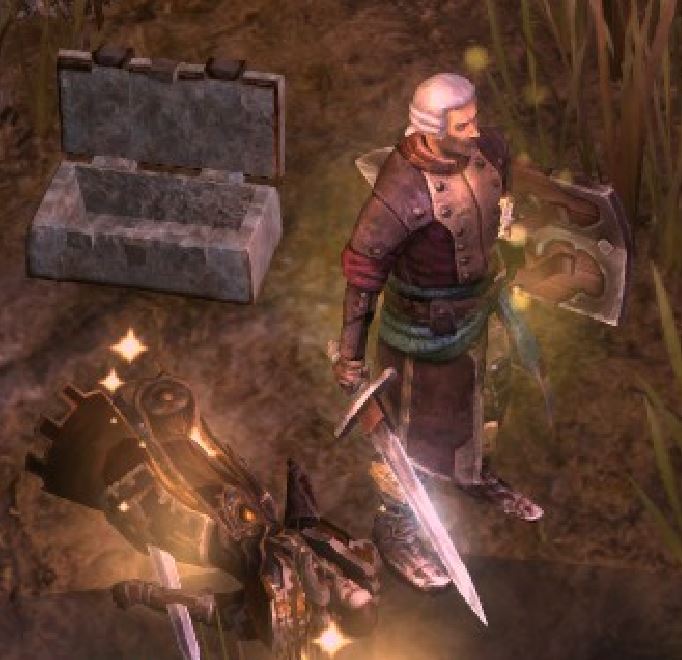 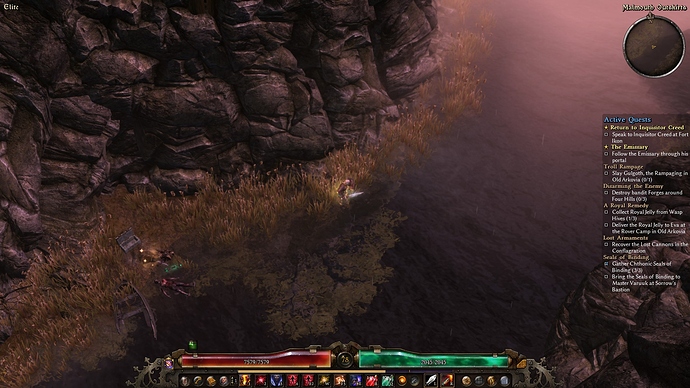 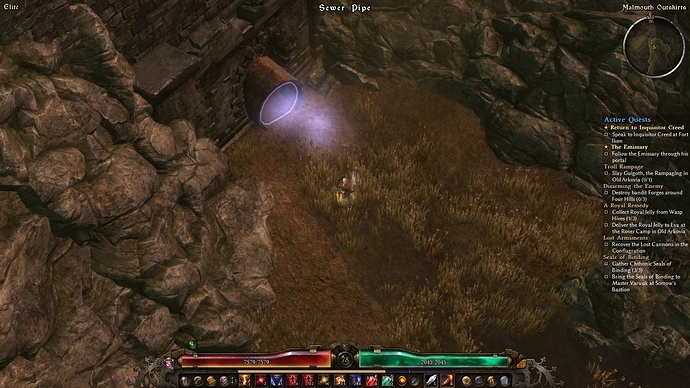 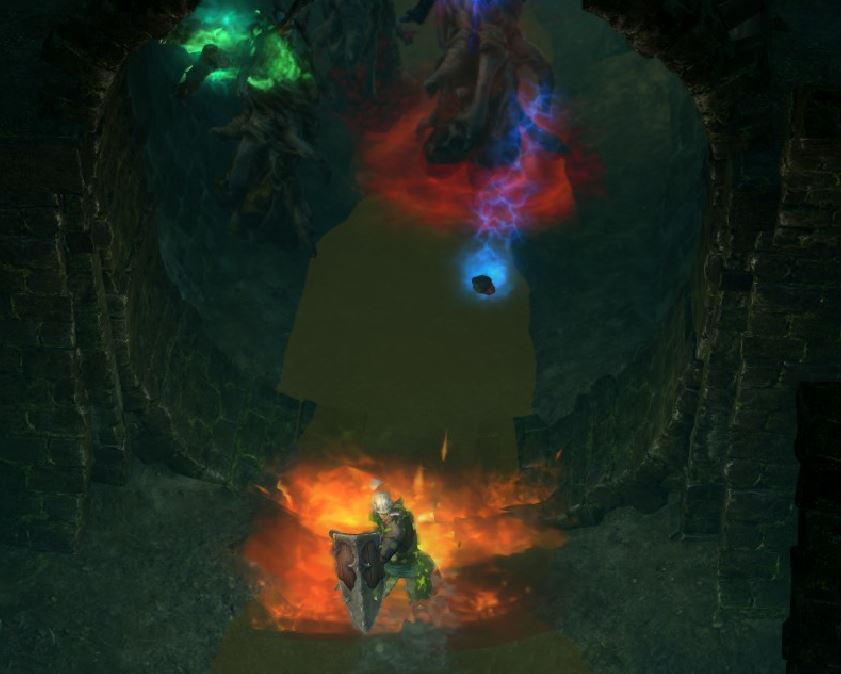 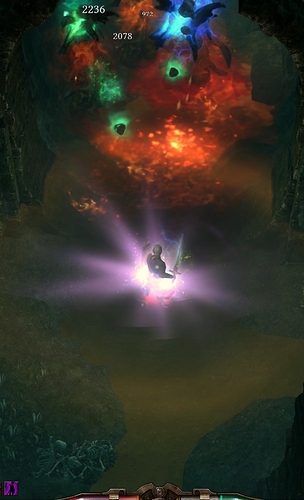 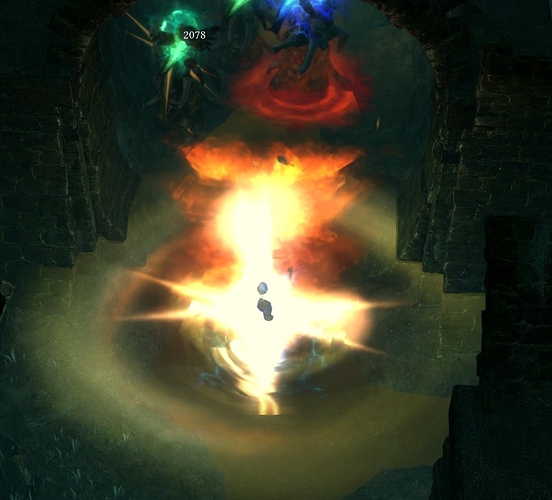 As the smoke cleared, small coronas of static jumped across the dust and debris particles, seeming to hang in the still air after the impacts and explosion, snaking around Harrys unscathed physique… 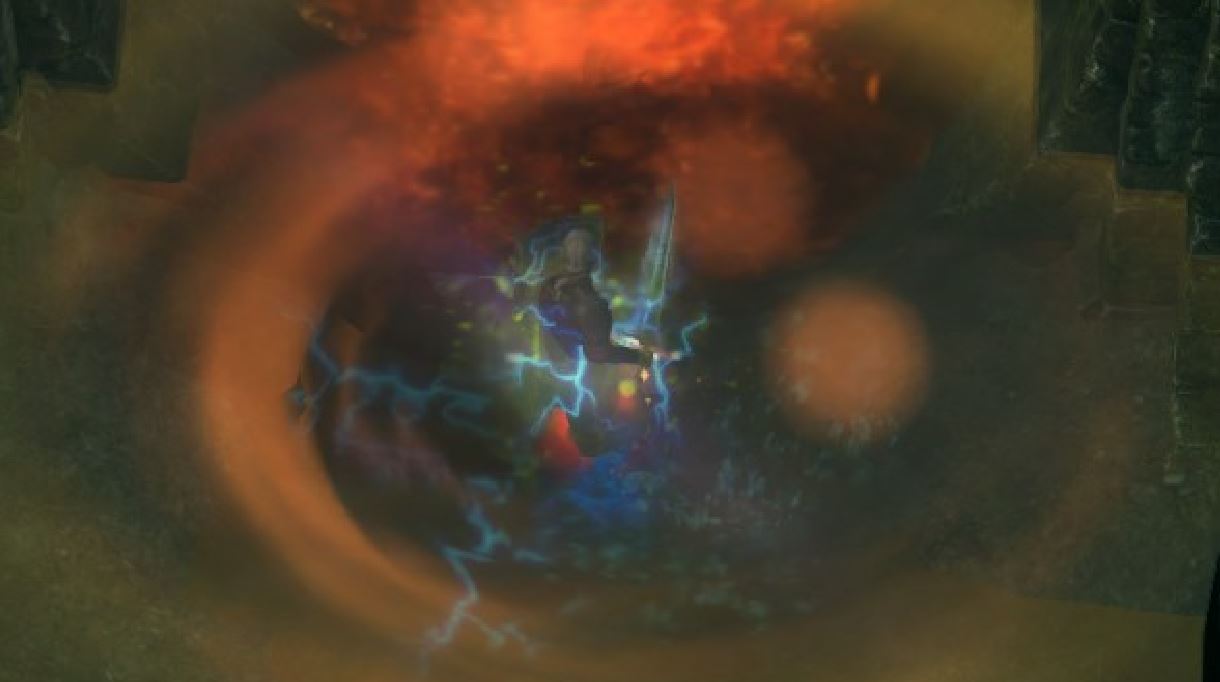 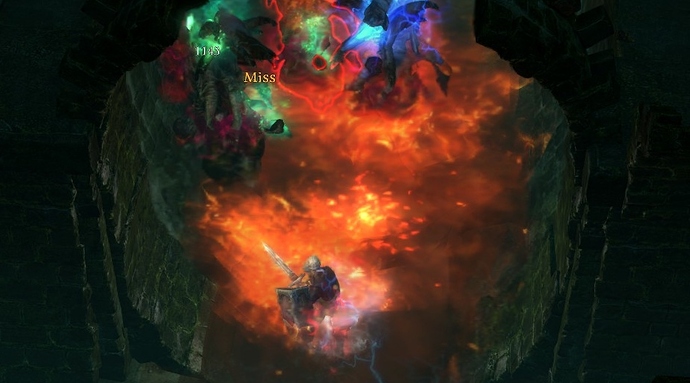 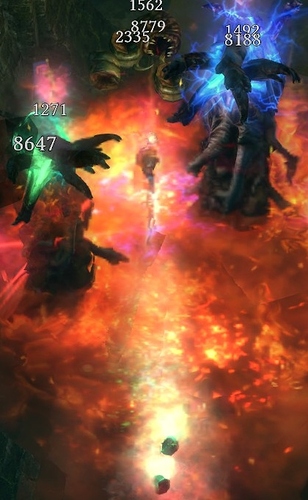 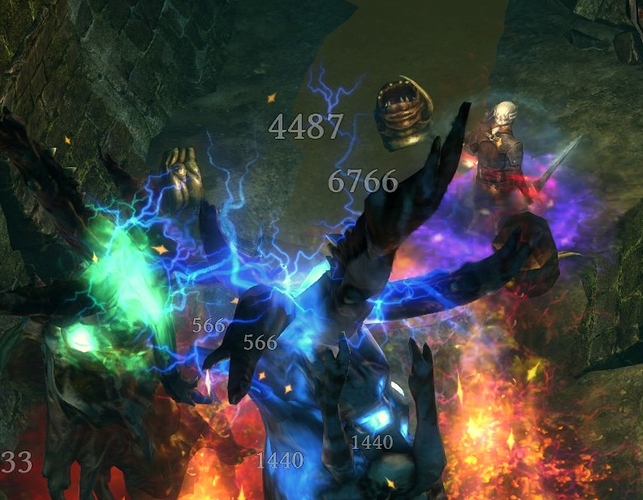 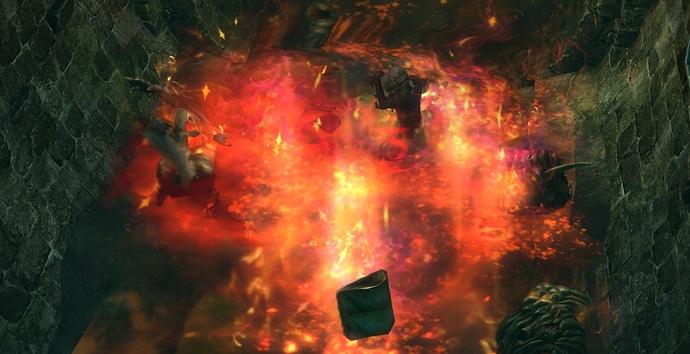 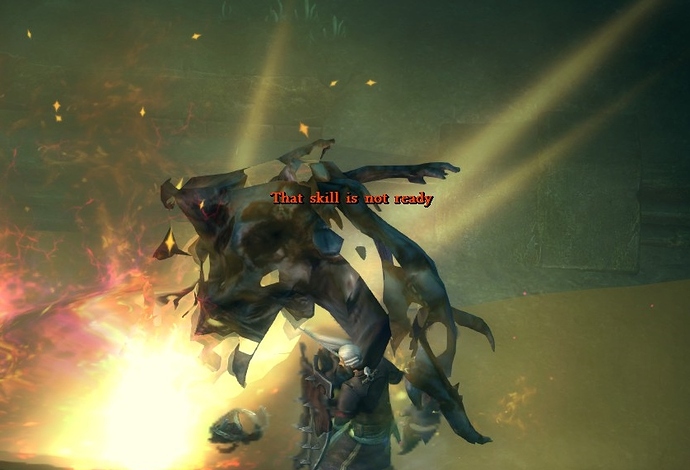 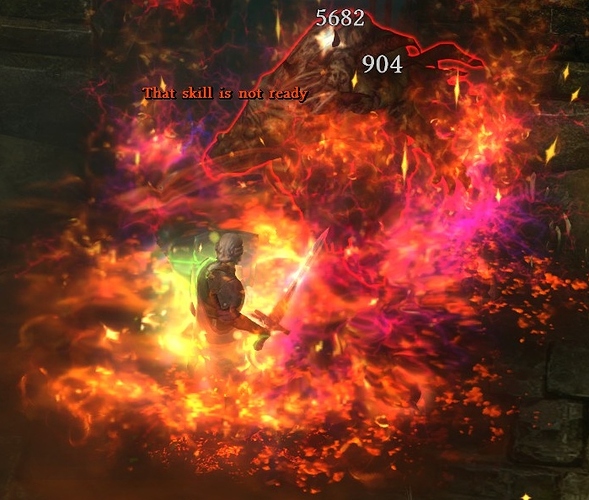 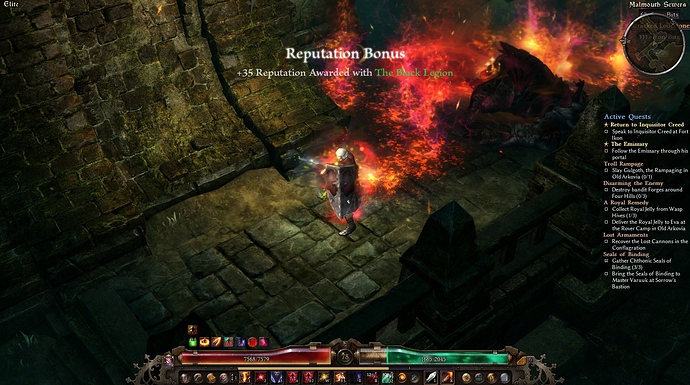 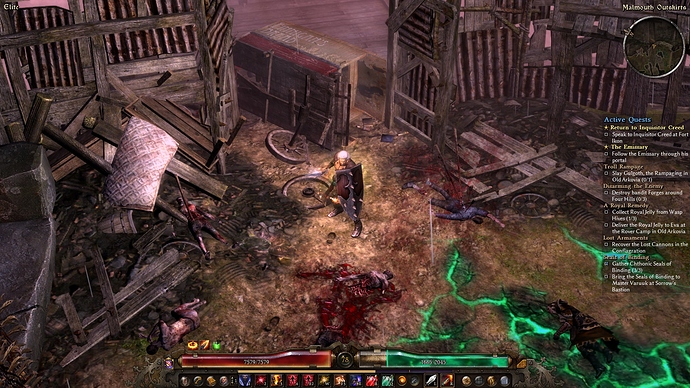 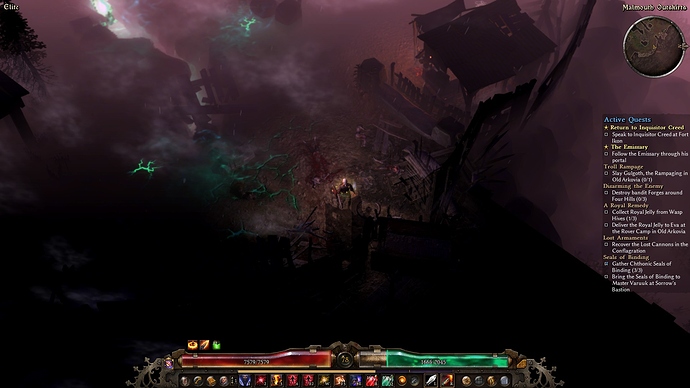 Great screenshots! Don’t know if you’re the same but I love playing with zoomed camera. It really enhances the feeling of ‘being there’

I’m definitely the same. Especially for capturing shots, from close up you can really see a lot of shit that normally is missed