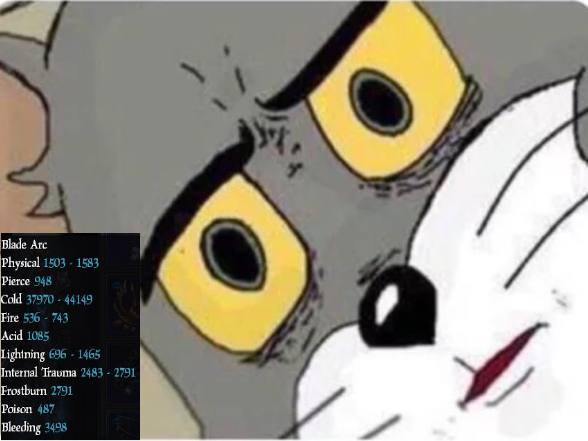 Credit for the picture goes to @Tararihen

This is going to be a short guide. This build was born as a kind of a joke during some random banter at @Safarel discord. After some tweaking and testing I decided to post it since build proved to be relatively strong and there are very few decent 2handed builds around anyway.

To make meme-concept into a working and consistent build I decided to use Shattered Guardian set and Winter King’s sword. Iskandra’s relic was used for two reasons: great elemental build support and cost reduction, since Blade Arc spam is very energy hungry. Slithscale pants were chosen over Barbaros for Aether resistance (which build was lacking), Beasts damage and a high cunning roll which synergizes with build’s huge Cunning stat dump.

In Crucible try and herd as much mobs together as possible to maximize your damage output, including Nemesis waves. I’ve made about 20 testing runs at 150-170 and never died, build felt almost immortal, but still, be mindful of debuffs and use your two teleportation skills generously.
In Shattered Realm some boss chunks will be much harder than the others and will require some kiting, especially once with Grava’Thul. Build can farm 65-66 consistently, but prepare to die sometimes. 75-76 is possible with some luck with boss combos but I wouldn’t recommend it.

General with Lethal Assault up 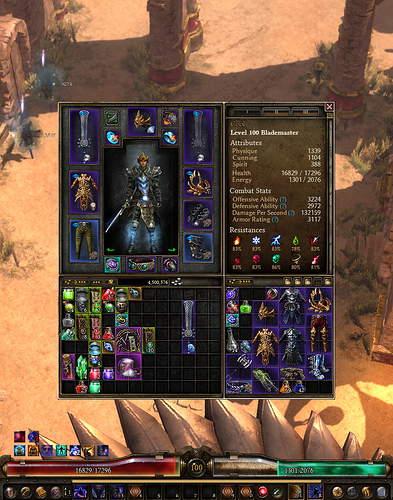 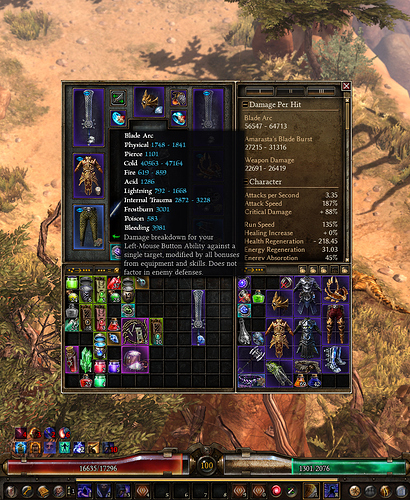 Thanks to @Firozo and his never ending search for all kinds of meme builds that inspired me to do this build.

No idea what you are talking about!

(but thanks for noticing)

Wow cold Blade Arc ? And is fast, too. That’s really creative build! And shows you how many cool concepts can be done with the SR set.

You’re gonna get realm set nerfed at this rate. Guys don’t post any realm set builds yet. I’ve got a few ideas for next patch

Can’t use SR set with that one

Thanks for all the response, guys!

Here is a video of a build facetanking Lokarr and killing him in 39 seconds (and then heroically dying himself).