@ ULVAR i didnt say that its because of the guide. Its just my opinion that off isnt the rigt skill at the beginning. I allmost made no dmg with it at the end of flooded Passage. I started the Albrechts aether ray guide from david allen and i rushed through act 1. and im now at the end. I just need to kill Krieg. And it was so easy with this guide. Everybody has its own Playstyle.

Just for the record - is this what you’re following?

Yes and thats realy much easier for me till now…

Yes and thats realy much easier for me till now…

Sorry, but it is beyond my understanding.

Okok but no war because of that

Your other guide i played also was very easy

so everythings fine. Im 21 now. We all just want to play and have fun.

Krieg dropped a very great shield when i killed him with your apex Knight. Wait i will look which it was

Watcher of the frozen North

Great guide like always. Leveling was a blast. The Idea with the conflagration relic is great.
Me is Level 94 at homestead in ultimate right now will start farming totems now until I got the needed relics blueprint to craft hexflame and switch to AAR.

Is there a AAR set I can use later with the Templar?

Great guide like always. Leveling was a blast. The Idea with the conflagration relic is great.
Me is Level 94 at homestead in ultimate right now will start farming totems now until I got the needed relics blueprint to craft hexflame and switch to AAR.

Is there a AAR set I can use later with the Templar?

No, there’s no fire AAR set in the game. Same as lightning AAR, fire AAR just uses either some other fire set for elementalist (Pyran, Iskandra) or non-set items.

but its strong enough without a “real” set to do what? How far can we go? also what content I can more or less easy farm lateR?

INTRODUCTION The reason behind this build is to make another AAR tank - this time fire AAR with my favourite class combo - Templar. Tankiness comes from 10 % ADCtH to AAR from amulet and off-hand. Additional healing is from devotions - Bat and Scales - partial conversion from vitality and pierce to fire (rings and belt). I also use healing increase mechanic - base is 20 % + all crafting bonuses are to it (up to 32 % total) and Resilience increases it even more (up to 52 % total). Build is comfo…

INTRODUCTION The idea to make this build came from @venegas in the discussion thread of my previous fire AAR + OFF build (Sorcerer). This Templar is a bit stronger than the Sorcerer version. It is again based on the Mageslayer set’s OFF + fire AAR + a lot of CDR (Aeon’s Hourglass, Aldanar’s Vanity and Eternity). It has more DPS but I had to change Star Pact for Reckless Power for damage and casting speed. There is therefore less CDR and because of no health regeneration I don’t use Behemoth. So…

With right gearing I see no problem that a fire AAR templar can farm SR 75-76 in ultimate.

https://www.grimtools.com/calc/gZwGXRjZ sketch I made, which I based on adoomgods sorc [1.1.4.0] Xiuhtecuhtli the God of Fire AAR [c+][sr75+] - Sorcerer I did play similar as presented above a few patches ago it felt strong as any other AAR build (save for aether spellbinder which is in its own leauge)

Edit: dragon beat me to it

Does the part about Piercing to fire conversion still actual? Bat seems to have a lot more Vitality damage than pierce.

Does the part about Piercing to fire conversion still actual? Bat seems to have a lot more Vitality damage than pierce. 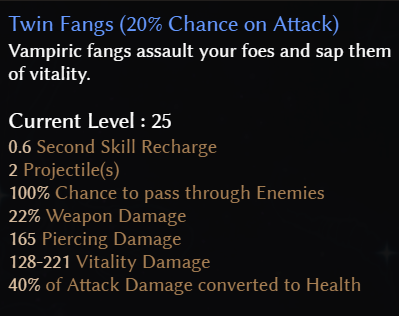 also, what else are you gonna use as belt?

Pierce to fire is easier to find on gear than vitality to fire conversion.

This should have purple text right?

This should have purple text right?

I also assume you’re talking about the Mythical variety, it is much better.

(I have a different Aether ray build and didn’t really understand why I’d want to use the normal one as it lowered my damage too much compared to a green item. Then I found the mythical version and it started to make sense.)

I also assume you’re talking about the Mythical variety, it is much better.

Fixed this too, thanks.

(I have a different Aether ray build and didn’t really understand why I’d want to use the normal one as it lowered my damage too much compared to a green item. Then I found the mythical version and it started to make sense.)

You can use the Pulsing Shard if you manage to get one with fire affixes, but tbh compared to other AAR builds this build just doesn’t go all in, to the point when a friend of mine said that it’s a nice Vire’s Might build when I sent him a save file.

I really like the way you put together your guides!

They save my ( mental) life on various occasions.

Fire is main dmg, but arcanist lacks RR. is it much of a hurdle?

Fire is a damage type that can be heavily resisted by monsters in endgame, so you are correct in thinking that RR is very important for fire builds. For this reason, you could think at first that arcanist is a weak choice for fire builds, but arcanist has so many other advantages that make up for the lack of RR: great OA sources, best spirit passive in the game, racial damage, nullification. The spirit boost is especially impactful if you heavily spirit dump (usual approach in the current meta of fire endgame builds). While leveling, you might find some very resistant mobs that are going to be annoying to kill, but if you follow the guide (devotions, skills, gear), it shouldn’t be a big issue (conflagration and AAR damage are very good).

Some of the most successful endgame builds use arcanist for fire damage, so don’t worry about it. Some examples:

[BMC_Mortar_Monkey_Fix] Introduction Mortar is skill present in few high-end builds in GD but up until recent build by @Ulvar1 Big One has been neglected and treated as damage loss. It was improved recently, still isn’t convincing enough but wanted to try it out. In theory should boost single target damage and AoE is always present on fire casters. Also wanted to mix things a bit, adding Canister Bomb skill with 3 pieces of Ulzuin set, including the medal and it’s mods to Blast Shield. Mayb…

Great build guide as always, Stupid_Dragon. I think that vanquisher templar is a great alternative for beginners due to the speed that you can target farm gear and materials with it.

I really like where you explain when you should switch between AAR and conflagration and how to have good sustain with fire bat. I recently levelled a sorcerer with conflagration from level 40 to 90. In normal difficulty (up to lvl 65), I was melting everything and didn’t have to worry too much about defences. However, by the end of elite (acts 6 and 7), I started taking a lot of damage from mobs (mainly physical damage I think) and the lack of sustain became an issue. I didn’t have bat devotion and that belt is not a great option for a sorcerer. How would you solve the life sustain issue when leveling a sorcerer with conflagration? I went with giant’s blood linked to maxed out blast shield and maxed out vindictive flame for bonus regen, but was still taking too much damage and dying sometimes. My armor was probably too low, but it still felt bad since some people manage to level with lokarr’s set on HC.