The reason behind this build is to use conversion on Avenger’s Crusher to fully convert lightning damage on Primal Strike to physical damage. For physical damage support and general tankiness I have chosen Soldier as the second class. Because of bonuses to both classes and tankiness I have chosen the SR set as the core of the build. Build has few active skills and is very easy to play. Build is also very tanky. Wendigo Totem gives us healing of 6 % + 740 HP every half second. That means healing of over 4000 HP/s and build also has great lifesteal. It is practically impossible to kill it in SR 80. SR 80 is a complete joke for this character.

Crafting bonus on boots is to slow resistance. 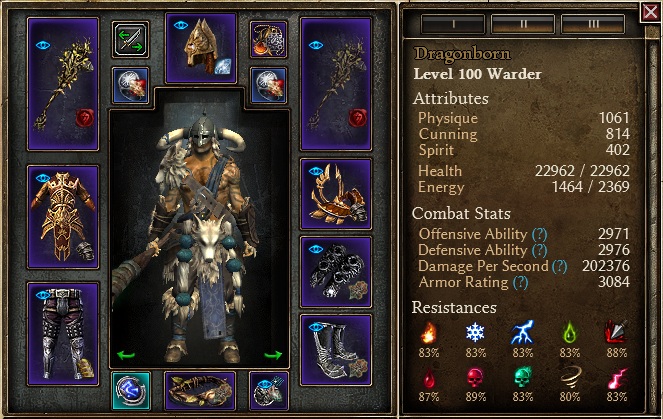 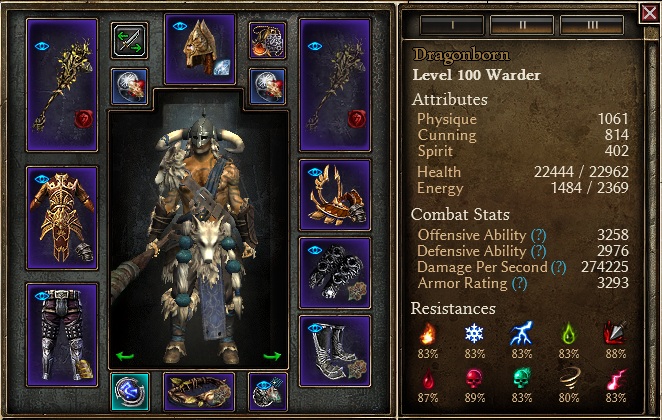 This build does SR 80 very easily. In fact it is a complete joke. I don’t push my characters higher but it can go a lot higher if you are a skilled player. In SR I use as a movement skill Wendigo Rush.

Yes and this could as well. Read the text. I don’t bother with higher SR.

Hey do you think this build can do crucible and endgame content?

Do you think it can do cruicible

I don’t play it but it is very strong.

I decided to revisit my older builds and try them in SR 80. This build does SR 80 absolutely easily - SR 80 is a complete joke for this character.

Just to let you know - after beating SR80 celestial waystone allows you to go for SR75, even if you’ve never actually been there.

Thanks, I didn’t know that.

Hi Duchy, have a good day.
Compare this build to your Ultos version, which one is better?

This is by far the best Primal Strike version there is on the forum I think regarding tankiness. Offensive side is OK as well. Certainly better than my Ultos version.

Thank you <3
I’m a fan of your tanky builds.

Looks very, very, very solid. Conversion inflicts all PS nodes which has been difficult for other builds. Amazing.

Tried against Crate ? Still looking for a build I don’t have to kite Crate with

I didn’t, I don’t fight celestials usually. And Crate doesn’t drop anything of interest to me.

I love your build because of the tanky you made.
Keep it up pls

Nice build! Have you tried with full Nature’s Avenger set? Would love to hear how it compares.

I didn’t but I don’t think it would be better. SR set has CC res and general tankiness.